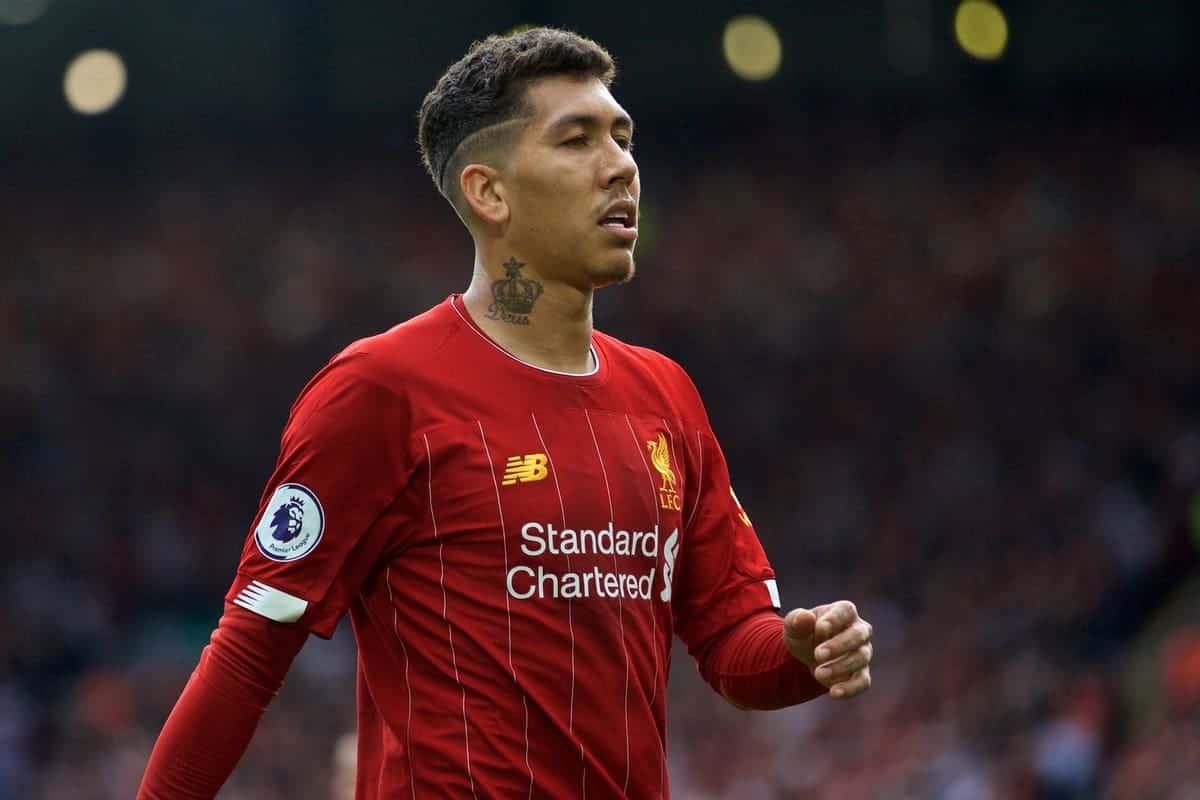 Manager Jurgen Klopp had hoped to rest Firmino ahead of the first match of Liverpool’s Champions League defence at Napoli on Tuesday but was forced to summon him from the bench early.

Firmino responded with an inspirational performance as the Premier League leaders completed their recovery from a goal down to maintain their 100 per cent start to the season with a 3-1 victory.

The score was 1-1 when an injury to Divock Origi meant Klopp had to turn to Firmino in the 37th minute. He almost immediately set up Sadio Mane for his side’s second goal and made the third for Mohamed Salah in the second half with a sublime piece of skill.

With his back to goal, Firmino received the ball from Salah, dragged it away from a defender and then flicked it back into the Egyptian’s path, putting him through for a chance he clinically took.

Firmino also created chances for Alexander-Arnold and Andy Robertson with clever passes in a brilliant display.

“I’m running out of words to describe him,” said right-back Alexander-Arnold. “He’s an unbelievable player. I’ve said it before – he’s priceless to us.

“For us he’s the best player we could have. He’s the one that makes everything tick, he’s the glue that holds everything together.

“The quality he showed here – his work on and off the ball, especially that second assist – was world class. He is a world-class player.”

Liverpool were stunned early on as Newcastle took a seventh-minute lead with a fine strike from Jetro Willems, the Dutchman’s first goal for the club.

The Reds equalised through Mane after a nice lay-off from Robertson and then rarely looked troubled – a fluffed chance from Emil Krafth aside – as they cruised to their 14th successive Premier League win. Their five-point lead at the top of the table is a record for the competition after five games.

Liverpool now travel to Italy in good heart, hoping to avenge their loss to Napoli in the group stages of last year’s Champions League. 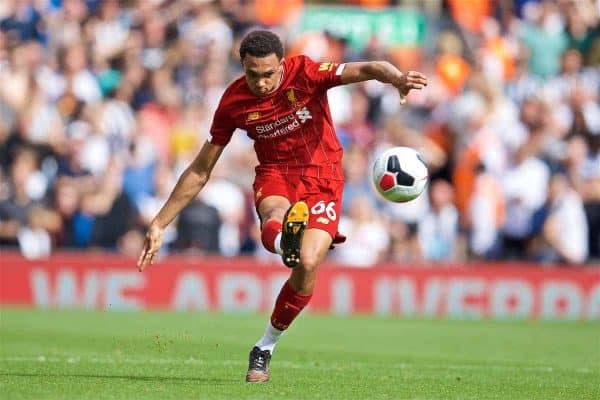 Alexander-Arnold said: “Obviously last season, it was disappointing when we went there. They scored the last-minute winner.

“The manager said it was probably our worst game of the season. It is a really tricky place to go. The fans are really hostile.

“We’re expecting that but we’ll learn from our mistakes last year. Hopefully we’ll go there with a better gameplan and understanding of the way they play. Hopefully we’ll be able to get a result.”