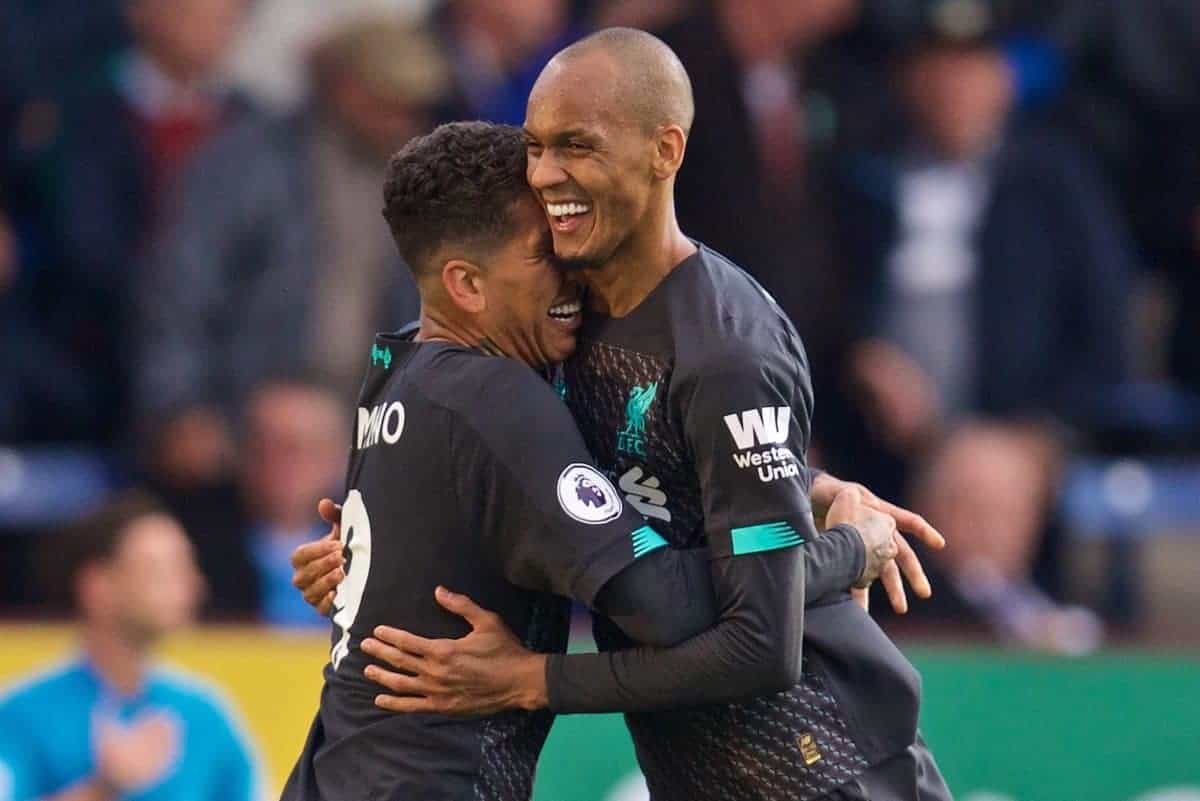 Liverpool not only cruised past Burnley at Turf Moor on Saturday evening, but some eye-catching records were broken along the way.

The Reds went to one of the Premier League‘s more awkward away grounds and comprehensively outplayed their opponents, going top of the table.

Chris Wood’s own goal set Jurgen Klopp‘s men on their way to victory, before Sadio Mane and Roberto Firmino completed a 3-0 win.

It’s 12 points out of 12 for Liverpool, who look like they are ready to fight Man City all the way to the title again this season.

Here are five of the best stats that arose after the match.

Liverpool’s 3-1 victory at home to Arsenal last weekend saw them win 12 successive league games, matching the club record set by Sir Kenny Dalglish‘s side back in 1990.

Now, this wonderful current Reds outfit have gone one better, with the three points at Turf Moor making it 13 on the bounce.

It is a quite remarkable run, outlining why many are starting to regard Klopp’s team as the best in Liverpool’s history.

Perhaps they have a way to go in that respect, with a league title essential, but what we are witnessing should not be taken for granted. 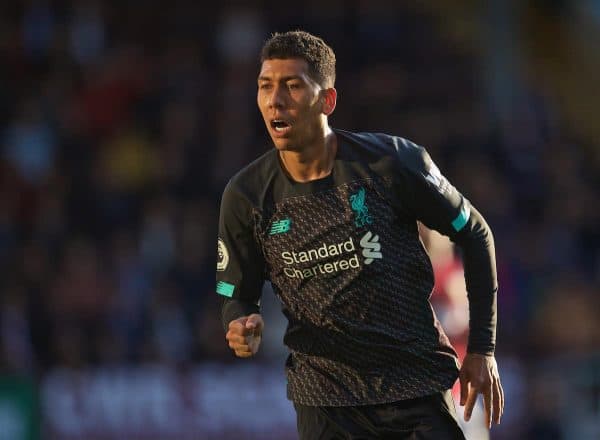 Firmino has enjoyed a superb August, playing as well as anyone in a Liverpool shirt.

His usual selfless brilliance was on show on Saturday, most noticeably as he teed-up Mane for his goal, in a move reminiscent of the Senegalese’s effort away to Roma back in 2017/18.

It was only right that Firmino also found the scoresheet, notching his 50th Premier League goal in the process.

No Brazilian has scored more in the competition’s history, as Firmino continues to stake a claim for being one of the Premier League‘s greatest South American imports. 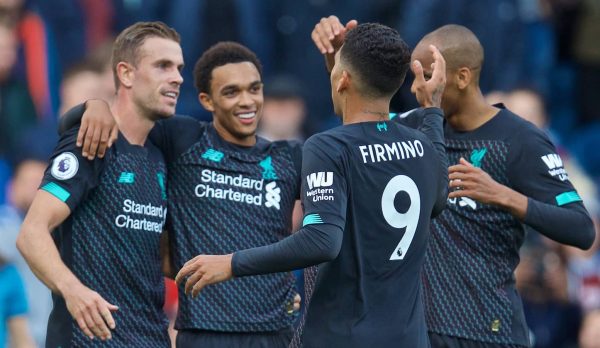 Such has been the relentless form of City under Pep Guardiola, Liverpool have needed to find a remarkable level of consistency to stay in touch, highlighted by their aforementioned 13-game winning streak.

The Reds have picked up maximum points in their opening four matches this season, which was also the case 12 months ago.

It is only the sixth time a Premier League side has achieved that feat back-to-back, showing how rare it is to start so imperiously. 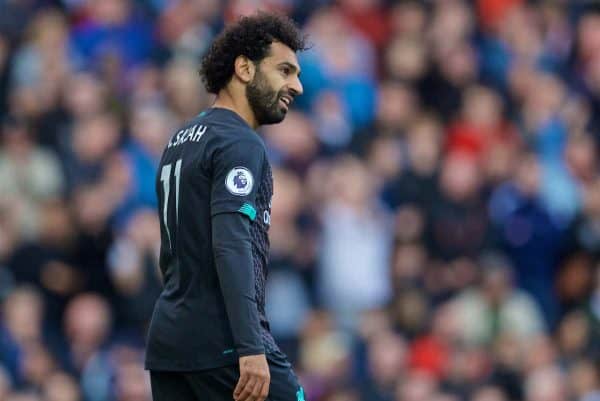 Mohamed Salah received some stick after the match, with two moments of undoubted greed seeing him shoot instead of pass to Firmino and Mane.

The latter was particularly fuming with his teammate, unleashing his anger after being substituted late on.

While Salah deserves criticism for arguably obsessing over his goal tally when the game was won, his impact was still great at Turf Moor.

The 27-year-old bagged an assist for Firmino’s strike, meaning he has now directly contributed to 100 goals for Liverpool – 76 goals and 24 assists.

This was just his 110th appearance for the Reds, proving just how astonishing he has been over the past two years.

The sight of an upset Mane on the substitutes’ bench was enough to make even the most cold-hearted of Liverpool supporters feel sad.

The Senegalese did his bit for the Reds again, though, showing why he has arguably been the best wide player in Europe in 2019.

Liverpool are now unbeaten in their last Premier League 33 games when their No.10 has scored, winning 29 those of those matches.

That dates all the way back to the 4-3 defeat at Bournemouth in December 2016!