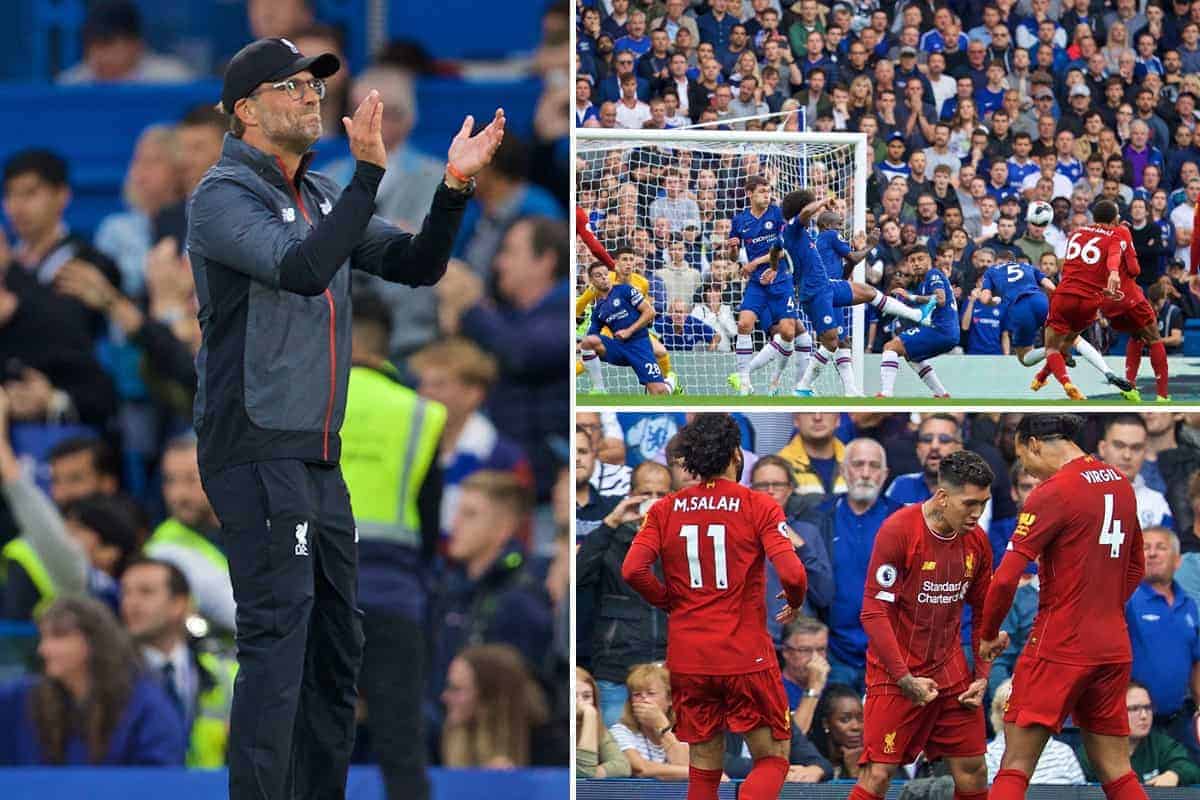 The Reds went into their clash with the Blues already top of the Premier League, but Jurgen Klopp‘s men had the chance to extend their lead back to five points.

An early bout of pressure didn’t result in a goal for the away side and Chelsea eventually found their feet after 15 minutes.

Adrian—still deputising for the injured Alisson—made a wonderful save from Tammy Abraham that ensured the scores remained tied, at a time when the hosts looked to be in the ascendancy.

The Red breakthrough came via an absolute rocket from Trent Alexander-Arnold.

A free-kick routine saw Mohamed Salah roll the ball to the right-back and he struck it sweetly—Kepa could do nothing about it.

VAR jumped in to deny Frank Lampard’s side an equaliser, with Cesar Azpilicueta’s tap-in ruled out for an offside in the buildup, and the Chelsea player, evidently frustrated, committed a foul on Gini Wijnaldum seconds later.

Andrew Robertson whipped in the free-kick and Roberto Firmino was left wide open to nod the second into the net.

It was probably one of the easiest headers he’ll score this season, and as usual it led to an individual celebration.

N’Golo Kante dragged Chelsea back into the game with just under 20 minutes left, but the Reds ultimately held on to see out the narrowest of victories.

Klopp was forced into a substitution as Sadio Mane picked up a dead leg and Salah flattered to deceive, but on the whole it was a good result for Liverpool on an afternoon when they were well below their best.

Liverpool’s focus now turns to the League Cup and a trip to Milton Keynes—where a heavily rotated team is expected on Wednesday night as the Reds go in search of more silverware.