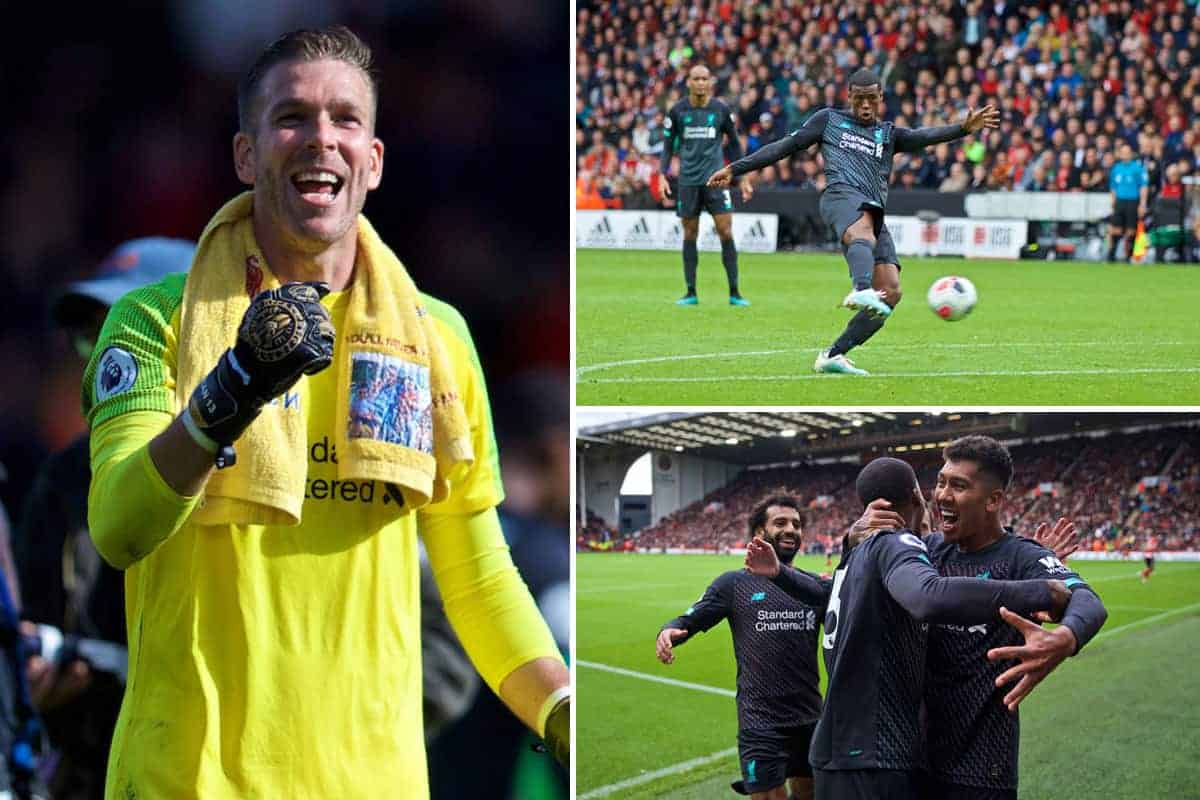 Liverpool needed a tremendous slice of luck to overcome a resilient Sheffield United at Bramall Lane on Saturday.

Jurgen Klopp named a completely changed side, back to full strength from midweek, for an early afternoon kick-off in Yorkshire, a slot the Reds stuttered in during previous seasons, but were perfect in last year.

Once again it was to be a frustrating afternoon as Liverpool lacked any sort of creativity, from the midfield or wing-back areas.

The Reds had Adrian, Virgil Van Dijk and Joel Matip to thank that at half time the scores were still nil-nil; meanwhile at the other end, Sadio Mane was unusually off-form and fluffed his lines on a one-on-one from just a few yards out.

Both Roberto Firmino and Mohamed Salah were kept quiet by a Sheffield United side who, at times, dealt with the Liverpool frontline with relative ease.

For the Egyptian, the Yorkshire side joins the ranks of Swansea and Manchester United as the only Premier League sides he’s failed to score against.

In a game to forget, the telling moment came in the 70th minute as Dean Henderson, on loan from Man United, dropped a Gini Wijnaldum shot that was straight at him—the fumble rolled over the line and the relief was evident from the Liverpool players. 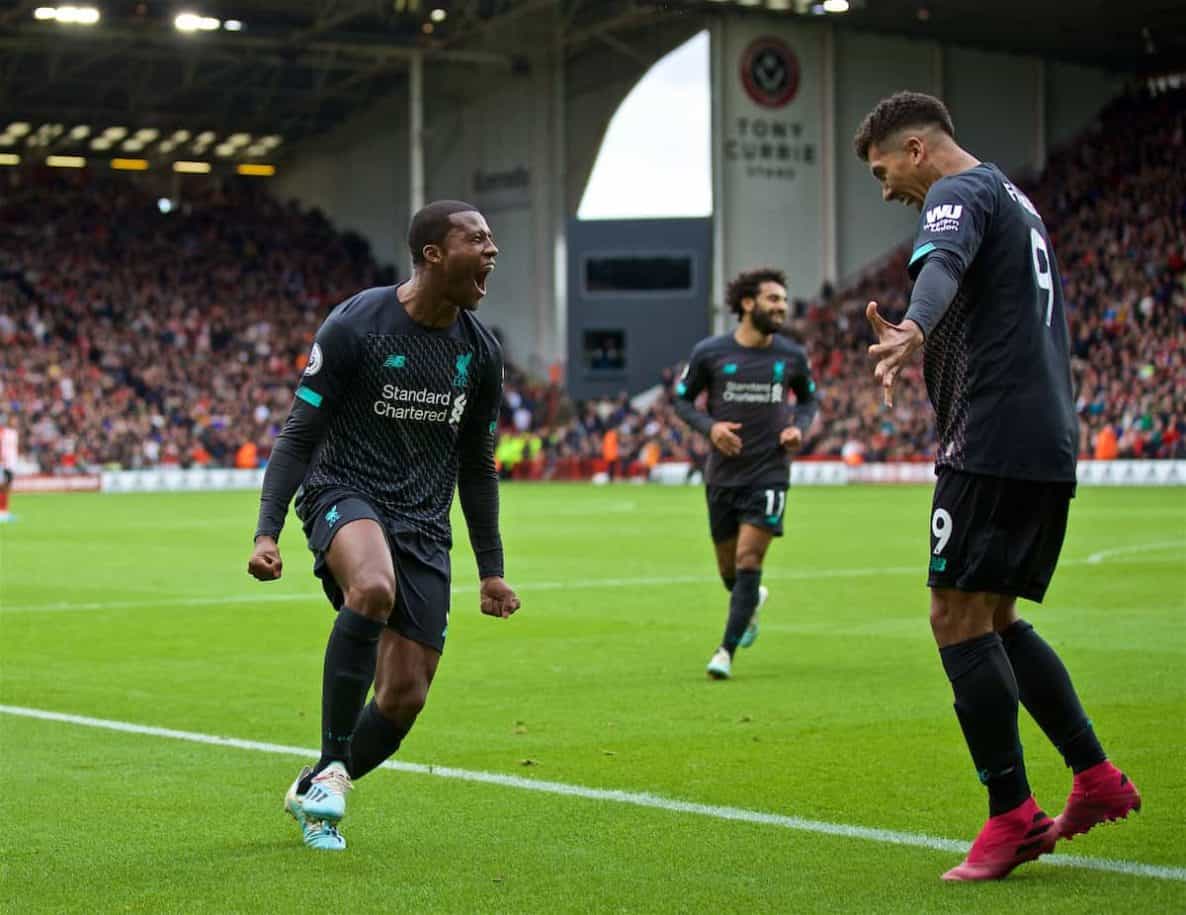 Liverpool continued to ride their luck and veteran substitute Leon Clarke fired over from just three yards out with minutes remaining.

Adrian looked to have it covered, and yet again the Spaniard impressed while deputising for the injured Alisson.

Another clean sheet allows the Reds to go eight points clear at the top of the Premier League with Man City visiting Everton later this afternoon.

The Reds must look for immediate improvement as they welcome Salzburg to Anfield midweek. The Austrians put six goals past Genk on Matchday One and should provide another stern test for Jurgen Klopp and his side to overcome.