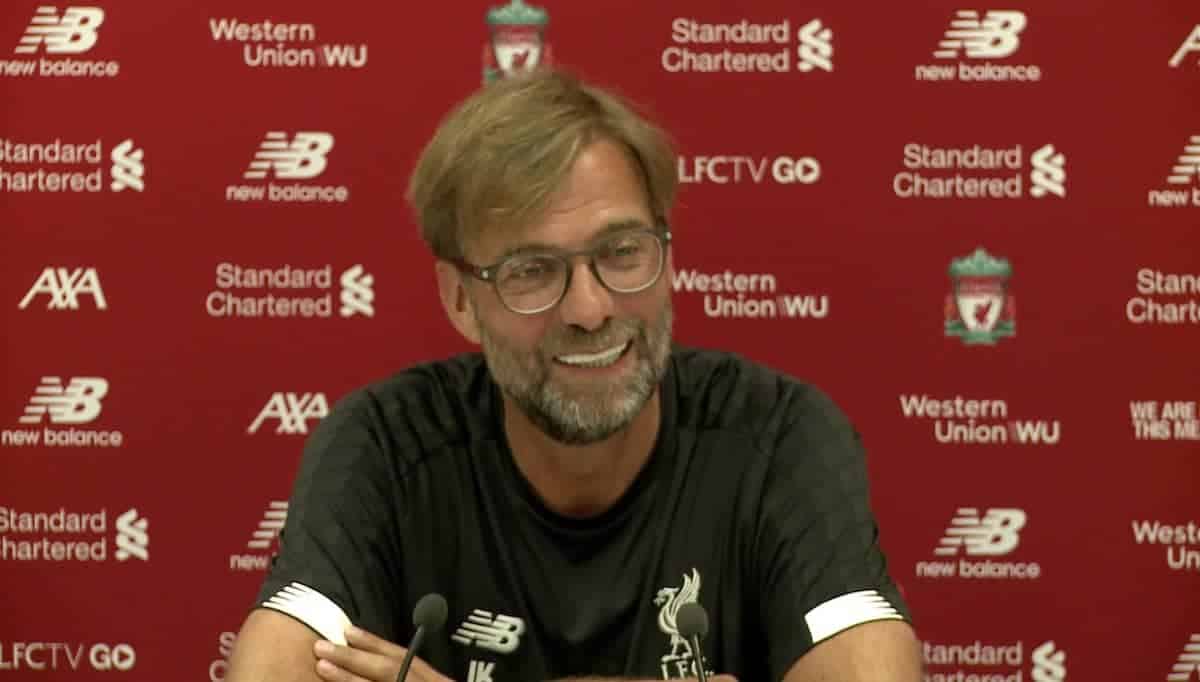 Jurgen Klopp has insisted it “will not be easy” for Liverpool against Newcastle, praising their ability to find “solutions” after losing Rafa Benitez in the summer.

Benitez stepped down from his role as Magpies manager after three years in June, after a long and frustrating spell vying with owner Mike Ashley.

Ashley appointed the unpopular candidate of Steve Bruce as Benitez’s successor, and Newcastle are 14th in the Premier League after their first four games—though they did win at Tottenham last time on the road.

They will use that result as inspiration as they head to Anfield on Saturday, and speaking at Melwood on Friday afternoon, Klopp praised his side’s next opponents.

“The off-season was really difficult with Rafa leaving and stuff like that,” he explained.

“For Steve, for sure it’s a difficult job following after Rafa—it’s probably never easy but in this specific case—but he did fantastic so far.

“Close games. OK the first one [away] against Norwich (losing 3-1) maybe not too nice, but since then close games and good results as well.

“Very difficult to play, they pretty much kept the style of last year, Rondon got replaced by Joelinton: if you are looking for a player who is similar to Rondon, good choice!

“He can keep the ball, he’s a proper threat, has the speed and all that stuff.

“Then the wingers are quick, five at the back difficult to create chances against, they are always ready for counter-attacks, they have the speed for it.

“I think [they had] 24 or 25 percent possession at Tottenham, but always really, really good, scored a wonderful goal and defended with a big heart and good organisation.

“So that will not be easy, that’s what people expect probably with all the difficulties they had in the summer.

“I’m really impressed by the solutions they found and the things they did so far.”

Klopp also provided injury updates on Alisson and Naby Keita, discussed the stadium situation at Napoli and relished an international break without duty for Sadio Mane and Mohamed Salah.

A win this weekend would keep Liverpool top of the table, regardless of Man City‘s result at Norwich later in the day.