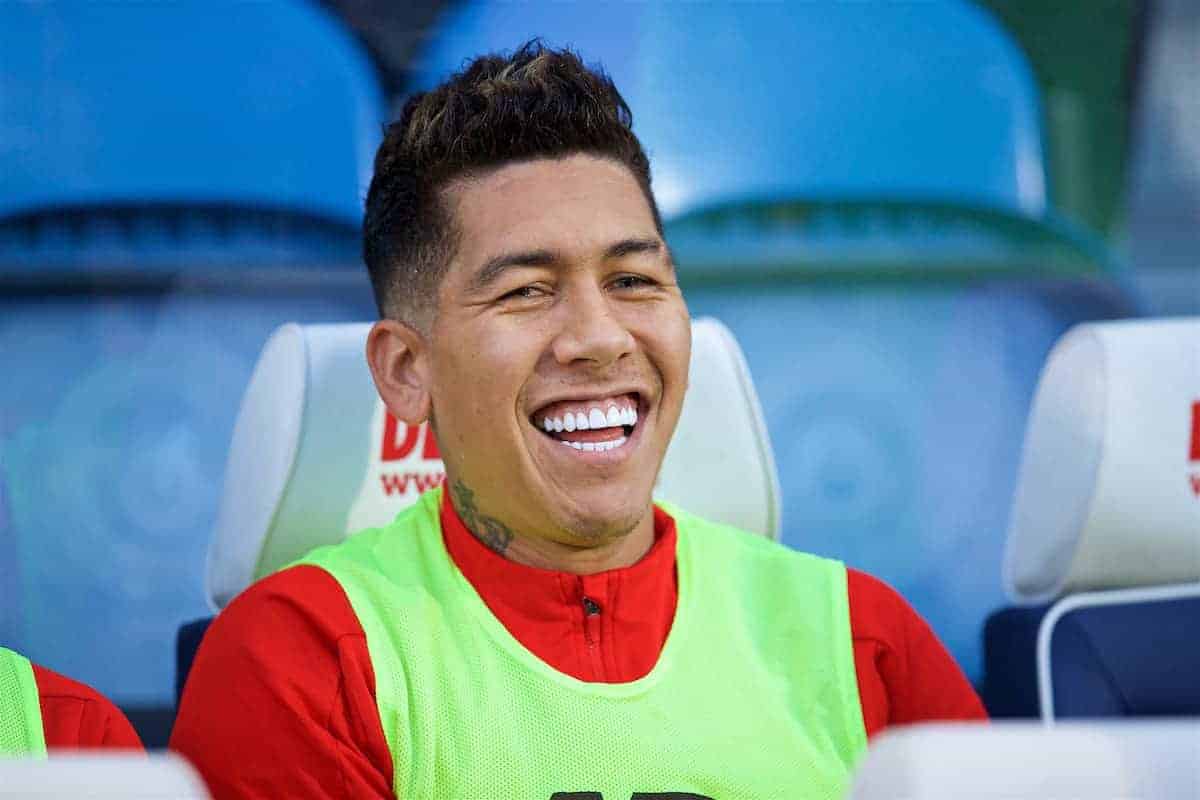 Liverpool kick-off a run of seven games in 22 days, and the visit of Newcastle to Anfield on Saturday could see Jurgen Klopp start to rotate his squad.

Klopp said prior to the international break that rotation would be conducted after the Premier League restart, with the Reds to play seven games across three competitions in the coming weeks.

The key question is whether that starts immediately against the Magpies, or whether the more regular, consistent selection that hit the ground running stays in place.

Here’s how we think Klopp may set up his starting lineup against Newcastle.

Alisson, Naby Keita and Nathaniel Clyne are all still missing despite making progress, especially in the midfielder’s case.

Positively, no injuries were added during the international break with all the Reds thankfully back unscathed.

Klopp, therefore, has a strong squad at his disposal as he ponders whether to make changes.

Sadio Mane and Mohamed Salah are certain starters given both sat out international duty, with Roberto Firmino in contention to join them.

Changes are being considered meaning several Reds will be hopeful of being handed a starting berth.

Joe Gomez is the main contender to come into the back four, with Dejan Lovren also available.

James Milner, Alex Oxlade-Chamberlain and Adam Lallana will hope for a chance to shine.

Xherdan Shaqiri is in contention, with Klopp having said before the break that the Swiss will get his chance. Divock Origi is another option for the boss to consider. 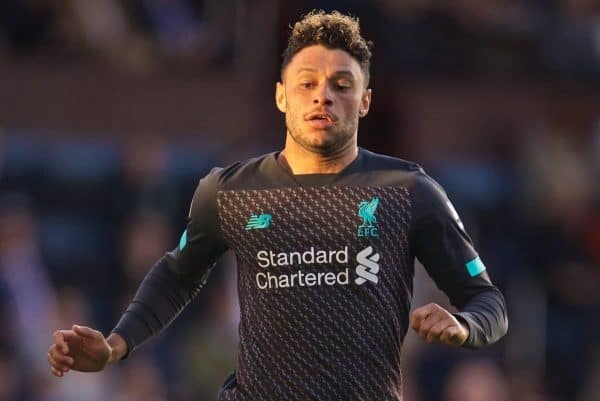 While a gruelling a schedule it also presents an ideal opportunity for the Reds to use the winning momentum established before the pause to really push on.

A great chance to start that presents on Saturday against an uncertain Newcastle side.

For that reason, Klopp could avoid making too many changes and opt for something close to a full side in attempt to pick up from where they left off.

The first fixture after an international break is always tricky, so staying close to the in-form, confident unit that has thrived with consistency would be a sensible move.

Liverpool’s strongest XI delivered vital back-to-back wins against Arsenal and Burnley, but Klopp could feel one slight adjustment to that side is needed.

Fabinho’s late return from Brazil duties may see a cautious approach taken with the key midfielder with Napoli and Chelsea in mind.

In a game the Reds will dominate against deep-sitting opponents, Oxlade-Chamberlain’s attacking energy would be welcome alongside Henderson, leaving Wijnaldum to deputise for Fabinho.

Once the game has – hopefully – been won, swift substitutions can then be made to begin the management of key men while handing fringe players vital minutes. 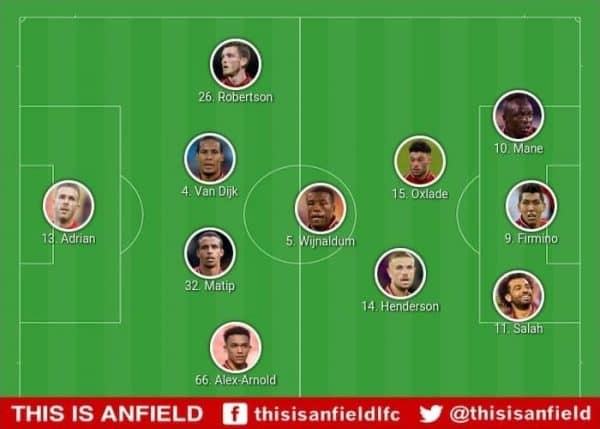 All the way up until October’s international break the Reds will play three games a week, so rotation has to come in somewhere.

It could be that we see Klopp make his first batch of changes immediately upon Saturday’s restart.

Considering two big games follow – for which Klopp will want his strongest XI in operation – rotating for a very winnable game at Anfield seems an ideal starting place.

And changes could be made in all departments.

Gomez, fresh after not playing a single minute for England, could replace the utilised Alexander-Arnold at right-back.

Henderson and Wijnaldum both featured heavily for their respective countries, which could mean both are rotated with the fresh legs of Milner and Oxlade-Chamberlain available.

Mane and Salah will start, but Klopp may hand Firmino a break after the No.9 played in both of Brazil’s games in the United States.

Origi should be the man to benefit to make his first start since scoring in the opening day win over Norwich. 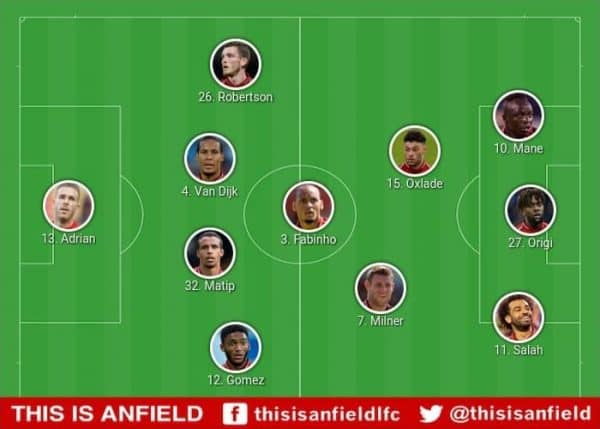 Klopp is facing a tough call between sticking closely to the winning formula but also managing and utilising his squad sensibly for the start of a busy schedule.

Starting with the strongest team to get the job done before then making changes seems the best move, but it remains to be seen how the boss decides to play it.