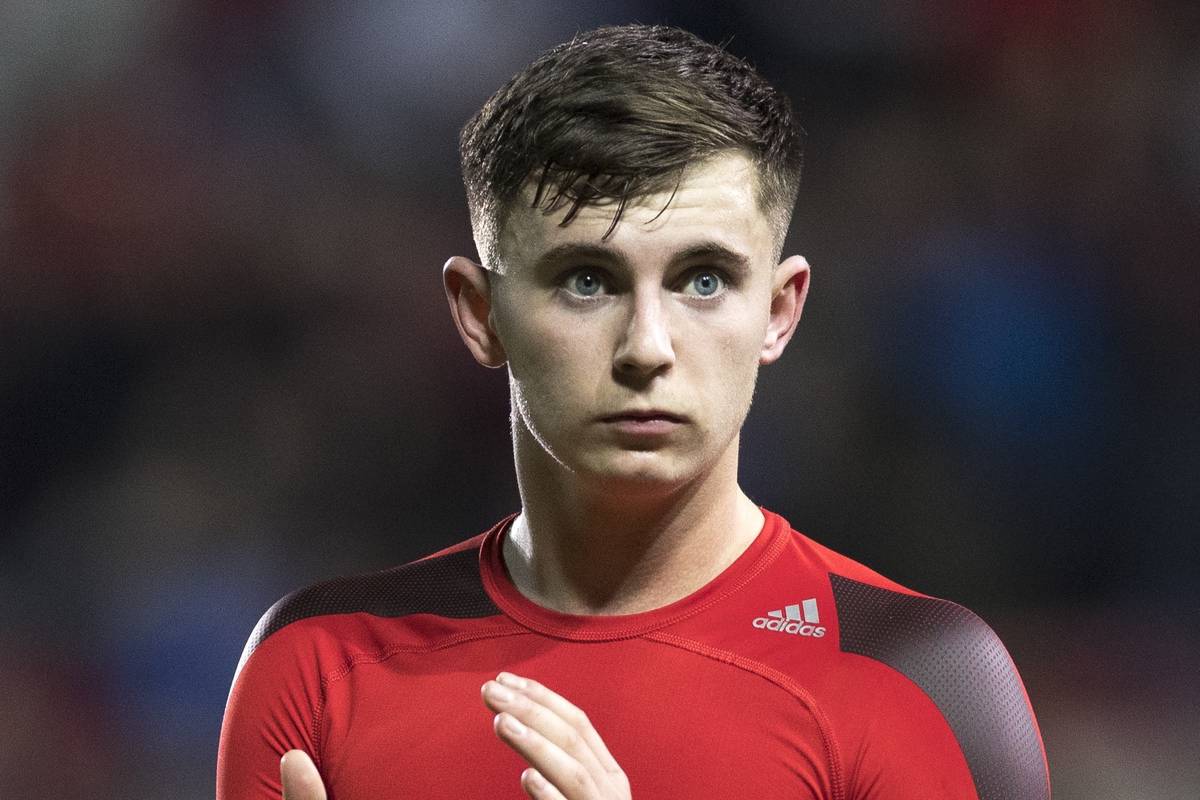 Ben Woodburn is likely to miss the rest of 2019 with injury, but the midfielder’s form at Oxford United suggests he can bounce back, writes Ben Bocsak.

It has been almost three years since Ben Woodburn pounced on a Gini Wijnaldum flick to smash the ball into the back of Leeds‘ net in front of an ecstatic Kop on a cold November night.

Woodburn’s goal felt like a transformative event. One which announced a new superstar to the Kop following in the footsteps of all those legends who made the step from Kirkby to Melwood in the club’s past.

Woodburn had only turned 17 the previous month but he had already boasted an impressive pre-season with the first team behind him, in which he netted against Fleetwood and Wigan.

For many, Woodburn establishing himself as a regular for the side seemed inevitable. It was not an ‘if’, but a matter of ‘when’.

Yet his opportunity never came.

Woodburn only played six minutes of first-team football in the league the following season, against Brighton on the last day of the Premier League.

Now, soon to turn 20, it seems his early comparisons to former Anfield heroes had been premature.

At his age in his position, Steven Gerrard had already racked up 44 games for the Reds and Steve McManaman had made over 50 appearances and scored double figures.

Compare that to Woodburn’s measly six league appearances, all coming off the bench, it’s not quite what the fans had envisioned three years ago.

Of course, Woodburn’s hype did not come without justification.

He had exceptional talent for his age. He dazzled senior defenders whilst playing for the first team in pre-season, scored some outstanding finishes and was a lively nuisance.

He had a great reading of the game and excellent vision to pick the right pass at the right time.

Added to that his versatility, which enabled Woodburn to play anywhere along the front line, it’s hard not to recognise the obvious foundations of a true talent.

The question therefore must be asked what hindered Woodburn’s progress? What stood in his way?

Of course it’s possible Woodburn may not have been the right fit for Liverpool. Typically deployed as a No. 10, he did not fit Jurgen Klopp’s compact 4-4-3 formation.

Without a shadow of a doubt the Reds’ strong additions to their squad last summer also blocked the Welshman’s pathway to the first team.

But Woodburn’s form had struggled for the under-23s before those arrivals.

He netted just twice in nine games for the side in Premier League 2 during the 2017/18 season, compared to his impressive eight goals in 15 in the previous season.

Then came the drop down to the Championship which has served some British talent well in recent years, including Liverpool’s own Harry Wilson, as well as Chelsea duo Mason Mount and Tammy Abraham.

For Woodburn, the venture at Sheffield United did not bear the same fruit as those mentioned above.

He struggled to fight his way into the team and made just two starts and six substitute appearances for the Blades.

Woodburn’s slight and slim figure could not compete in the tough and physical Championship and his loan was cut short in January.

Back at Liverpool he found himself languishing once more in the club’s development side. A first-team opportunity seemed like a far distant possibility.

Nevertheless, Woodburn still shone for the U23s, putting in some strong displays and showing off his clever dribbling and vision for the game in a centre-forward role.

Playing centrally enabled him to show off his best attributes, and he seemed back to his best.

But Woodburn was still leaps and bounds away from first-team recognition, and he barely featured for Klopp’s side in pre-season: 165 minutes over four outings.

Therefore, a loan move to Oxford United in League One may have gone under the radar this summer, but Woodburn had his best run of form at senior level with the U’s.

Playing in the No. 10 role for Karl Robinson’s side, Woodburn netted his first-ever league goal and tallied an impressive five assists in just 12 appearances.

Not quite the level of Gerrard or McManaman, but it’s an impressive lifeline to a career which seemed to be slowly slipping away from Woodburn’s grasp.

Breaking his foot in Oxford’s 2-2 draw with Accrington Stanley, he is now set to miss up to three months, and comes as a major disappointment.

But Woodburn is at the right place for his development and he will come back strong.

He still has bounds of potential and he has time on his side.

Sure, the likes of Gerrard and McManaman may have played more first-team football at his age, but there have been plenty of late-comers in the game too.

Rickie Lambert, Jamie Vardy and N’Golo Kante are just a few names which come to mind, while Wilson’s breakthrough at Hull came as he turned 21.

The world of football is not set in stone. Footballers change and develop constantly and Woodburn will take some conciliation from the above examples.

He may never become the next Anfield hero; his hype was undoubtedly premature.

But Woodburn is still a great talent regardless and, with regular first-team football, he can still fulfil his potential and fight his way back into the reckoning.

Maybe not at Liverpool, but you never know what the future holds. There have been plenty of unlikely miracles and more dramatic fight-backs at this club in the past.

For now though, we wish Ben a speedy recovery and hope he can come back fighting even stronger.