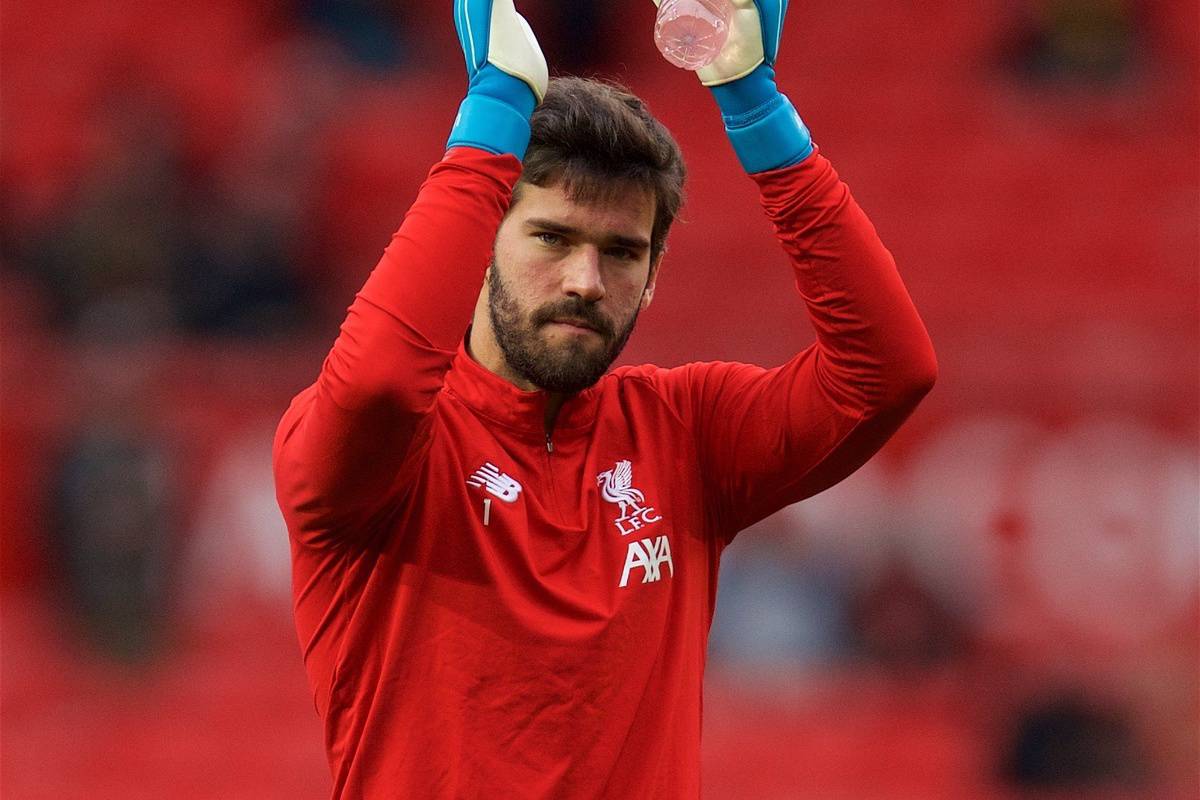 Jurgen Klopp has restored Alisson to his starting XI as Liverpool visit Man United, but Mohamed Salah misses out with the ankle injury picked up last time out.

The Reds went into the weekend with an eight-point gap between themselves and Man City, having won all of their eight games so far, bringing the streak to 17.

Victory at Old Trafford would equal City’s record run of 18 consecutive wins in the English top flight, and Klopp’s side are boosted today by the return of Alisson.

The Brazilian takes his place between the sticks for the first time since the opening night of the Premier League, replacing Adrian following the 32-year-old’s excellent stint as deputy.

Ahead of Alisson is a back four of Trent Alexander-Arnold, Joel Matip, Virgil van Dijk and Andy Robertson, with the No. 32 making his comeback after two games out injured, celebrating a new five-year contract.

In midfield, Klopp has opted for the trio of Fabinho, Jordan Henderson and Gini Wijnaldum.

And with Salah not fit to keep his place in attack, Divock Origi lines up alongside Sadio Mane and Roberto Firmino.

Axel Tuanzebe was slated to start in a back three, but after suffering an injury in the warmup Marcos Rojo took his place, with Phil Jones promoted to the bench.

United began the weekend in 12th, 15 points behind Liverpool after a dismal start to the campaign, and the Reds will be looking to heap further misery on Ole Gunnar Solskjaer with a rare win at Old Trafford. 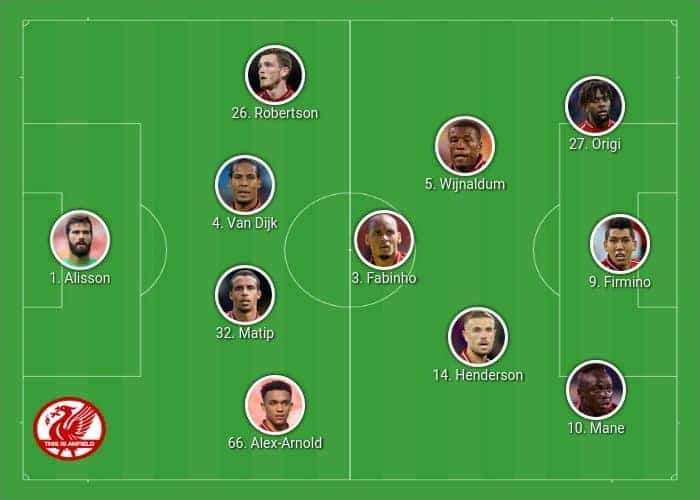