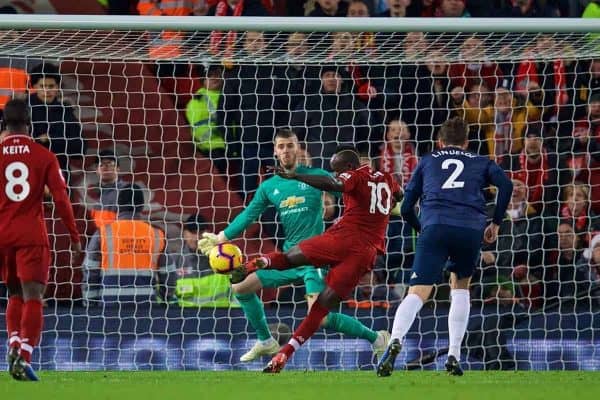 Ole Gunnar Solskjaer has ruled out both David de Gea and Paul Pogba as Man United prepare to host Liverpool, with further doubts over eight other players.

De Gea suffered a groin injury on duty with Spain during the international break, while Pogba is struggling with an ankle problem that saw him miss France’s clashes with Iceland and Turkey.

Aaron Wan-Bissaka and Anthony Martial have also spent time in the treatment room in recent weeks, and cannot be considered guarantees to start on Sunday.

This leaves Solskjaer with a paper-thin squad, with Sergio Romero set to fill in for De Gea between the sticks, and further pressure on the likes of Marcus Rashford, Daniel James, Scott McTominay and Axel Tuanzebe.

It is certainly a more comfortable situation for Liverpool, with Alisson, Joel Matip and Mohamed Salah all back from injury and Xherdan Shaqiri the only first-team regular set to miss out.

“Of course, I would like to tell you positive news,” Solskjaer told reporters on Friday.

“Because there are players here that just started training, just on the verge of coming back or not, so I can’t really say.”

These comments are not promising for United, with Solskjaer therefore suggesting he could be forced to call upon some players who have edged late medical tests.

The odds are stacked against Sunday’s hosts, but still Liverpool cannot underestimate them despite heading into the game 15 points ahead.