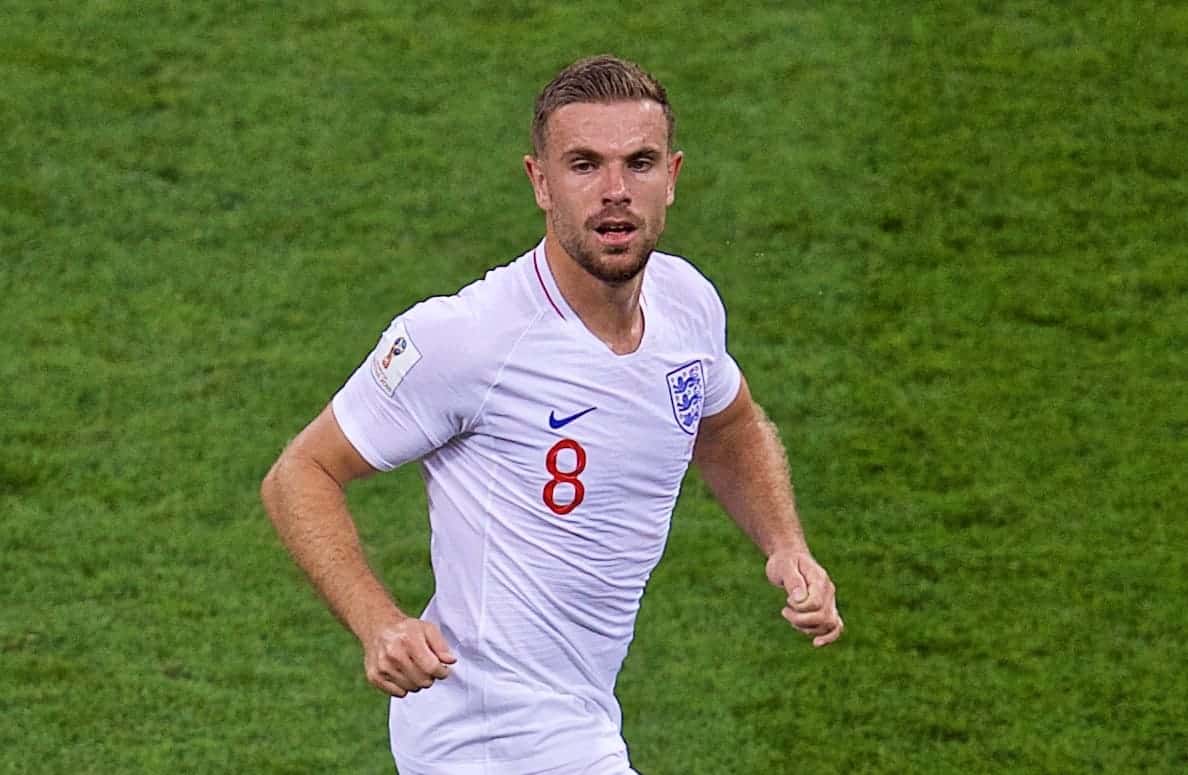 Jordan Henderson was the only Liverpool player involved as England lost 2-1 to the Czech Republic on Friday night.

Gareth Southgate’s side took on their opponents in Prague in a Euro 2020 qualifier, knowing victory would secure a place at next summer’s tournament.

Henderson was deployed as one of the deep-lying midfielders in a 4-2-3-1 formation, alongside West Ham‘s Declan Rice.

Harry Kane gave England an early lead from the penalty spot after Raheem Sterling was fouled.

Jakub Brabec swiftly equalised and Henderson struggled to influence matters, as the hosts looked the more dangerous of the two sides.

In the second half, Henderson appeared to be given a little more freedom in a 4-3-3 system, rather than in the defence-minded role that he often proved divisive in before Fabinho‘s arrival at Liverpool.

The 29-year-old was improved in that role, providing more guile on the ball and energy off it, but he was still below-par.

Zdenek Ondrasek stunned England with five minutes remaining, inflicting a first defeat on the Three Lions in a qualifier for a decade.

It will be interesting to see if Trent Alexander-Arnold and Joe Gomez, both unused substitutes here, are given minutes on Monday night when England visit Bulgaria.

The latter, in particular, could do with some playing time, with Joel Matip and even Dejan Lovren keeping him out of the Liverpool side; Michael Keane and Harry Maguire started ahead of him for England, while Kieran Trippier played right-back ahead of Alexander-Arnold.

The players will return to club duties straight after the Bulgaria game, ahead of Reds’ vital trip to Man United on October 20.