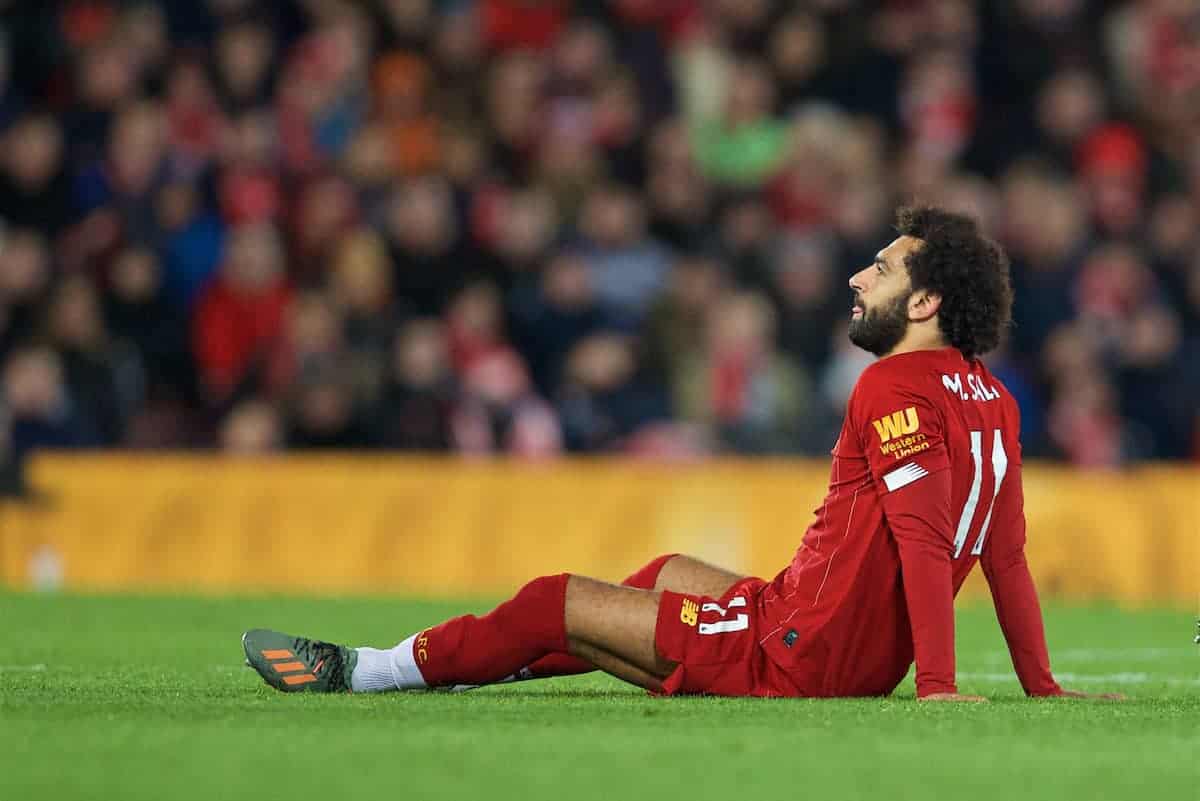 Jurgen Klopp provided a calm update on Mohamed Salah‘s ankle injury, after the Liverpool winger was forced off for the second time this month.

Salah was substituted 85 minutes into the Reds’ 2-1 victory over Tottenham on Sunday, after scoring the winner from the penalty spot at Anfield.

It came 22 days after a similar problem in the 2-1 win at home to Leicester, that coming due to a poor challenge from midfielder Hamza Choudhury which led to criticism from Klopp.

The manager was relaxed as he discussed Salah’s fitness after Liverpool’s latest win, though, and revealed the change was only made as a precaution.

“No,” he replied when asked if it was a serious issue. “It’s the ankle he’s struggled with since the Leicester game.

“It’s good, but the longer the game goes, he gets tired, then you feel it more when you get a knock.

“We had options to change, so we did. Nothing serious.”

Earlier he told Sky Sports: “It’s not a massive issue, that will disappear one day, but it’s still a bit there at the moment.”

Salah walked on the pitch post-match but did have heavy strapping and ice on his ankle.

Fortunately, Salah was likely to miss Liverpool’s next game regardless, with Arsenal the visitors on Wednesday night in the League Cup fourth round.

Virgil van Dijk should also be rested as Klopp considers wholesale changes, with the Dutchman sustaining a dead leg against Spurs.

Harvey Elliott could replace Salah on the right, having shone in the third round at MK Dons, while Joe Gomez is a certainty to start at centre-back and could be partnered by Sepp van den Berg.

Academy regulars such as Neco Williams, Herbie Kane, Pedro Chirivella, Curtis Jones and Rhian Brewster will also be in contention.

Salah and Van Dijk should be fit to feature against Aston Villa when the Premier League returns on Saturday.