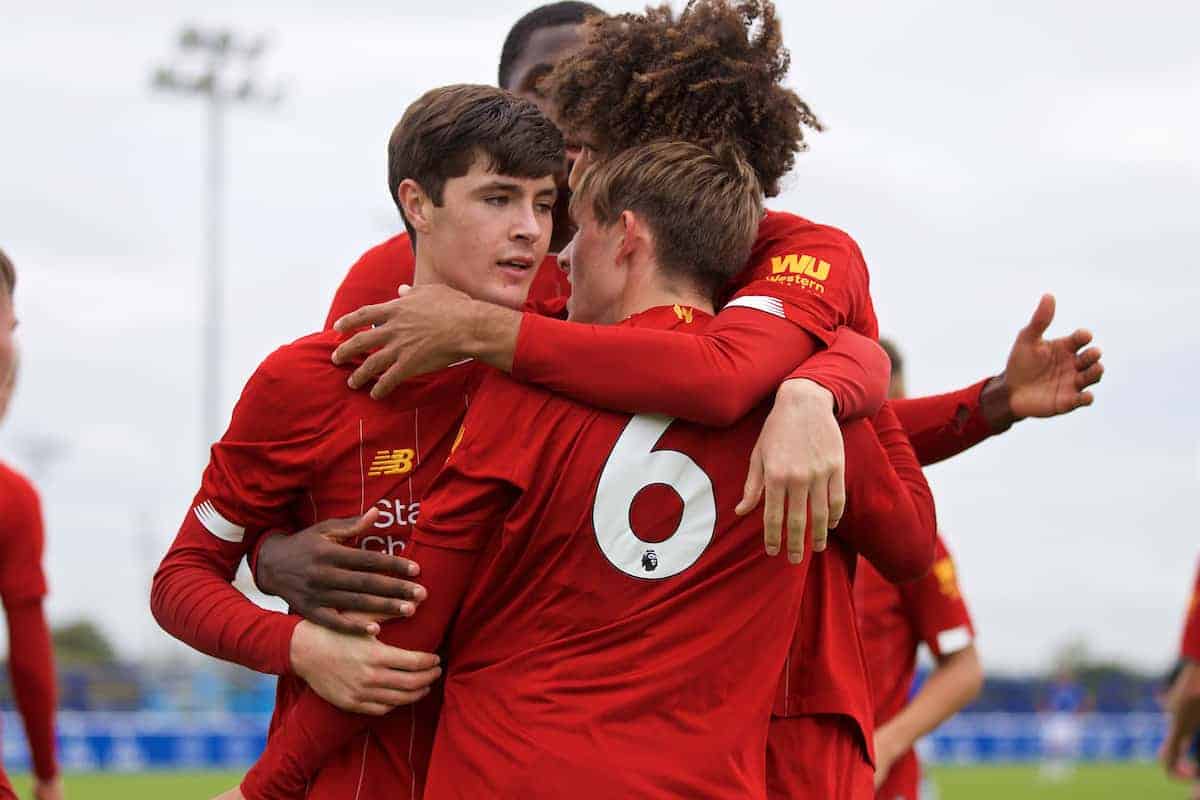 The Liverpool under-18s fought back after a difficult start to record a sensational 6-1 win away to Everton, with five different players on the scoresheet.

A point split the Merseyside clubs heading into Saturday morning’s clash at Finch Farm, with a healthy rivalry developing in the U18 Premier League as both sides regularly vie for the title.

Barry Lewtas made one change from the Premier League Cup win at Swansea last time out, as Owen Beck came in for Tom Hill to make his second start of the season, joining a strong lineup including Leighton Clarkson and Jake Cain.

The young Reds went behind within seven minutes, though, as Tyler Onyango powered an effort past Jakub Ojrzynski after Dylan Thompson’s header came back off the post.

Both sides had a number of chances to add to the scoresheet in the following half-hour, and eventually it fell to the in-form Fidel O’Rourke to equalise.

After laying on the leveller for the captain, Layton Stewart then struck himself two minutes later, the No. 9 stepping up to put Liverpool ahead from the penalty spot after Beck was fouled.

An end-to-end first half—in which Everton arguably had more control—made way for an onslaught from the young Reds in the second, with four goals ensuring a humiliating result for their rivals.

It was made more unfortunate as the lead was extended to two by Blues defender Reece Welch, who turned the ball into his own net from Clarkson’s cross.

Billy Koumetio twice went close to netting his maiden goal for the club, but was denied by the woodwork and wayward finishing, though Cain made his effort count as he made it 4-1 following a fine, sweeping move.

Clarkson joined in the act eight minutes later, converting after the impressive Niall Brookwell’s shot was stopped by McIntyre, the midfielder relishing his first of the campaign.

And finally, substitute Tyler Morton put the finishing touches on an empathic victory for Liverpool in the 90th minute, briefly putting Lewtas’ side top of the table, prior to Man City‘s clash with Wolves.