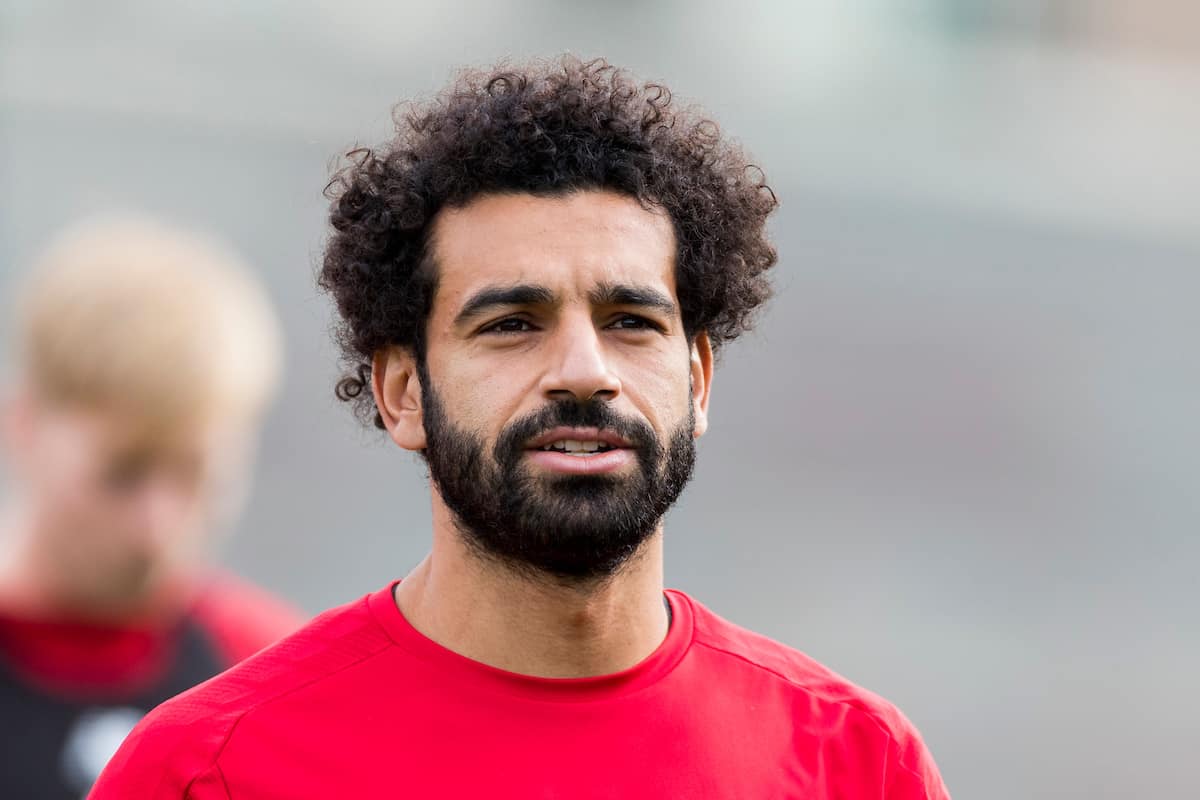 Mohamed Salah was part of the Liverpool squad training in front of the media on Tuesday afternoon, ahead of the Champions League trip to Genk.

The Egyptian missed Sunday’s 1-1 draw with Man United due to an ankle injury suffered after a late challenge from Leicester‘s Hamza Choudhury.

Speaking before the stalemate at Old Trafford, Jurgen Klopp revealed there was “no chance” Salah could feature, and had cast doubt over his availability for Wednesday night.

Salah scored twice in the 4-3 victory over Salzburg last time out in the Champions League, including the 69th-minute winner, and his involvement against the Belgian champions is a boost.

Whether he starts at the Luminus Arena remains to be seen, and the likes of Divock Origi and Alex Oxlade-Chamberlain could be considered as options if he is not fully fit.

Adam Lallana may be handed an opportunity after his late equaliser against United, with the 31-year-old also part of the light session led by Conall Murtagh.

Both Trent Alexander-Arnold and Joel Matip were not pictured, and if they are absent it could hand Joe Gomez and Dejan Lovren a chance to start.

Youngsters Neco Williams, Harvey Elliott and Rhian Brewster joined the first team, but with the under-19s playing Genk in the UEFA Youth League earlier on Wednesday it is more likely they are part of Barry Lewtas‘ group.

Xherdan Shaqiri is still sidelined, with the winger returning to Switzerland to undergo treatment, attending the Roger Federer match in Basel on Monday.