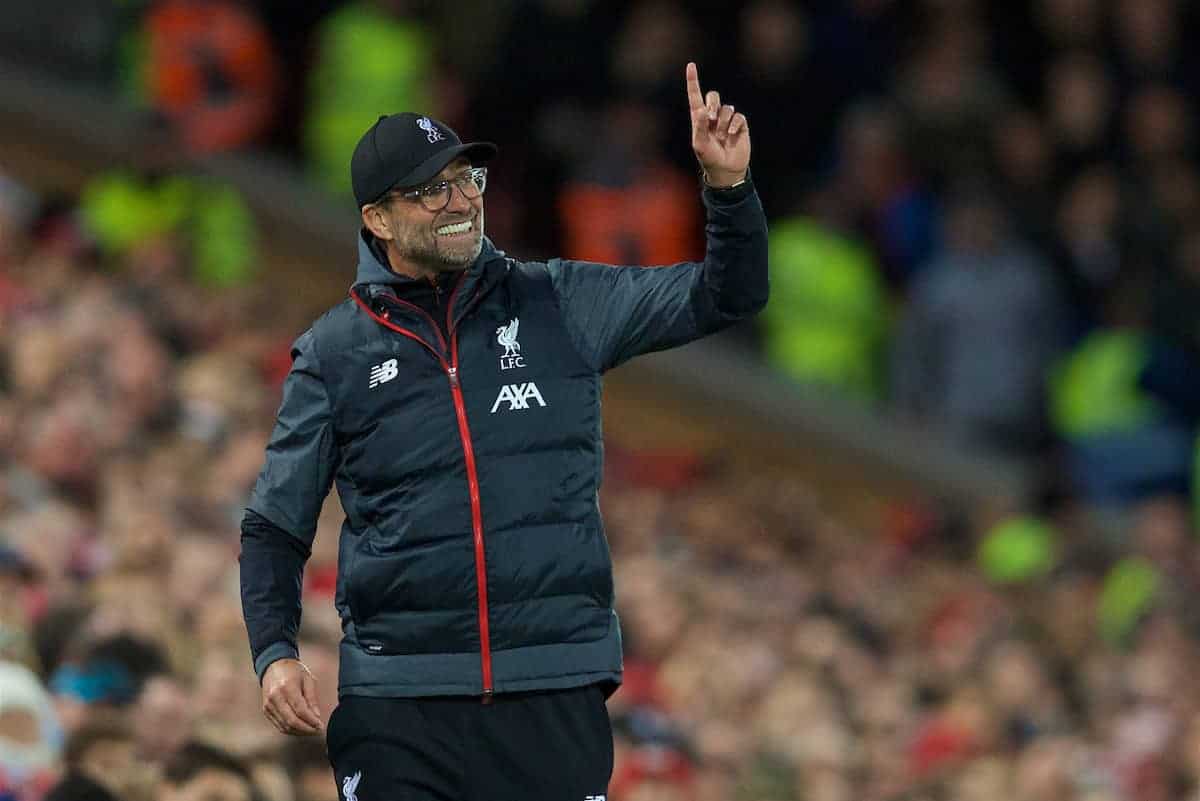 Jurgen Klopp was pleased with the response of his Liverpool side as the Premier League leaders recovered from conceding early to beat Tottenham 2-1.

But the German insisted he expected no less from the Reds after Harry Kane headed Spurs ahead inside a minute at Anfield on Sunday.

The hosts dominated the contest after Spurs’ early blow and finally hit back after the break through Jordan Henderson and, from the penalty spot, Mohamed Salah.

The result restored Liverpool’s six-point lead over Manchester City at the top of the table.

Klopp said: “Absolutely I am pleased, but I expected it as well. An early goal is not the best thing that can happen, but sometimes it makes one thing clear—game on.

“The game—I loved. It was a super game. That’s how football should look and how we should play against a strong, really well-organised side.”

Spurs goalkeeper Paulo Gazzaniga made a series of brilliant saves before Henderson struck a deserved equaliser after 52 minutes.

Klopp said: “We played really good football, created chances in the first half and second half.

“Super saves from the goalie, wow. What a game he had.

“Then the first goal we scored, I loved. In other games, when the striker goes down there are shouts for a penalty and players switch off, but Hendo was not bothered and finished it off nicely.

“The second goal was after a sensational counter-press from Sadio, having the ball, losing it and then the opponent kicks your calf.

“We won it, we deserved it and I’m really happy about the performance.”

Salah, who has now scored eight goals this season, was substituted late on as a precautionary measure.

Klopp said: “It was the ankle. He has struggled since the Leicester game. The longer the game goes and you get a knock and feel it more, it makes no sense to push it through, but it’s nothing serious.”

Spurs’ defeat left them 11th in the table and without a win in the Premier League for a month.

Manager Mauricio Pochettino said: “There were different phases during the game I think we played well.

“But when we scored so early, the team tried to defend and we missed a little bit to play. In the first half it was difficult to connect the play and go forward and dominate.

“In the second half the game was under control. We started creating some chances but we didn’t score.

“When you concede, you know Anfield pushes the level of the team and in the end we conceded the penalty. We need to improve a lot and, of course, we’re a little bit disappointed. We competed but we need to keep pushing.”

Pochettino defended Serge Aurier after conceding the penalty that allowed Liverpool to go ahead.

He said: “I think I am happy with him. Of course he is not happy, but no-one is happy. It is normal you make the penalty and you feel you are guilty, but it is not like this.

“I think it is a moment to be all together and show our support.

“Technically maybe it is penalty because there is a contact but, to be honest, the ball is going away. It is very soft.”