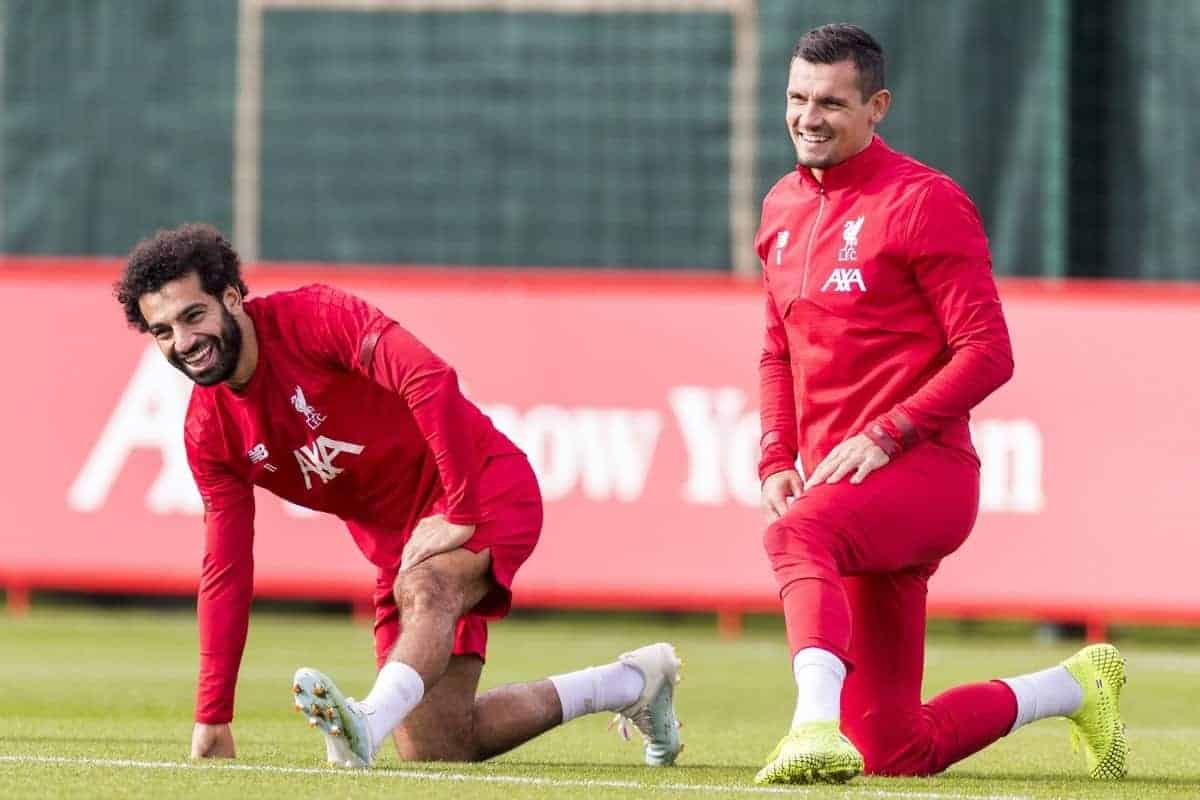 The Liverpool squad trained at Melwood on Tuesday afternoon, ahead of their flight to Belgium to take on Genk in the Champions League.

Jurgen Klopp oversaw a session in front of the cameras as Pepijn Lijnders, Andreas Kornmayer and Conall Murtagh put the Reds through their paces.

After the 1-1 draw at Man United on Sunday, both Trent Alexander-Arnold and Joel Matip were absent, but Mohamed Salah returned to the fold having missed the trip to Old Trafford.

The Egyptian was part of a 21-man training squad in high spirits, preparing for their third game in Group E, heading into the tie in third.

After a brief warmup the Reds split off into groups for a series of rondos, with Salah, Virgil van Dijk, Joe Gomez, Fabinho, Roberto Firmino and Gini Wijnaldum in one.

Gomez could hope for a rare start if either Matip or Alexander-Arnold are indeed unable to feature, with the 22-year-old likely to reprise his partnership with Van Dijk.

Dejan Lovren is another option, however, and it could be that both he and Gomez start if Klopp fields the latter at right-back, with James Milner and teenager Neco Williams the other options.

The 18-year-old Williams was among the young contingent in Klopp’s training squad, with Harvey Elliott and Rhian Brewster also part of the session.

It was all smiles from Sadio Mane, who is likely to be among the starters along with Fabinho, Roberto Firmino and Andy Robertson.

Whether Jordan Henderson keeps his place, however, is unclear, with Alex Oxlade-Chamberlain, Naby Keita and Adam Lallana all pushing for a spot in the side.

There could be a case for restoring Adrian between the sticks as Alisson eases his way back from injury, but the Brazilian should be retained for the Champions League.

Liverpool should expect a tough night at the Luminus Arena, but given their excellent run of form they are rightly seen as favourites to secure their second win of Group E.