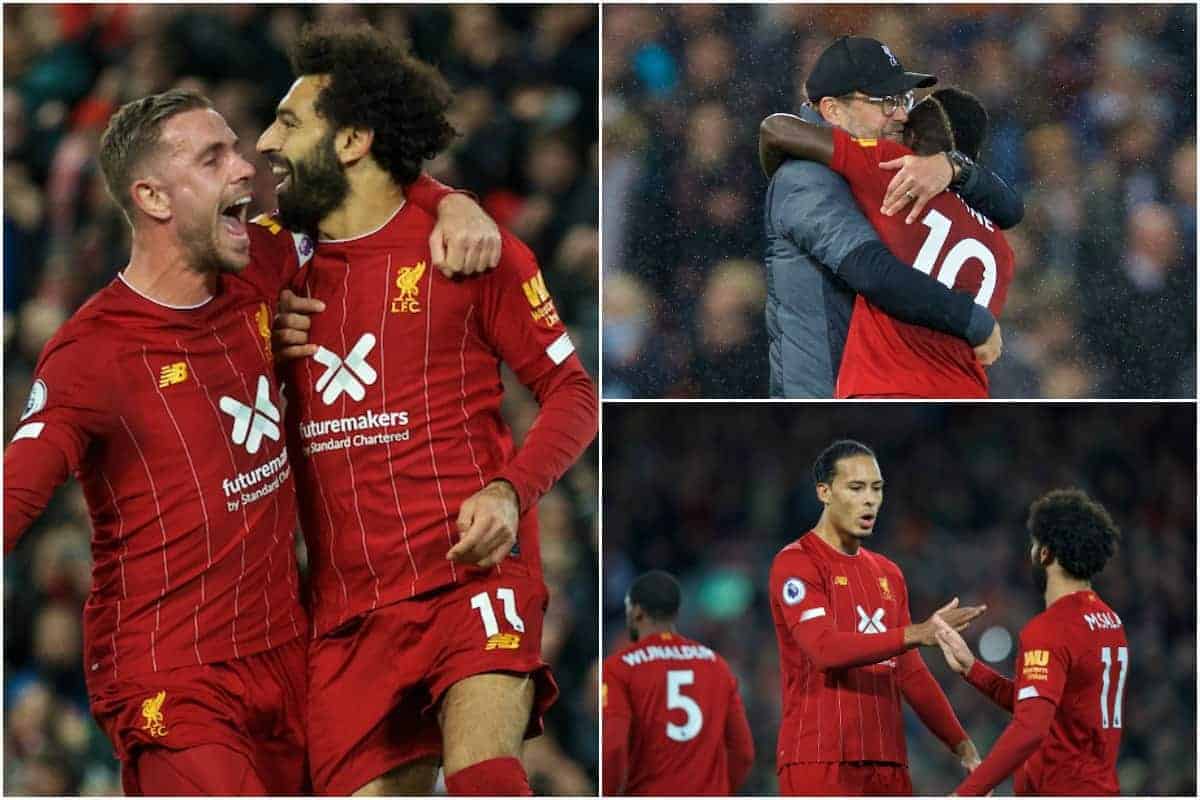 There was little time for late arrivals to take their seat on Sunday evening. Anyone not inside Anfield for kickoff will have missed Kane’s opener.

An unfortunate deflection off Dejan Lovren took a Heung-min Son strike away from Alisson and onto the crossbar.

The England captain was on hand to nod it home—the worst start possible for Jurgen Klopp‘s Reds.

However, the opening goal did nothing but anger the home side, and they went on the hunt for an equaliser immediately.

Paulo Gazzaniga seemed to have sold his soul for a clean sheet: the Tottenham stand-in goalkeeper became a wall that could not be passed.

Denying a number of certain goals in the first half it looked like it could be ‘one of those days’ for Liverpool—Virgil van Dijk the closest to bringing the scoreline level.

The Reds did everything bar score in the first half, but if the same approach was taken in the second the Tottenham goal could surely not withstand the pressure it was under.

It took just seven minutes for the Reds to find the net after the restart. Jordan Henderson expertly finished on the volley from a difficult angle inside the box.

Cue delirium as the captain registered his first goal at Anfield since December 2015, what a time to do it.

From that moment Liverpool sensed the game had turned, they went into an extra gear—the front three began to create real problems for Tottenham‘s back line and the visitors crumbled under the pressure.

Serge Aurier lunged into a tackle on Sadio Mane, it gave Anthony Taylor a decision to make: penalty, he pointed to the spot and the VAR at Stockley Park backed up his viewpoint.

Mohamed Salah stepped up and fired the spot-kick home. Liverpool had overturned deficit into a lead in 30 action-packed second-half minutes.

However, after just returning from an ankle injury sustained against Leicester, the Egyptian left the field with the issue hampering him once again—Joe Gomez his replacement as Klopp looked to make the points safe.

Tottenham gave the Reds a few anxious moments as the game edged towards the final five-minute mark, but Liverpool held on and the feeling was joy mixed with relief at the final whistle.

The result means Liverpool have lost just one of their last 49 games in the Premier League, winning all of their last 12 league games at Anfield.

The Premier League takes a backseat midweek as the Reds host Arsenal in the League Cup on Wednesday.