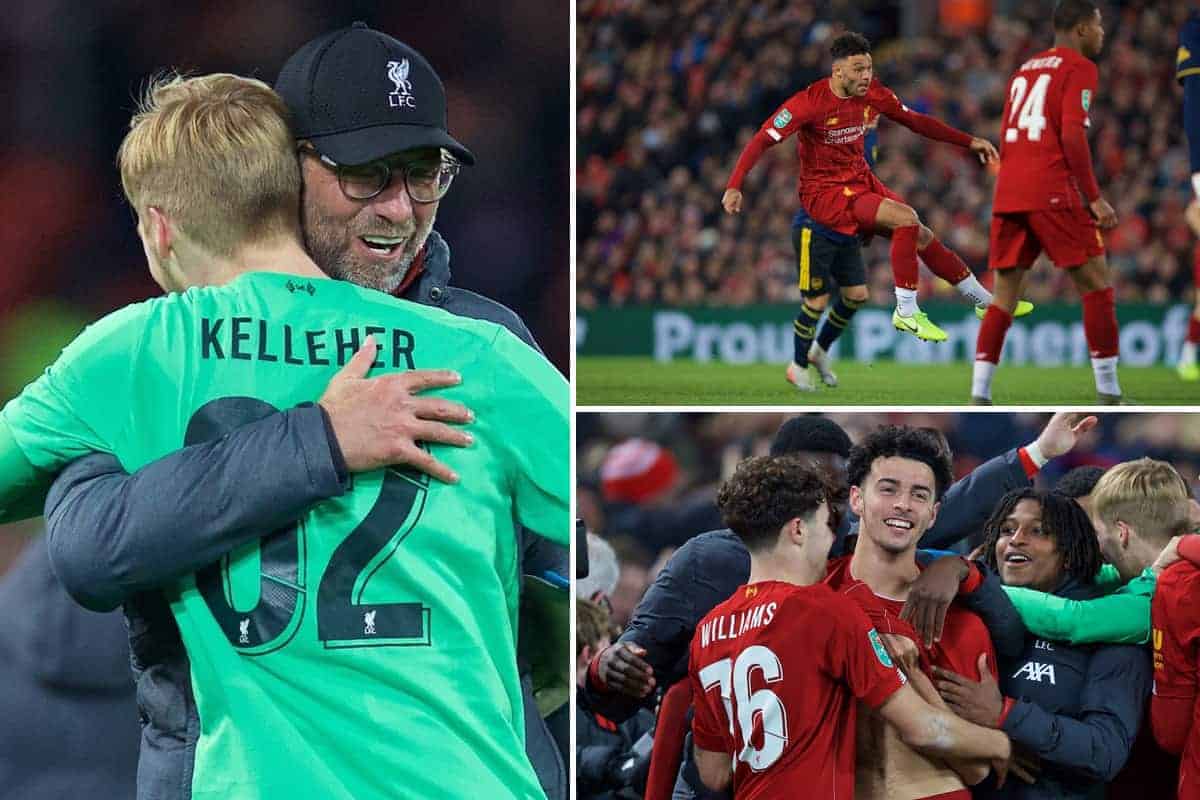 Liverpool ultimately triumphed against Arsenal, in one of the craziest games of football Anfield has seen in some years.

This was the 15th League Cup match between Liverpool and Arsenal, making it the most played fixture in the competition’s history – and what a game it turned out to be.

Jurgen Klopp and Unai Emery both made changes to their traditional starting lineups, giving youth the nod in England’s second domestic cup competition.

Liverpool’s boss handed a debut to Neco Williams, while Caoimhin Kelleher, Sepp van den Berg, Harvey Elliott and Rhian Brewster all made their first appearance at Anfield – Elliott becoming the youngest ever to do so.

Once the action got underway it took just six minutes for the Reds to take the lead – some great work from Alex Oxlade-Chamberlain on the wing forced Shkodran Mustafi to slide the ball into his own net.

The Reds then had a mini-capitulation and within half an hour Arsenal were 3-1 up. James Milner made up for his error by grabbing a late first-half penalty, Klopp’s men left the pitch 3-2 down but still in touching distance.

Liverpool then went further behind just at a time when they looked to be in the ascendancy.

With the scoreboard showing 4-2 to the visitors it looked like it could be the end of the road for the young Reds, but – Klopp’s DNA runs through the whole club and his youth players wouldn’t give it up, helped along by the seniors in the side.

Oxlade-Chamberlain rifled in the Reds’ third to make it 4-3, before Divock Origi turned smartly on the edge of the area and pulled Liverpool level. The Belgian then had to repeat his heroics after Arsenal grabbed a fifth.

The final whistle brought penalties, but the Reds celebrated the draw like a win – they could smell victory from the spot after a tremendous turnaround.

So, to penalties, it went. Liverpool, obviously buoyed by their two remarkable comebacks, looked confident and the strikes from the spot were of sublime quality – Arsenal blinked first.

Dani Ceballos left his penalty at just the right height for Kelleher, the Liverpool goalkeeper made himself a hero.

It then came down to the last kick, Curtis Jones arrogantly stroked his spot-kick home and Anfield went wild.

The manager’s choice of playing youth options totally vindicated after a thrilling fixture, and the boys of the moment received thanks from Klopp in the best possible way. 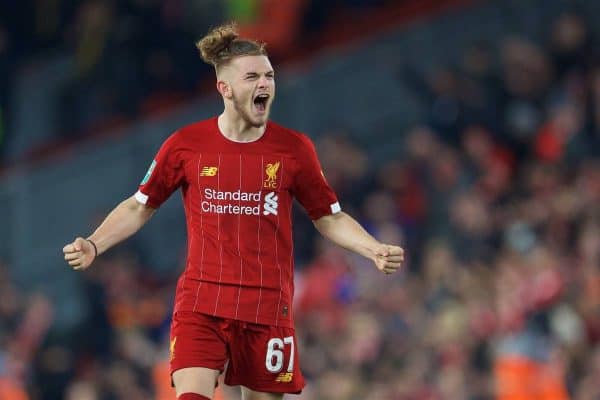 Liverpool now turn their attentions back to the Premier League, Saturday sees the Reds travel to Villa Park for an afternoon kick-off at 3pm.