The 16-year-old has just returned from a 14-day Football Association ban for using offensive language in mocking England and Tottenham striker Harry Kane in a video which was made public on social media.

It did not rule him out of any significant matches and he is now set to be included in the squad for the last-16 Carabao Cup at home to Arsenal.

The 16-year-old became the club’s youngest player to start a senior match – at 16 years and 174 days – when impressing his debut in the 2-0 victory over MK Dons in the previous round.

He now trains with the first team virtually full-time and Ljinders believes that is a valuable learning experience for the youngster.

“We can’t forget that he is only 16, of course. We have to be careful with that,” he said.

“But how I see him, since I have been working with him, I see a very educated boy. I see a boy who is really passionate for the game.

“They always put the team above themselves. For a young player, you could not wish to have a better environment to grow.

“Talent needs models, not criticism. There’s not a much more powerful weapon than the examples of senior pros.”

Elliott moved from Fulham in the summer, with his fee yet to be decided by a tribunal, but has mostly been restricted to appearances for the under-23 side.

He made three first-team appearances for the Cottagers last season, his debut coming while he was still 15, but was quickly identified as a talent who could fit in at Liverpool.

There will be chances for more of Liverpool’s youngsters as Jurgen Klopp gives his first-choice players the night off as they seek to deal with the double challenge of the Premier League and Champions League. 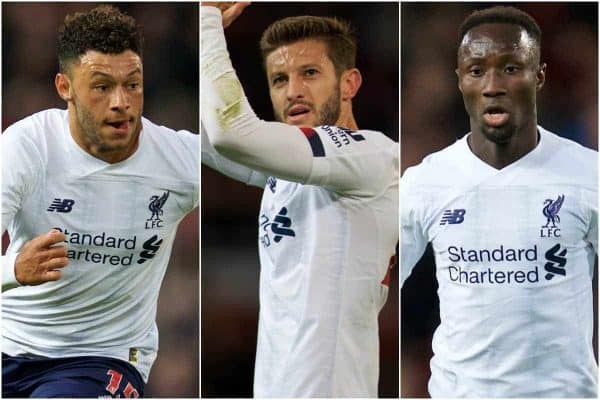 But it will also present an opportunity for the likes of Alex Oxlade-Chamberlain, Naby Keita, Adam Lallana and Joe Gomez to get more minutes having been fringe players so far this season.

“You saw with Ox how he contributed in Genk. That’s really important,” said Ljinders of the midfielder’s two-goal performance in the Champions League victory.

“We want players to really come in and make an impact from the bench, and so far we had that.

“We want to keep that, and by making a bigger impact in games, they need rhythm and consistency. It’s a perfect moment again to change a few things.”