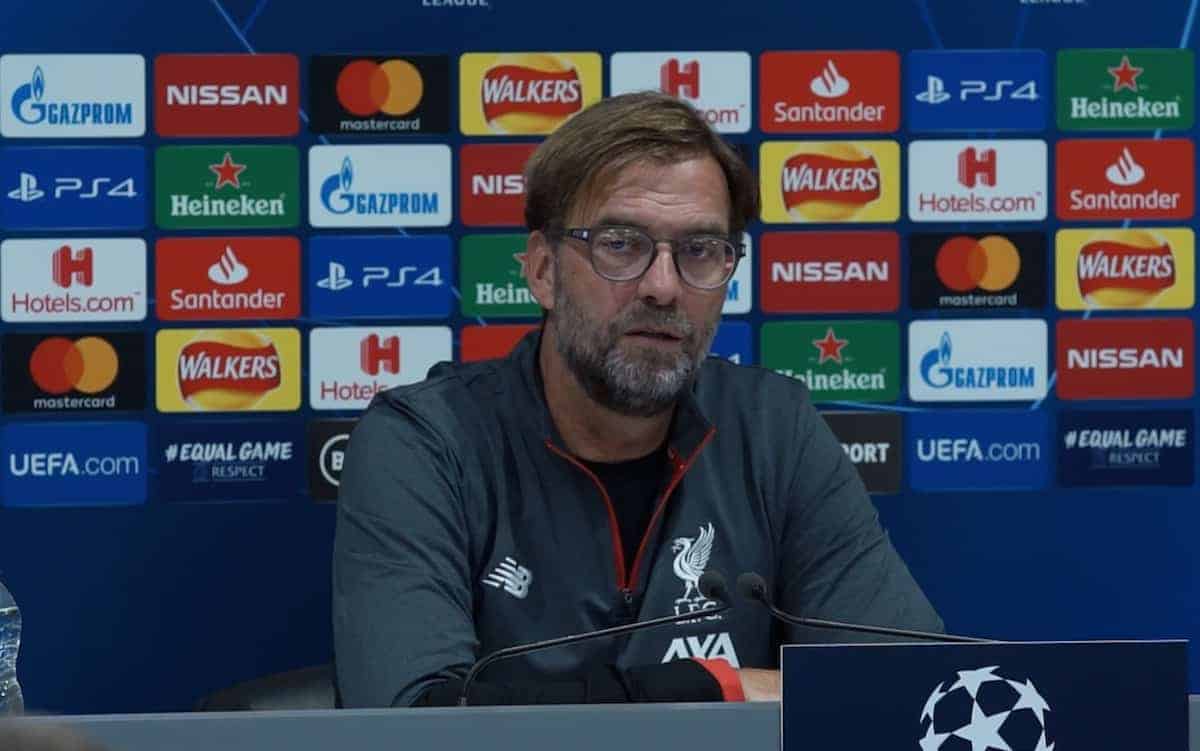 Liverpool manager Jurgen Klopp insists he was not overly concerned after squandering a three-goal advantage against Red Bull Salzburg as he had faith in his players’ strength of character to bounce back.

The Reds raced into a commanding lead with goals from Sadio Mane, Andy Robertson and Mohamed Salah inside 36 minutes but started to go backwards when Hee-Chan Hwang pulled one back just before half-time.

Takumi Minamino set nerves jangling 10 minutes after the break and when substitute Erling Braut Haaland scored his 18th of the season four minutes after coming on, it appeared the European champions’ homecoming would fall flat.

However, Salah took his tally to 12 in 13 Anfield Champions League appearances to secure a first victory in Group E.

“That we showed character, I would be the last one to be surprised by that,” said Klopp.

“That’s why I was not overly concerned at the moment of 3-3 because I knew we would have moments again.

“It would be silly if that were not possible because we did so many good things so we should not lose complete faith in ourselves in the moment when it becomes a bit difficult.

“It was far away from being a perfect game but it was a typical Liverpool game, very exciting. I thought after the game maybe I am angry but I realised I am not angry, so why should I show up as if I am angry?

“I respect the performance of the opponent and saw a lot of good things from us. We can do better. We will do better. That’s it.”

Liverpool conceded three goals for the first time since their Champions League semi-final first leg against Barcelona in the Nou Camp last season and only the second time in all competitions since losing to Real Madrid in the 2018 final.

With third-placed Leicester arriving at Anfield on Saturday, Klopp knows his players have to fix the problem and tighten up.

“I am sure Brendan Rodgers thinks if we defend like we did tonight then probably Jamie Vardy will run five times alone with the goalkeeper,” added Klopp.

“It was a very important lesson for us tonight. We will learn but we have to learn quick. I knew before that we have to improve a lot but now everybody knows it probably.”

Salzburg boss Jesse Marsch felt his side proved a lot at Anfield, having opened their campaign with a 6-2 win over Genk, who subsequently held Napoli to a goalless draw.

“We have seen, we can play at this level. When we play our football, we always have a chance,” he said.

“Of course we had the hope for a point after getting it back to 3-3, we were close. I am very proud of the team and it is important that we learn from this evening.”