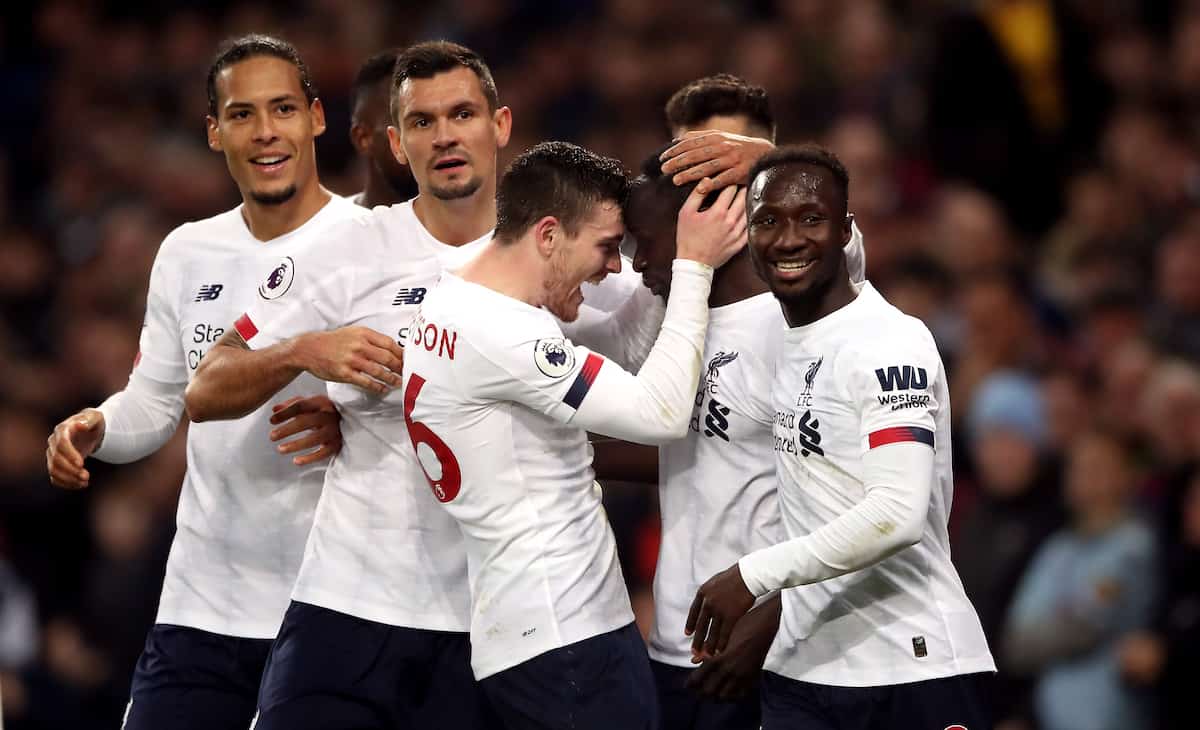 This Liverpool side refuse to give in, and produced another late, late comeback to beat Aston Villa and maintain their lead at the top of the Premier League.

Alisson came back into the side after a midweek rest.

He made a routine early save to deny Anwar El Ghazi and then showed brilliant speed of thought to ensure Jordan Henderson didn’t sell him short with a back-pass.

The Brazilian did the same in the second half, on a quiet but impressive afternoon.

Alexander-Arnold made his 100th Liverpool appearance, becoming the fourth-youngest player to achieve that feat in Reds history.

The 21-year-old was the Reds’ standout player, showcasing his unbelievable quality and playmaking-ability.

His long-range passing was a joy to watch and he fired one deflected strike over the crossbar.

His free-kick won the corner, which he then took, to assist Mane’s winning goal.

This is a special young footballer we are watching blossom at Anfield.

The Croatian was bullied by Villa striker Wesley on occasions, but he battled well up against him and justified his selection.

The centre-back’s passing was good, too. 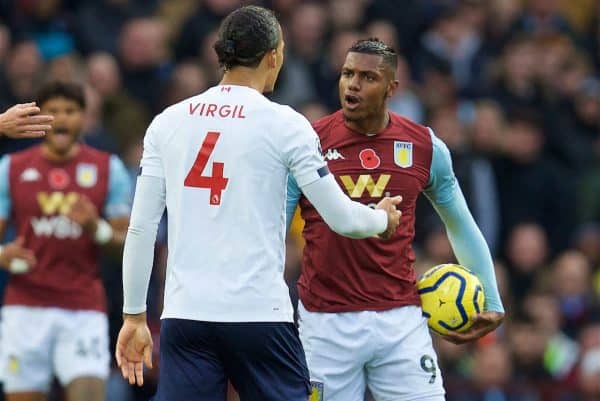 Van Dijk hasn’t necessarily been at his all-conquering best this season, but he was largely impressive at Villa Park, despite the scoreline.

The Dutchman’s use of the ball was impressive at times, showing effortless class, and he did his defensive duties well, behind one lapse.

There was the odd moment of sloppiness that you don’t associate with Van Dijk, but he was solid.

The Scot continued his ever-present record in the Premier League this season, and like Alexander-Arnold, he was one of Liverpool’s most effective players.

His lung-busting runs often gave the Reds a two-on-one attack and he was typically dogged in his defensive duties.

The left-back equalised with a bullet header late on, showing his tenacious winning mentality.

Lallana was a surprise starter, as Jurgen Klopp rested Fabinho due to his risk of suspension.

Used in the No.6 role, he never looked at the races there, despite the odd neat touch and precise pass.

Physically, he was a million miles away from Fabinho and he fluffed a great chance to equalise, skewed his shot horribly.

Henderson came back into the side, hoping to build on an improved goalscoring second-half performance against Tottenham last weekend.

However, this was another below-par offering from him not providing anywhere near enough guile in the middle of the park.

Henderson got lucky with the aforementioned under-hit pass that Alisson bailed him out on and his final ball was too often more hopeful than anything.

The skipper did improve in the final 20 minutes.

Sometimes, Wijnaldum is Liverpool’s most frustrating player – this was one of those days.

If Henderson was messy, he was at least noticeable, but the Dutchman was painfully safe on the ball and the match completely pass him by.

Too often recently, Wijnaldum has left supporters wanting more – this was woeful from him.

Salah was hoping to add to his eight goals so far this season, but yet again, his all-round game was lacking.

Liverpool’s No.11 forced Tom Heaton into a smart first-half save, but otherwise, his end product was bordering on non-existent.

Two skied efforts summed up a poor afternoon for Salah and he was replaced by Divick Origi.

Mane once again adopted his left-sided role, and although this was often an infuriating performance, he was ultimately the Reds’ hero.

He always looked a threat when he drove at the Villa defence, but his final ball was wretched, whether his passes be over-hit or simply played to the wrong man.

The Senegalese assisted Robertson’s equaliser and then headed home the winner, though, rendering all that came before it meaningless.

Firmino led the line for the Reds, but as is so often the case, his bad display meant the Reds also dropped well below the desired level.

The 28-year-old had a goal questionably ruled out for offside before half-time, but his general play was loose and ineffective.

He was far better in the latter stages, however, with his influence more noticeable. 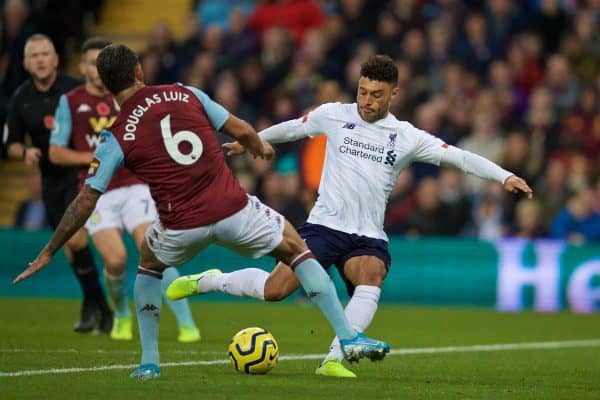 Had three shots blocked within seconds of coming on and offered so much more than Wijnaldum.

Made himself a nuisance up against tiring legs.

Added some forward-thinking on the ball, but looked a little weak physically.

For so long on Saturday it looked as though this would be a bad day at the office for Klopp’s side, but he has built a winning mentality in this squad.

His decision to start Lallana was a strange one, and ultimately didn’t work, but once again the winning habit he has instilled in his players shone though.

Replacing Wijnaldum with Oxlade-Chamberlain was a good decision made at the right time – this was an enormous day in the Premier League title race.

Top of the league by six points and Man City up next.