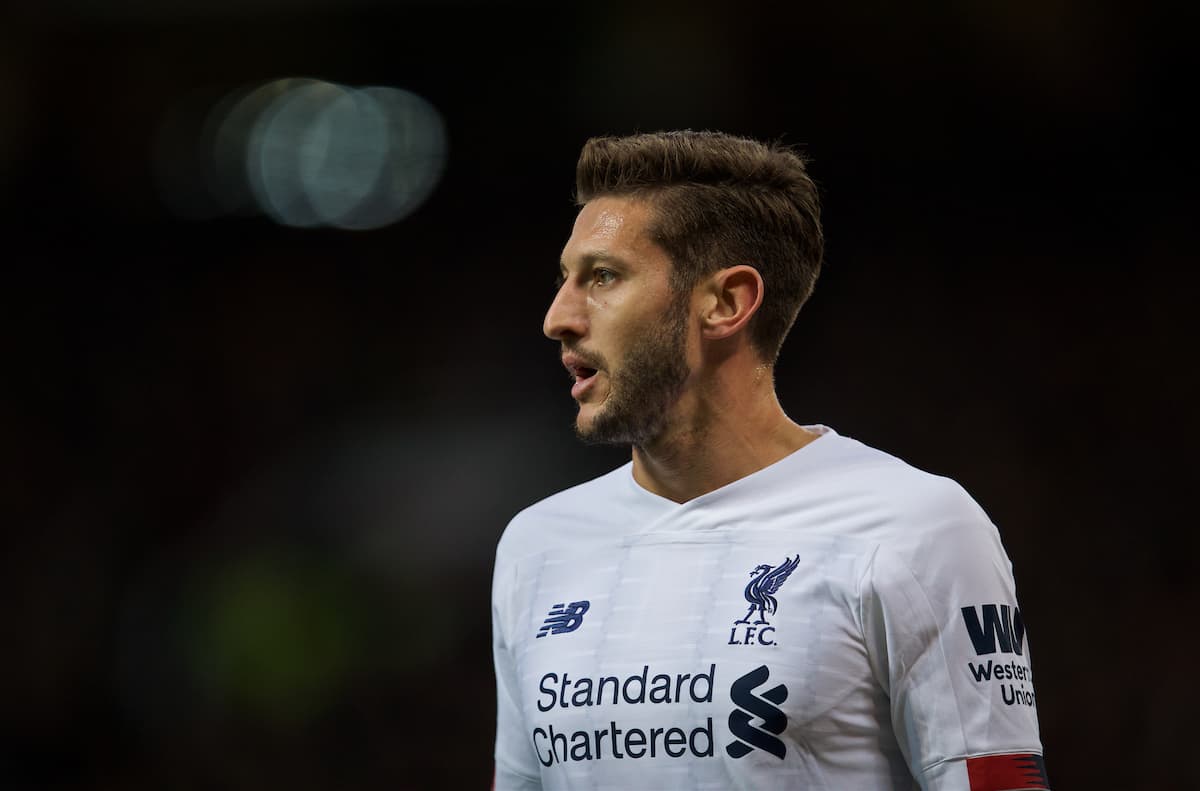 Jurgen Klopp has made sweeping changes for the Premier League clash at Aston Villa following the midweek win over Arsenal, with Adam Lallana retaining his place in midfield.

After a memorable midweek victory in the League Cup where a host of Liverpool’s youngsters took centre stage, with five making their Anfield bow, the Reds return to Premier League action with their senior contingent at the fore.

With a six-day break under their belt, Klopp has bolstered his side with fresh legs as a tenth win of the league campaign is within reach at Villa Park.

Alisson starts between the sticks on the search for his first clean sheet since his return from injury, with Trent Alexander-Arnold, Dejan Lovren, Virgil van Dijk and Andy Robertson forming the defensive line ahead of the Brazilian.

In the middle of the park, Klopp has opted for caution with his midfield general as Fabinho takes his place on the bench as he is a yellow card away from a one-game suspension.

It means Adam Lallana retains his place from the win in midweek as he drops into the No. 6 role in place of the Brazilian, and he is joined by Gini Wijnaldum and Jordan Henderson.

Although there were concerns over Mohamed Salah’s fitness in the lead up to the game having failed to train with the team throughout the week, Liverpool’s No. 11 will start up front alongside Roberto Firmino and Sadio Mane.

Despite etching their names on the scoresheet against the Gunners, Divock Origi and Alex Oxlade-Chamberlain find themselves among the substitutes, with Naby Keita fit enough for the bench. 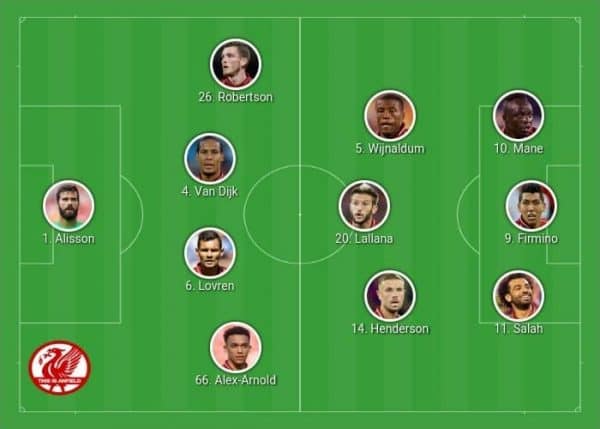 The boss is not expecting life to be easy going at Villa as he “100 percent” expects Dean Smith’s side to be intent on derailing the Reds’ unbeaten start to the season.

“Aston Villa are obviously a very very good team, their start was a bit unlucky and they’ve performed very much from the beginning but didn’t get the results,” Klopp told reporters on Friday.