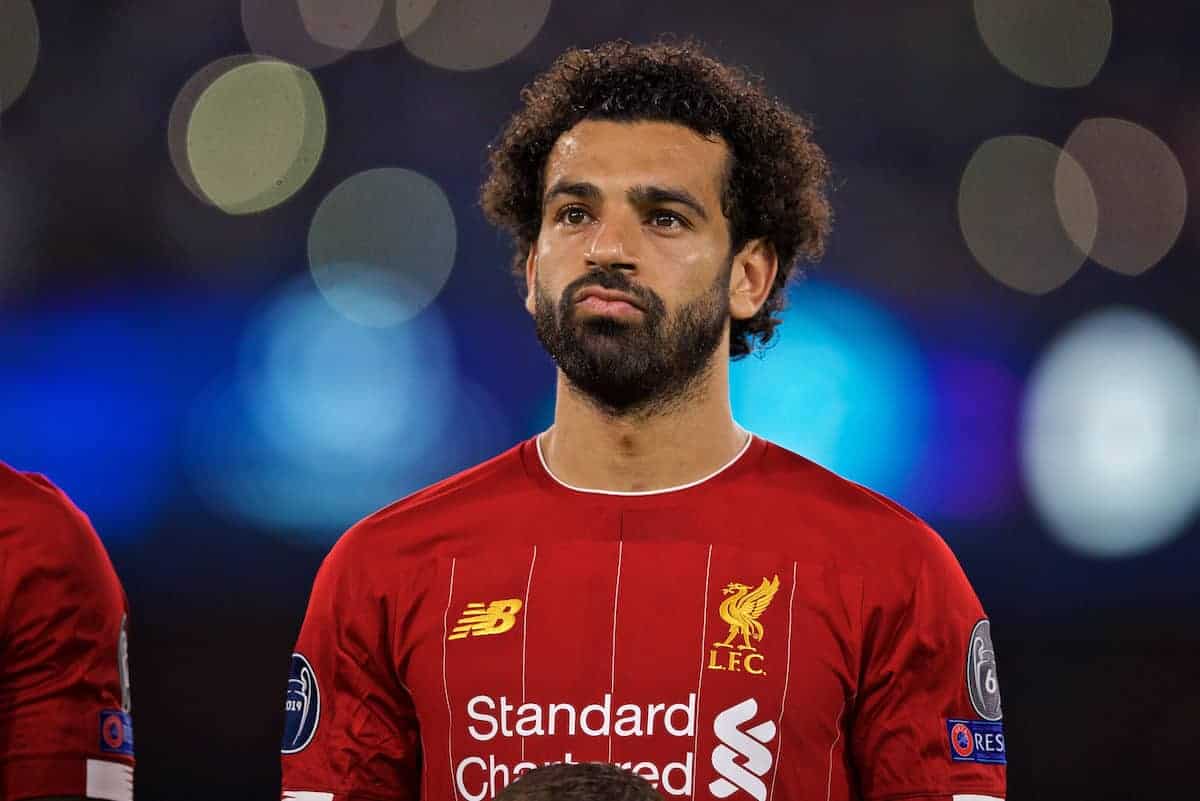 Salah was an unused substitute in Saturday’s 2-1 win at Crystal Palace as he nurses an ankle injury, but has been restored for a crucial European tie at Anfield.

The Egyptian rejoins Sadio Mane and Roberto Firmino in attack as Klopp names a strong side in pursuit of three points which would secure progress to the last 16.

Alisson starts in goal against the side which he produced his biggest save as a Liverpool player against last December, in what is the No. 1’s 10th appearance of the season.

Ahead of Alisson in defence is Joe Gomez, Dejan Lovren, Virgil van Dijk and Andy Robertson, with the latter starting despite ongoing ankle problems of his own.

In midfield, Fabinho lines up in the engine room ahead of an enforced day off on Saturday, and is joined by James Milner and Jordan Henderson.

After a disappointing 2-0 loss away to Napoli last time out, Liverpool will be desperate to seal a more positive result this evening.

To do so, Klopp will likely rely upon Salah, Mane and Firmino to provide the cutting edge, though he also has the likes of Gini Wijnaldum, Alex Oxlade-Chamberlain and the returning Xherdan Shaqiri on the bench. 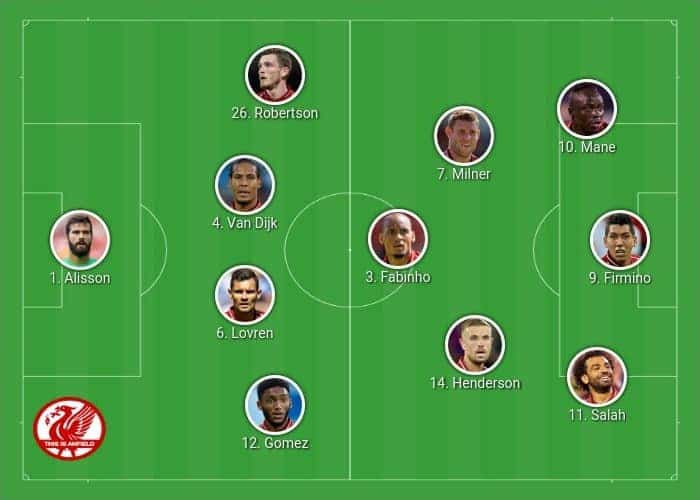