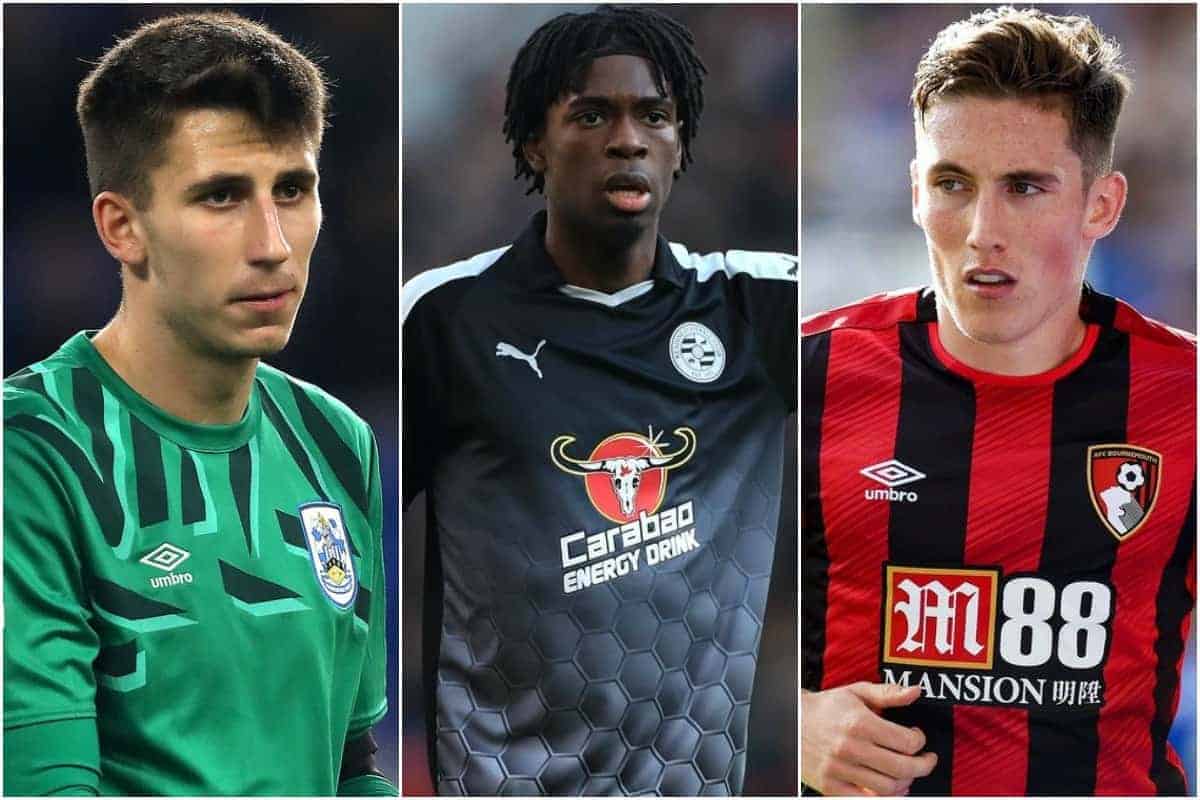 Liverpool’s loanees were in improved form across the weekend as Harry Wilson and Ovie Ejaria both registered on the scoresheet with fine finishes.

Slowly but surely Jurgen Klopp’s borrowed Reds are emerging from a quiet period and rediscovering their blistering early season form.

Only seven of the loanees played, but those who featured did their best to make up for the lack of action by providing game-changing moments and impressive form.

Here’s all that happened, starting with the goalscorers…

In the recent quiet weeks Ejaria has really been the shining light among the loanees.

The 22-year-old has been in electric form producing a string of impressive displays at the heart of Reading’s midfield, which have helped transform his side’s fortunes in the process.

This continued on Saturday as Ejaria capped a classy showing with his third goal of the season in a 3-0 win against Luton, which moved the Royals five points clear of the Championship relegation zone.

Ejaria netted the crucial second on the half-hour mark to give his side breathing space, producing a fine finish at the end of a slick team move.

After being released down the left flank, Ejaria effortlessly beat his marker, cut inside onto his right foot and sent a fizzing strike past James Shea and into the far corner.

The goal came in another influential overall performance from the loanee, who played 64 minutes before being withdrawn as a precaution with a thigh problem.

Hopefully it proves nothing serious as Ejaria is certainly on a hot streak of form which he will be desperate to continue.

Wilson was back on the scoresheet…

Wilson has endured a quiet spell recently, going five games without a goal contribution since scoring in Bournemouth’s 3-1 derby-day win at Southampton in September.

Despite that lack of productivity, the Welshman has remained a regular starter as boss Eddie Howe has kept faith with the 22-year-old to play his way back into form.

That patience was rewarded on Saturday as Wilson returned to the scoresheet, though his effort unfortunately couldn’t prevent a 2-1 loss to Newcastle.

Wilson opened the scoring after 14 minutes to seemingly put his side on course for victory, and, like with Ejaria, it was another fine finish at the end of a brilliant team move.

It came from a set-piece rather than a counter-attack, but it was certainly no less impressive.

Howe’s men orchestrated a clever routine at a corner and Wilson delivered the finish the move deserved, whipping a crisp strike into the bottom corner.

The goal was Wilson’s fourth Premier League strike of the season in 11 outings; hopefully it will help him rediscover more consistent form.

A mixed bag for the remaining five Reds in action…

Loris Karius bounced back from a difficult night in the Europa League by keeping a clean sheet as Besiktas battled to a narrow 1-0 win against Denizlispor on Sunday.

The German was in fine shot-stopping form throughout and pulled off one particularly impressive save at full-stretch to divert a brilliant free-kick over the bar.

It wasn’t such a successful weekend for other half of Liverpool’s goalkeeping union though.

Kamil Grabara‘s six-game unbeaten run in the Championship—which included an impressive four clean sheets—came to an end as Huddersfield lost 3-1 at high-flying Preston.

It was a quiet week for Sheyi Ojo with Steven Gerrard’s Rangers.

After going unused in the Europa League, the youngster had to settle for a second-half sub outing in the Gers’ 2-0 win at Livingston, entering for the final 30 minutes to help his side see out the victory.

Also in Scotland, Liam Millar‘s hokey-cokey run at Kilmarnock continued as he dropped back to the bench and featured only as a late sub in Killie’s 2-2 draw with Hamilton.

Finally, Allan Rodrigues enjoyed another prosperous week of action at Fluminense as he played back-to-back 90 minutes; the first in a 2-0 win against Sao Paolo and then in a 2-1 loss to Internacional.

Marko Grujic and Nat Phillips were both unused substitutes in Germany, while Rhys Williams was out of action as Kidderminster Harriers’ clash with Gateshead was postponed.

Meanwhile, Anderson Arroyo is edging closer to a first appearance for Mlada Boleslav, with the Colombian making the bench for the third game running on Friday, after working through a reserve game last month.