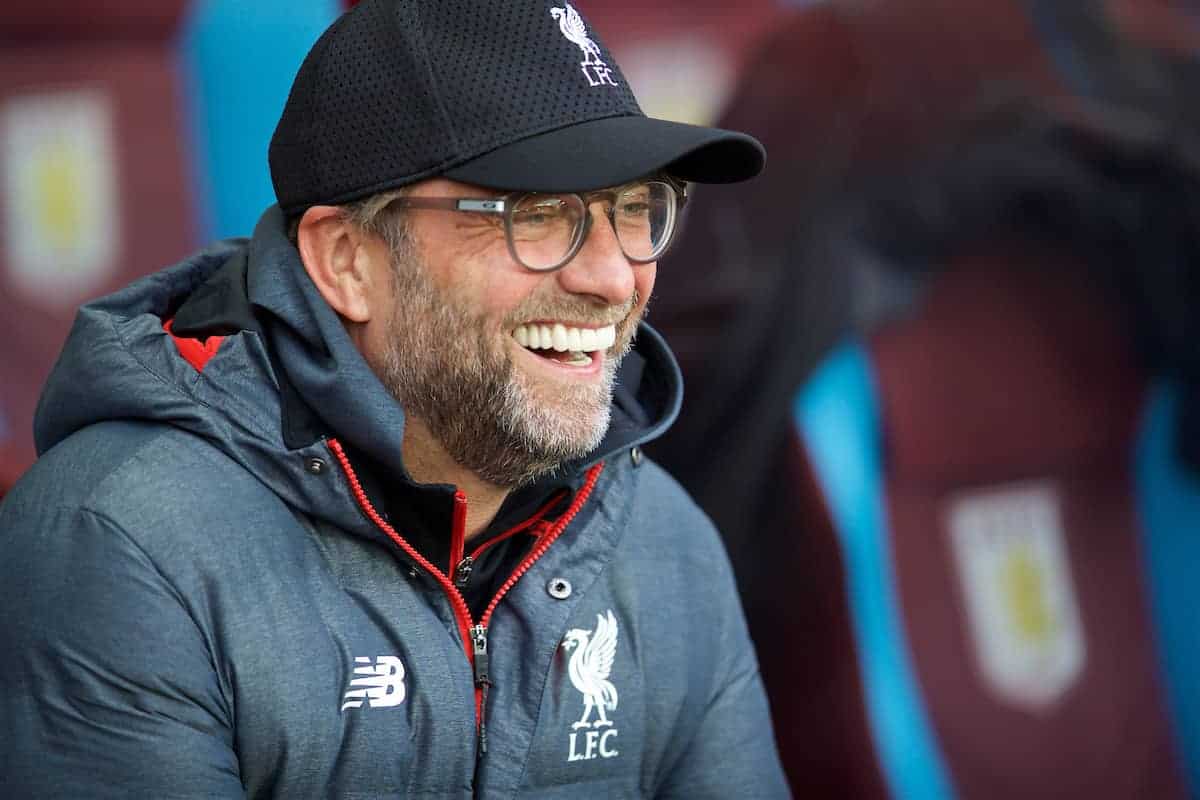 Jurgen Klopp insists Liverpool must learn from their narrow escape at Aston Villa after the Reds required some dramatic late heroics.

Trezeguet’s first Villa goal came close to ending their run as the battling hosts gave their visitors a massive scare.

Liverpool remain six points clear at the top of the Premier League ahead of next Sunday’s mammoth clash with Manchester City at Anfield.

Pep Guardiola’s side also avoided an upset against Southampton, coming from behind to win 2-1.

Klopp said: “We still have to learn and improve and sometimes you have to get knocks and we got knocks. For little mistakes we got knocks but in the moment we could sort it.

“It’s not that we didn’t deserve to win, I’m fine with the performance but there were moments I didn’t like.

“We made it difficult for ourselves. We started playing football well but not exactly how we should have. Aston Villa were ready for a proper fight and a proper battle.

“We conceded a goal and it’s not so easy to change this wrong path immediately.

“When you watch the game one team deserved to win and it’s us. I can imagine how bad Aston Villa will feel, with all they did they will have deserved something.”

Trezeguet opened the scoring when he volleyed in John McGinn’s 21st-minute free-kick.

Roberto Firmino thought he had levelled soon after, only to be flagged offside.

It was a call backed up by VAR but so tight the Premier League had to clarify the decision at half-time, saying the striker’s armpit was ahead of last defender Tyrone Mings.

Klopp added: “It’s not the right way we talk about it and everyone wants to laugh about it.

“Managers get sacked for losing football games but I don’t want to make it bigger than it is. I don’t think anyone is doing it on purpose. At the end we need to sort a couple of things.”

Liverpool dominated the second half but gutsy Villa held firm until the 87th minute when Robertson headed in Mane’s cross at the far post.

Then Mane brilliantly glanced in Trent Alexander-Arnold’s corner in the fourth minute of stoppage time to break Villa’s hearts.

Boss Dean Smith said: “I’m proud of the performance and I said to the lads I want them to feel the hurt and take it in to the next game. That’s the way you improve and have that desire to get better.

“We’ve played the best team domestically, at the moment, and one of the best in the world and gone toe-to-toe with them.

“Defensively it was a really good display but unfortunately you’ve got to go 96, 97 minutes against the top teams.

“I’m very pleased with the performance, you can’t question the lads’ work ethic and quality.”