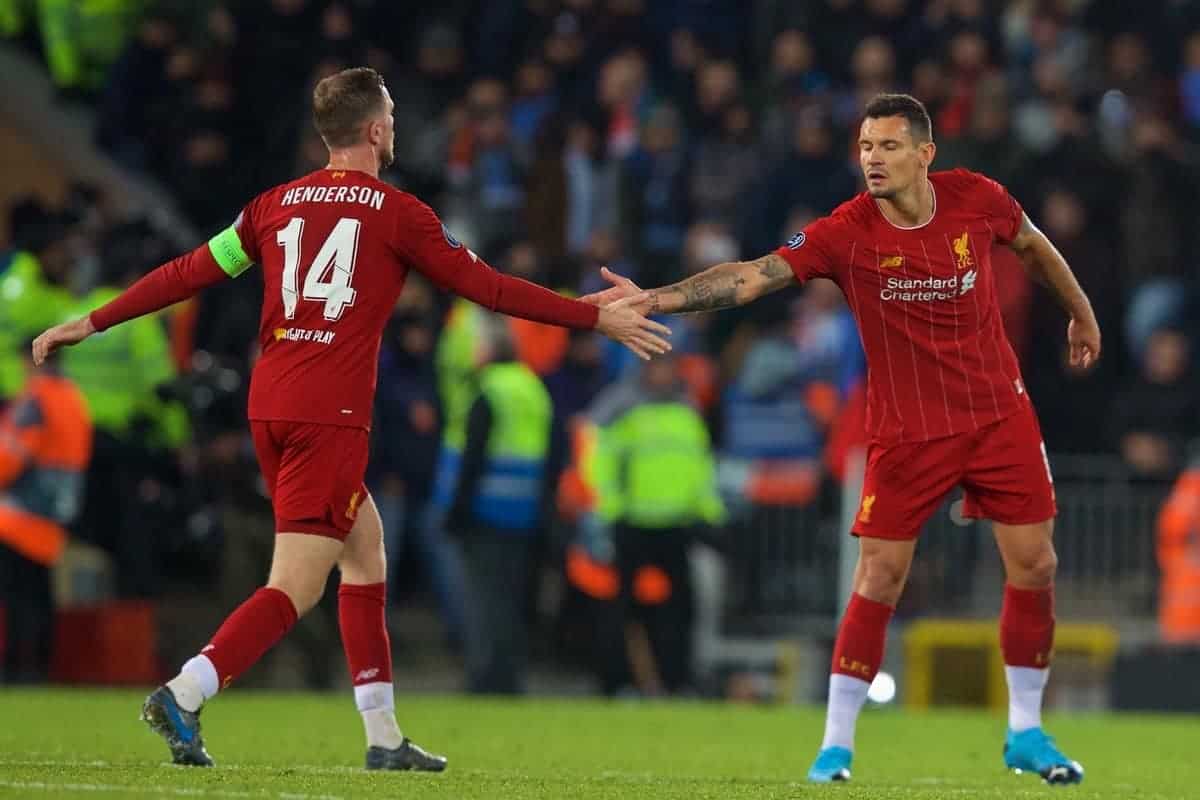 Liverpool fought back from an early upset to draw 1-1 with Napoli, which ensures Group E of the Champions League goes down to the final night.

First, it was Fabinho who required treatment after Hirving Lozano fell on his ankle, which eventually saw the Brazilian forced off after just 19 minutes, while Virgil van Dijk was left on the ground after a routine aerial challenge.

As Van Dijk was down clutching his side Dries Mertens was sent through, defying the offside trap, and the Belgian beat Alisson with a fine finish to make it 1-0 after two VAR checks.

There were a series of sloppy passes, particularly in the midfield where neither James Milner nor Jordan Henderson could find their feet, while Joe Gomez clearly presented a much less front-footed right-back option than Trent Alexander-Arnold.

A lack of speed and width hampered any dangerous attacks for much of the half, and a flurry in the final minutes came too late, though Sadio Mane and Mohamed Salah both showed signs of blossoming.

Liverpool certainly controlled the game from the start of the second half, but they still took time to settle in attack, though a fumble from Alex Meret required Kalidou Koulibaly to clear off the line from Roberto Firmino‘s volley.

Jurgen Klopp, who was yellow-carded in the opening 45, wasted little time in identifying Gomez’s lack of thrust at right-back, sending on Alex Oxlade-Chamberlain as, interestingly, Henderson took over in defence.

Predictably, Oxlade-Chamberlain changed the dynamic, and as the Reds continued to pin Napoli back, they won a corner that saw Dejan Lovren power home a header to make it 1-1.

That sparked Anfield into life, with belief in yet another comeback coursing as, elsewhere in Group E, Salzburg soared to a definitive victory over Genk which put the pressure on both sides to take the three points.

But despite Liverpool’s endeavour and their recent record of late heroics, they were unable to find the winner and it goes down to the wire on December 10.