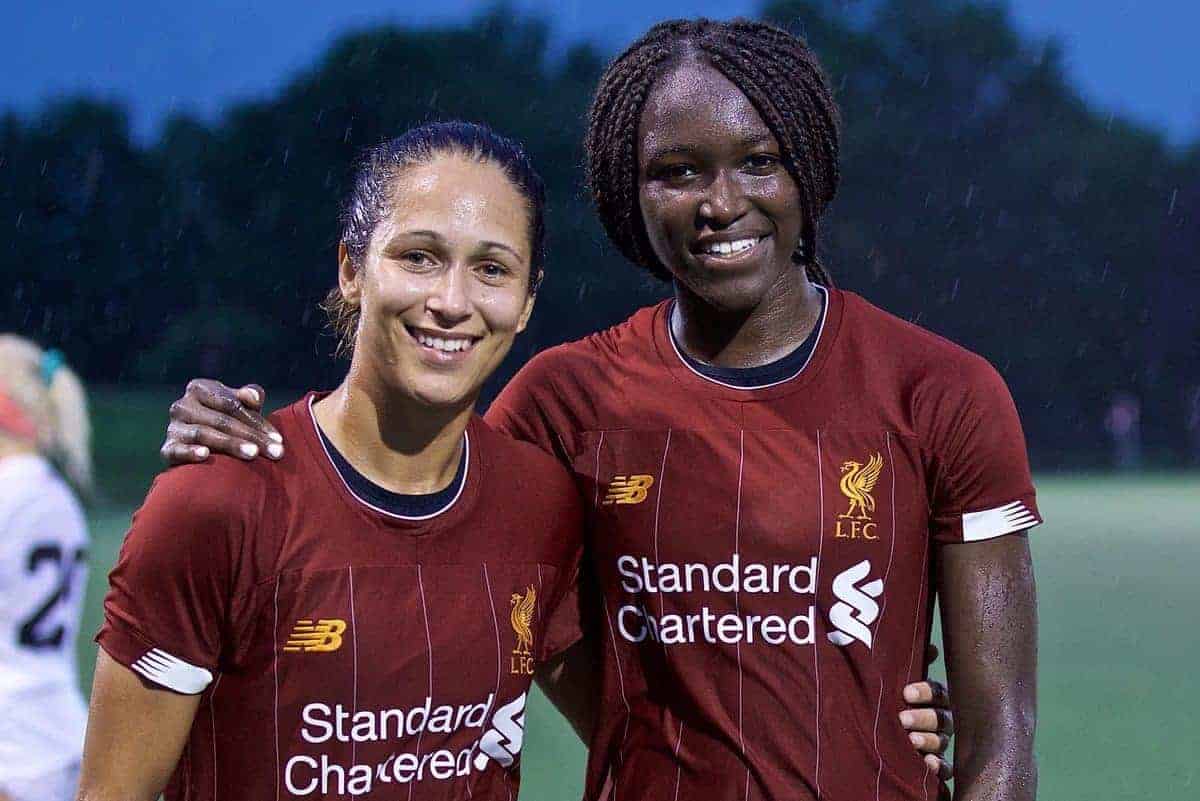 Liverpool FC Women secured a resounding 6-0 cup win over Blackburn Rovers on Thursday, with six different players on the scoresheet.

Vicky Jepson’s side headed into the clash off the back of a narrow Merseyside derby defeat at Anfield over the weekend, where three changes were made for the midweek encounter.

Fran Kitching took the place of Anke Preuss in between the sticks, while Rinsola Babajide and Ashley Hodson came in for Niamh Charles and Courtney Sweetman-Kirk.

In their opening three games in the League Cup, the Reds had notched one win and two defeats, ensuring the outing against the second division side was crucial to their hopes of progressing out of the group stages.

And Liverpool Women did not need long to stamp their authority on proceedings as early pressure was first rewarded on the scoreboard through Rhiannon Roberts with less than ten minutes on the clock.

Her finish from a tight angle was only the start of a fruitful night for the Reds as they would go on to establish a four goal buffer before the interval.

Babajide, who had only moments prior seen one of her efforts cleared off the line, would not be denied for long as in the 23rd minute she would unleash a strike from outside the area which curled perfectly into the roof of the net.

Two close-range poacher finishes then came the way of Melissa Lawley and Hodson within the space of five minutes, leaving Blackburn with an almighty task to work their way into the game at the break. 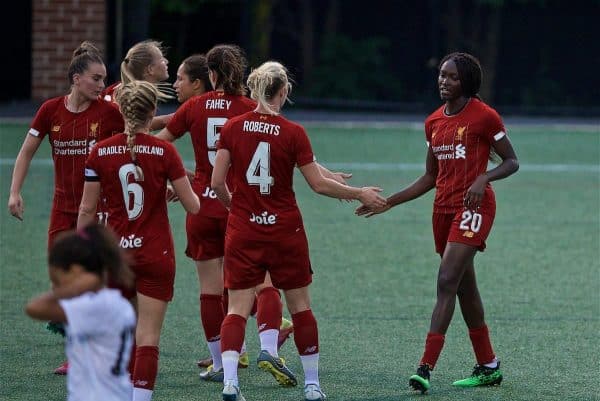 And while Liverpool’s pace continued to tear open Blackburn’s defence, the hosts did look to mount their own challenge early in the second 45, only for Jepson’s side to hold firm and inflict further misery.

Substitute Sweetman-Kirk was next in line to find the net late in the piece when she raced through on goal and tucked the ball safely into the bottom corner with six minutes remaining – it was the striker’s first goal of the season.

But just as the Reds looked to be closing up shop, Missy Bo Kearns notched her first senior goal with a well-executed free-kick in the 87th minute.

Having failed to find the net in their last three games prior to their victory on Thursday, their efforts will undoubtedly inject much-needed confidence and morale into Jepson’s side ahead of back to back games against WSL’s top two in Arsenal and Man City.