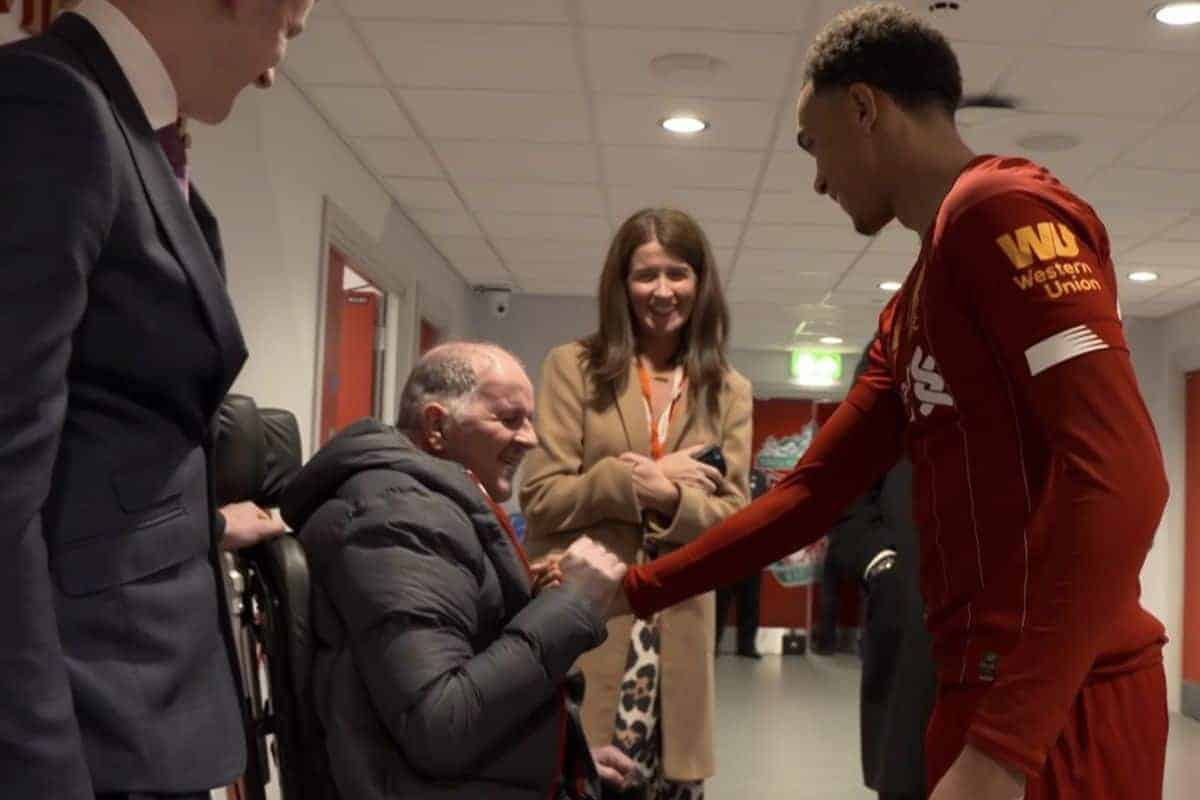 The latest edition of Inside Anfield has been released, and it’s one of the most touching episodes so far.

Liverpool supporters can’t get enough post-Man City content this week, as they revel in the Reds being eight points clear at the top of the Premier League.

Inside Anfield is something that has become a must-watch in recent times, documenting before, during and after behind-the-scenes footage on a matchday.

Although there is much to love about the latest edition, filmed during Sunday’s 3-1 win over Man City, the most memorable aspect comes towards the end.

Recovering Liverpool supporter Sean Cox was a special guest at Anfield, returning to the ground for the first time since suffering life-threatening injuries in 2018, having been attacked by Roma supporters.

Sean and his family were given a great reception by the home crowd, with his wife Martina speaking on the pitch at half-time.

Once the match was over and Liverpool could celebrate a potentially season-defining win, the Irishman was filmed meeting a few of his heroes.

Trent Alexander-Arnold, Joe Gomez and Jordan Henderson all shake his hand and give him a hug, which is a lovely moment.

Sean also has a warm conversation with Mohamed Salah, as Liverpool’s players show precisely why they are considered the Reds’ most likeable in generations.

The rest of the video is memorable in a different way, with the atmosphere at Anfield electric, as Jurgen Klopp‘s side outplay and defeat the Premier League champions.

Salah’s breathtaking team goal sums up everything that makes this team such a joy to watch, on a day when Liverpool more than outlined their title credentials.

It is those images of the players and Sean embracing that will live longest in the memory, though – it’s great that he was able to be present for such a massive victory.