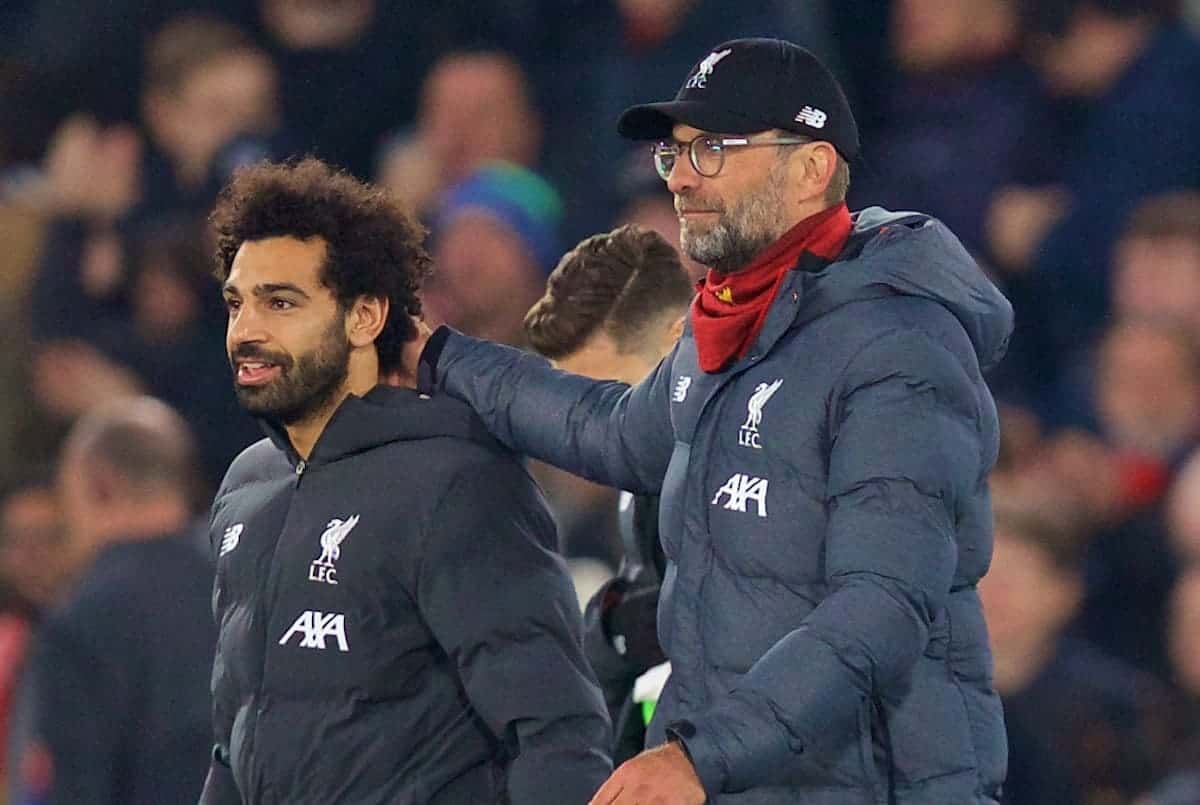 Mohamed Salah will be ready to return to Liverpool’s starting XI for Wednesday’s visit of Napoli in the Champions League, Jurgen Klopp has said.

Salah has been troubled by an ankle injury for the past seven weeks since an aggressive challenge by Leicester‘s Hamza Choudhury, and was withdrawn from international duty with Egypt last week.

The Reds’ No.11 took part in full training for the first time on Friday, meaning Klopp opted to put him on the bench for Saturday’s match at Crystal Palace.

“So we had to make a decision whether to start him or not.

“We wanted to bring him on, but then we scored, so we could rest him, that’s really good.

“Wednesday he will be back.”

That Liverpool were, eventually, able to rest Salah is a huge bonus for the player whose ongoing ankle injury has affected his performances of late.

Speaking on Friday, Klopp explained that surgery would not be required and that managing the injury will be key. “We have to be sensible,” he said.

Liverpool host Napoli at Anfield on Wednesday night, knowing that a win would see them qualified for the knockout stage of the Champions League and mean that the final group game, away to Salzburg in December, could allow for some rotation.