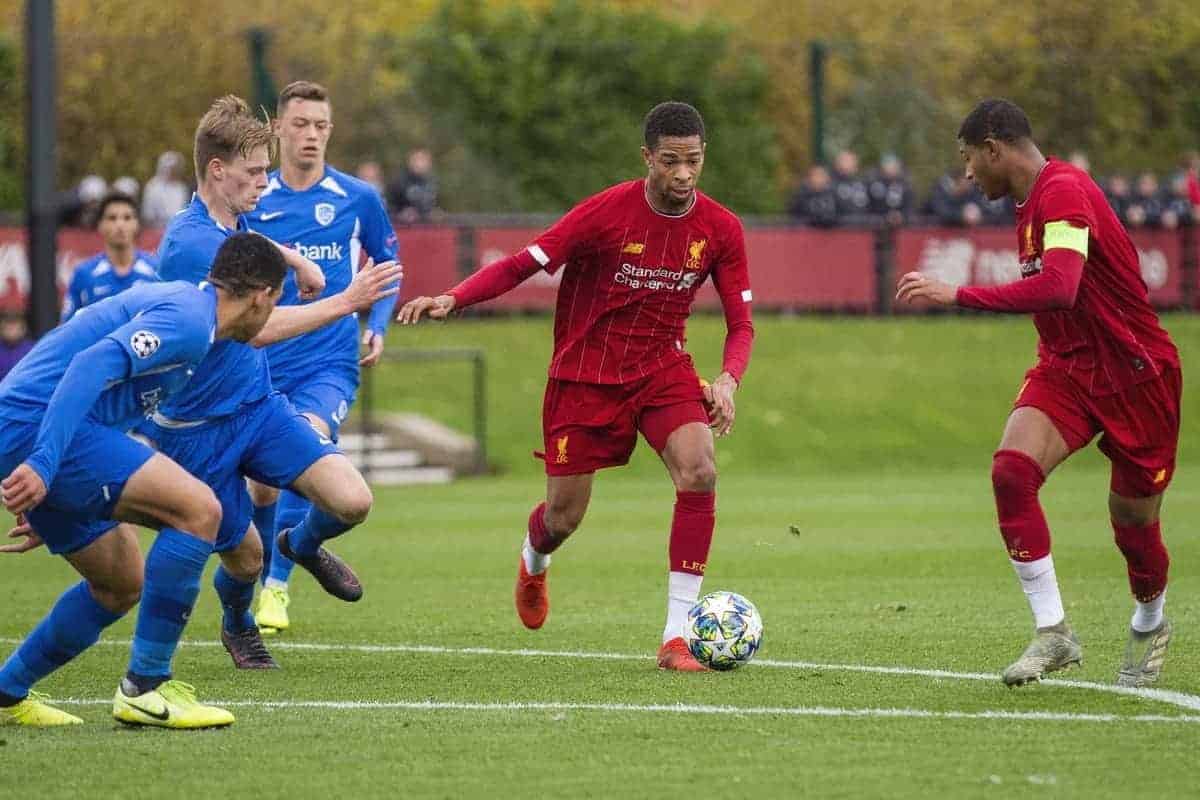 The Liverpool under-19s were struck by a stoppage-time goal as they fell to their first defeat in this season’s UEFA Youth League, 1-0 at home to Genk.

After a late venue change at the request of the club, the U19s took to the field at Kirkby with a strong lineup, as Rhian Brewster led the attack, while Sepp van den Berg, Neco Williams, Yasser Larouci and Harvey Elliott all started.

Missing was regular captain Curtis Jones—expected to be part of the first-team squad for the Champions League—leaving Brewster to wear the armband in his stead.

But after being buoyed by their heroics in the League Cup a week previous, it proved a tough afternoon for the young Reds as they fell to a late, late loss.

Neither side enjoyed many clear chances in the first half, but Genk came closest to opening the scoring before the break, as Ilias Takidine struck a powerful effort against the bar.

Williams could have opened scoring for Liverpool, but his shot was too close to Tobe Leysen in the visitors’ goal, and the opening 45 ended at 0-0.

The young Reds did fire more shots on target throughout, but were unable to truly test the Genk defence, seemingly lacking the drive that the maturing Jones provides.

Barry Lewtas attempted to switch things up with the introduction of the prolific Jake Cain and Tom Hill, but neither could inspire a decidedly off-colour Liverpool.

Jakub Ojrzynski was forced to make some strong saves as Genk pushed for a winner, but his efforts were ultimately in vain as substitute Sam Krawczyk scored in the 93rd minute.

It came after a flurry of stops from the Pole, though the hosts cannot feel too aggrieved at the result given their uncharacteristic performance.

The result sees Genk move level with both Liverpool and Salzburg with seven points after four games in Group E, with progress for Lewtas’ side now in no way guaranteed.