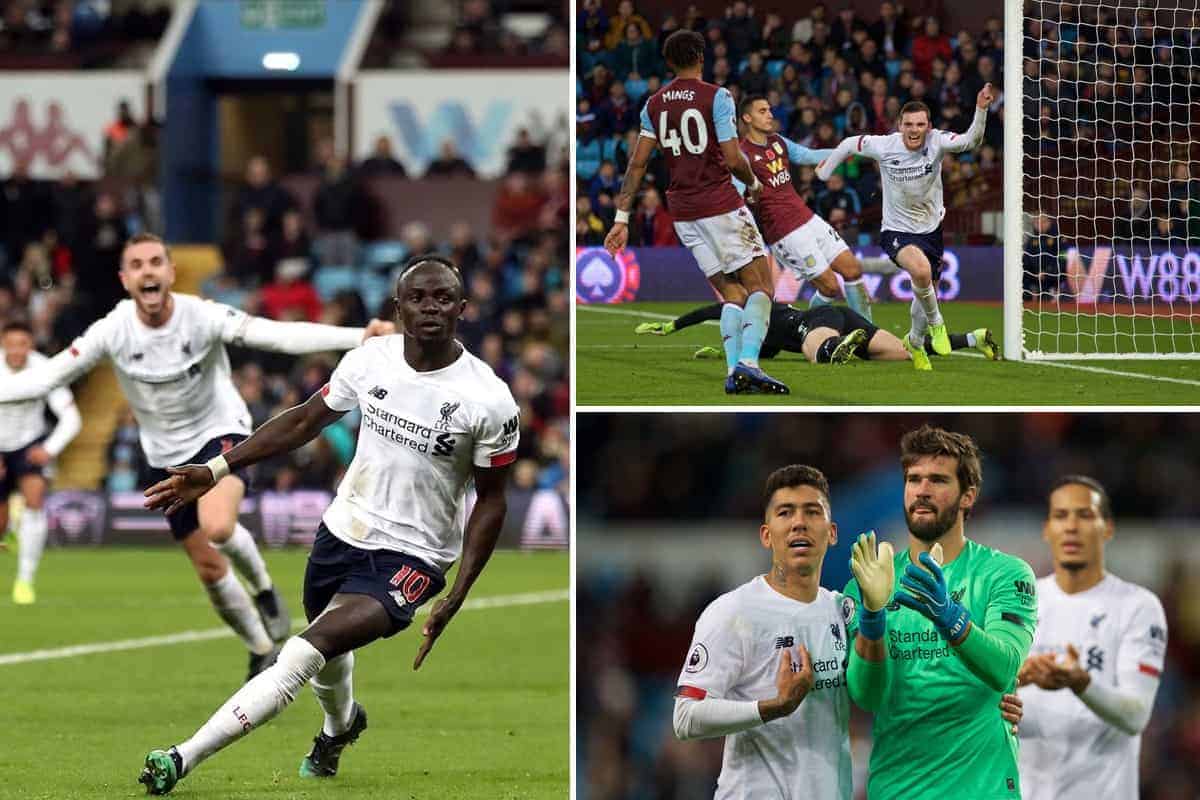 Liverpool needed two exceptionally late goals to deny Aston Villa a win that looked to all but be achieved on 88 minutes, emerging 2-1 victors.

There is something special building in Liverpool: for the third game running the Reds overturned a negative scoreline to seal a famous comeback.

Hot off the heels of Wednesday’s remarkable League Cup game, Liverpool would have wished for a routine victory away at newly promoted Villa but it wasn’t going to be that easy (is it ever?).

The hosts almost claimed the lead in the opening seconds, just like Tottenham, but Liverpool survived the early attack. It should have kicked the Reds into gear, but it didn’t.

Villa did strike first and it wasn’t against the run of play. The absence of Fabinho (rested for the Man City tie), left little by the way of creativity.

Jordan Henderson, Adam Lallana and Gini Wijnaldum all seemed to cancel each other out and the Midlands side took full advantage.

Trezeguet finished well, and Villa Park came alive—not a great start for the Reds after 21 minutes.

Roberto Firmino was denied a goal by the assistant—adjudged to be offside. VAR checked, and agreed.

The Premier League confirmed it was the Brazilian’s ‘armpit’ that was just ahead of the Villa defender.

Liverpool huffed and puffed, but it wasn’t until the introduction of Alex Oxlade-Chamberlain and Divock Origi that the league leaders began to click.

Jurgen Klopp brought on his first two substitutes at 65 minutes, and the chances soon started to mount up. Oxlade-Chamberlain saw three good shots all saved in quick succession.

Klopp went for broke, off came Lallana; the addition of Keita coincided with Liverpool’s equaliser.

Andy Robertson arrived on the end of a searching Sadio Mane cross—87 minutes and the Reds were level in a game that looked beyond them only minutes earlier.

As you know with this Liverpool side, the games are never over until the final whistle.

When the fourth official lifted up his board to signal five minutes of added time, there seemed to be only one outcome.

Mane threw his head into the mix after a wonderful ball by Trent Alexander-Arnold.

It was a brave header that nestled in the far corner of the Villa net—the travelling Liverpool fans went wild as Villa Park fell silent bar the end in Red. 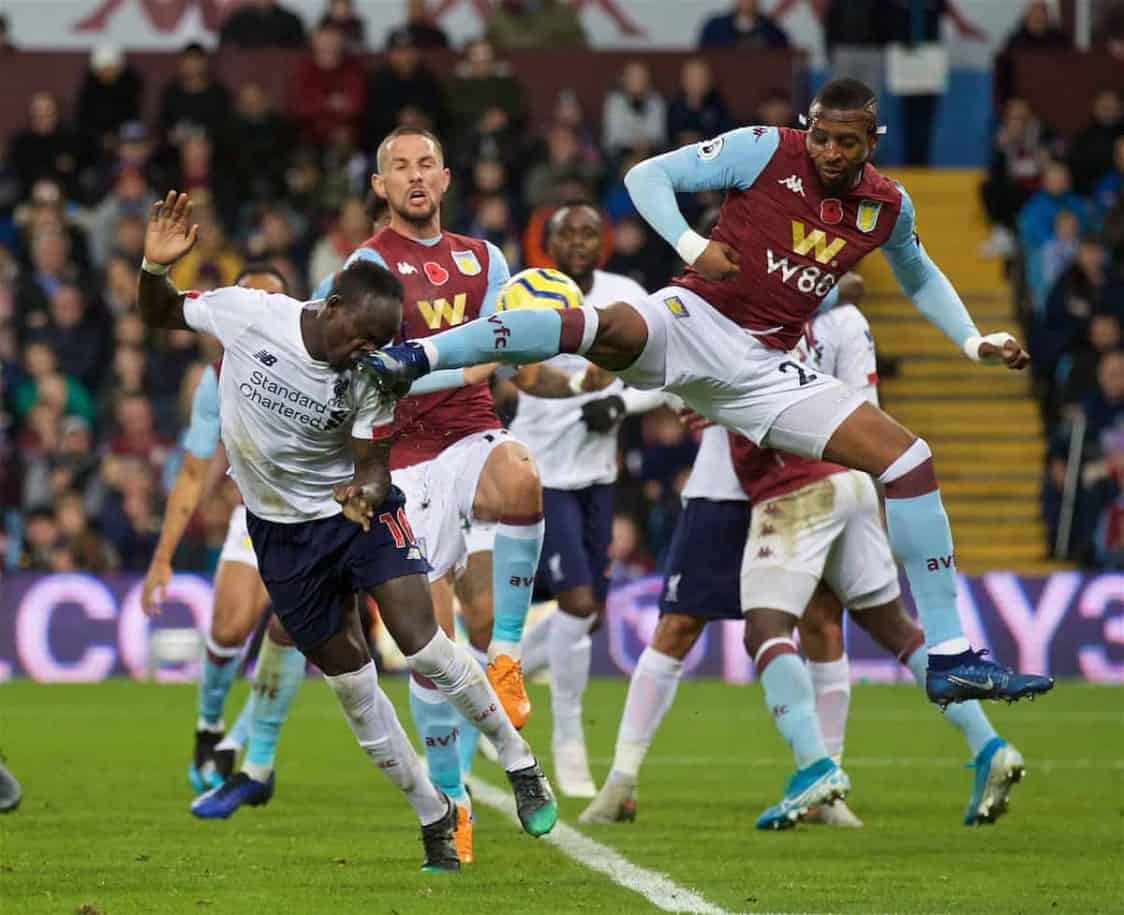 The goal was timed at 94 minutes, just 60 seconds remained for Liverpool to see out another famous comeback.

The feeling of relief at the final whistle was palpable, everyone knew what a big victory this was with City awaiting next in the league. 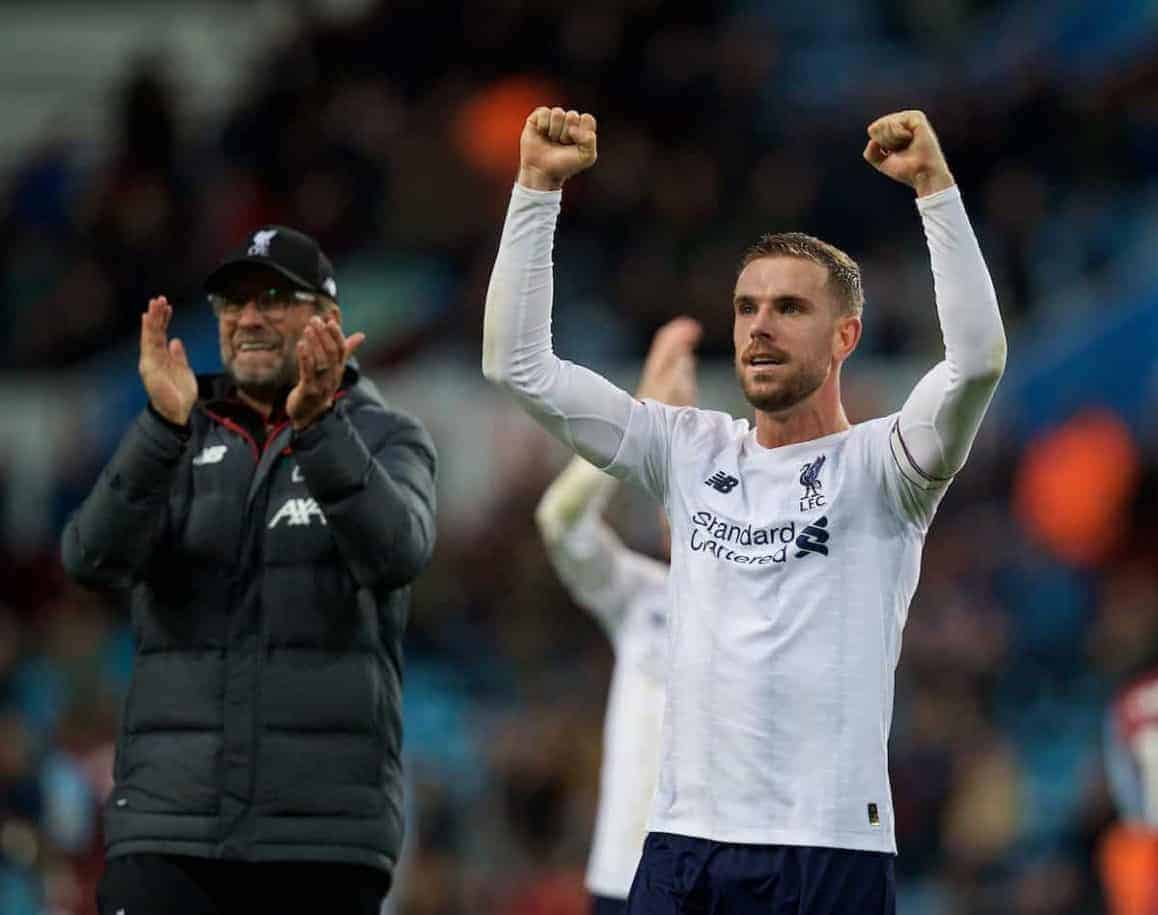 The result keeps Liverpool six points ahead of their closest rivals, who visit Anfield next weekend.

But before that, they host Genk in the Champions League midweek with an eye on the round of 16.