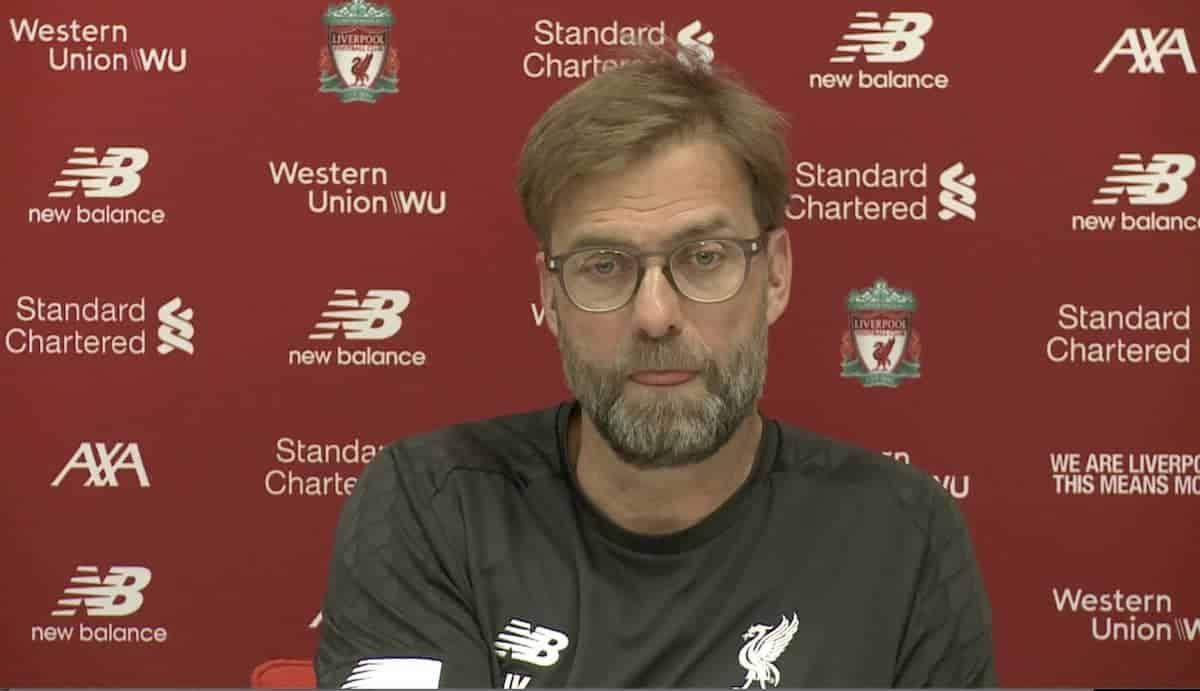 Jurgen Klopp was asked few questions about Saturday’s opponents in his pre-match press conference ahead of Crystal Palace vs. Liverpool.

Instead, there were questions on Joe Gomez‘s mindset after the incident with Raheem Sterling, on Jose Mourinho’s return to the Premier League and Mauricio Pochettino’s sacking, and on Xherdan Shaqiri‘s return to fitness.

The Reds’ boss, though, was also asked as to why Palace are a difficult opponent for his side – despite Liverpool having won six of their last seven meetings against the South London side.

Speaking on injuries, Klopp played it coy over the fitness of Mohamed Salah, admitting that his ankle injury persists to be an issue.

“It’s not that it got worse, but it’s still there,” said Klopp. “That’s the problem. We have to be sensible”

Klopp was asked about the title race but turned the question on its head by saying the only time he thinks about it is when he gets asked about it.

“I don’t think about this,” he said. “The biggest challenge is facing constantly questions about it.

“So far it’s a normal season – we try to get as many points as we can. The challenges are the 26 games we have left to play.”

Asked about the future run of busy games every weekend and mid-week, Klopp again made a veiled dig at reporters by adding that that means press conferences every two or three days also!

Liverpool play at Selhurst Park on Saturday (3pm), then host Napoli in the Champions League on Wednesday.