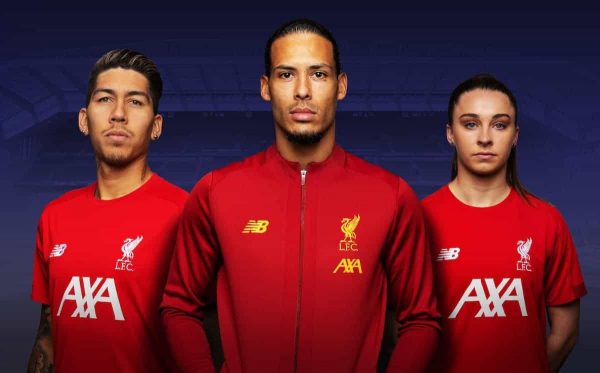 From signings to sponsors: How Liverpool are creating an empire both on and off the pitch

Trophies, new signings, record runs of victories – but it’s not just on the pitch where Liverpool are perhaps the biggest envy of teams all over the world.

It’s been a while, it feels, since the slow upwards panning of a camera in delectable HD to reveal a new signing pulling on the famous red shirt.

Takumi Minamino is officially a Liverpool player, and with his recent unveiling came all the hype, hysteria and excitement we come to recognise with a modern day signing.

Praise, rightly, has once again fallen at the feet of Michael Edwards and the recruitment team. Hours spent pouring over footage and statistics has paid off, with what many fans are hoping will be an early bargain of the decade contender.

As Liverpool build for the future, it’s refreshing to see supporters buying into the concept of signing players who ‘fit’, as opposed to names randomly plucked from the realms of fantasy football.

Jurgen Klopp’s recently crowned club world champions are so good at this present moment that only precise additional pieces need to be carefully selected.

But how we got here, to this precipice of what could be something truly special, has come from many years of painstaking work, planning and of course building. Yet while the team shines out on the field, the empire that is present-day Liverpool Football Club is much more than just a matchday squad and grows from strength to strength by the month.

After the heady highs of Madrid and an emotion-charged Champions League victory parade through the streets of Merseyside, the chequebook was left in the drawer. No summer additions would be made, as the Reds prepared to welcome back several faces on the comeback trail from serious injury.

Yet Liverpool had gone about some business quickly in summer, adding to certain ranks before the previous 2018/19 campaign even ended. This time in the business sector. Foundations were being laid and exciting deals agreed.

It was up in the commercial wings where hands were being shaken, as global insurance titans AXA signed on the dotted line and joined a growing stable of super-brands locking arms with the Reds.

After being away from English football since their four-year sponsorship agreement with the FA Cup in 1998, AXA wanted back in with only one single club in mind – Liverpool.

It was a shrewd move, with Jurgen Klopp’s side going on to win the European Cup almost exactly one month later, adding a sixth to their storied collection on the continent.

With Liverpool’s recruitment and transfer policy vastly outperforming their peers on pure strategy and initiative alone, the business minds crunching numbers up in the boardrooms quickly realised the club was headed for high places once more, and needed the backing and global standing to match.

A power four plan was devised some time ago, with Liverpool outlining a small core collection of internationally recognised businesses to have by their side, all united in the same beliefs, values and ambitions as the club.

With Standard Chartered already taking prime sponsorship of the Reds, emblazoned across the match-day shirt, others would soon join as visual deals became more prevalent within the Premier League.

After the footballing body announced, prior to the 2018/19 campaign, that sponsorship would be more widely placed on match-days, phones at Anfield began ringing with a relentless buzz. A decision process was crafted, with the Reds cherry-picking partners who tick each box.

Joining alongside the soon to be departing New Balance as kitmakers, Western Union arrived on board as sleeve sponsors with AXA replacing BetVictor as official training sponsor. Liverpool’s lucrative top table will, in the very near future, have US powerhouse Nike calling the shots on design.

For AXA, the timing could not have been better. Upon striking the deal Thomas Buberl, the company’s chief executive officer, stressed the importance of the deal, saying: ‘Featuring the AXA logo on the Liverpool training kit is a great symbol of our strong ambition to strengthen the AXA brand consideration globally.’

The company invested big money into the club with this hope in mind and, almost immediately, Buberl would be proved correct. Just weeks prior to the final showdown with Tottenham, the new training range was fresh off the production line and released to supporters, many of whom snapped it up before departing for the Spanish capital.

Due to its classic, old-school look and pleasing aesthetic, fans lapped it up and headed to Madrid in droves sporting it left, right and centre.

Flicking back through photos of that glorious night in the Spanish capital, the AXA branding worked its way into one of Liverpool’s most iconic moments, which will now forever carry European connotation and hold lasting sentiment.

With the Champions League trophy barely placed back into the Anfield cabinet, Liverpool’s core sponsors were quick to keep the ball rolling and strengthening ties. With the ink still in the drying process on the deal, AXA implemented a national campaign in conjunction with the Reds, using the slogan Sharing Makes Us Stronger to examine youth mental health and measures which can be taken to help.

Each of the other core partners released footage celebrating their relationship with the re-crowned European champions, and Liverpool’s return to being an ever-desirable commodity continued at a rapid pace.

Over 20 official partners fall beneath these business giants, including ones seen frequently around Anfield such as Carlsberg and Nivea. The Reds, of course, are pulling in several million per season as a result.

To this day offers are still arriving at Liverpool’s door with a craving to be involved. Four days ago Acronis were welcomed on board as Liverpool’s ‘official cyber backup and storage partner.’ The clamour never ceases when you’re Europe’s most exciting football club.

The Liverpool pie is simply baked to Michelin star standards right now, and everybody wants a slice. It’s quite a turnaround for a club who were deemed surplus to requirements by Adidas in 2012.

The club’s Fenway hierarchy were all too happy to take a punt on US sportswear brand Warrior – a subsidiary label of New Balance – as Adidas abandoned ship, safe in the knowledge that the level they wanted to take Liverpool to would attract the biggest of beasts.

Said deal was then worth £25 million per season. Today, the Reds’ agreement with Nike, when officially rubber-stamped, is set to be one of the largest sports deals of all time.

And so the Liverpool juggernaut thuds on, both on and off the pitch. A seemingly perfect blend has been found at Anfield, with a stellar business model and ethos which would have the Dragons in the den salivating.

Liverpool entered the new century on a high and full of hope, winning a treble of trophies under Gerard Houllier and believing bigger things were to come.

At that point, though, the club started to get left behind. Rivals began to outspend, and the famous little Liverbird simply wasn’t as desirable to the business world as it once had been. Performances fell off, global standing decreased and financial injections waned in what was a vicious cycle of events.

Several years in the darkness since has seen Liverpool’s rising of the phoenix act, which could yet be capped off this season with the one trophy most yearned for by all.

There have been doubts, concerns and lingering thoughts of dread over the past 10 years. A painful mixture of tears, fears and opposition jeers.

Make no mistake about things now, however: Liverpool could not be entering 2020, and a fresh decade, in any healthier a condition.