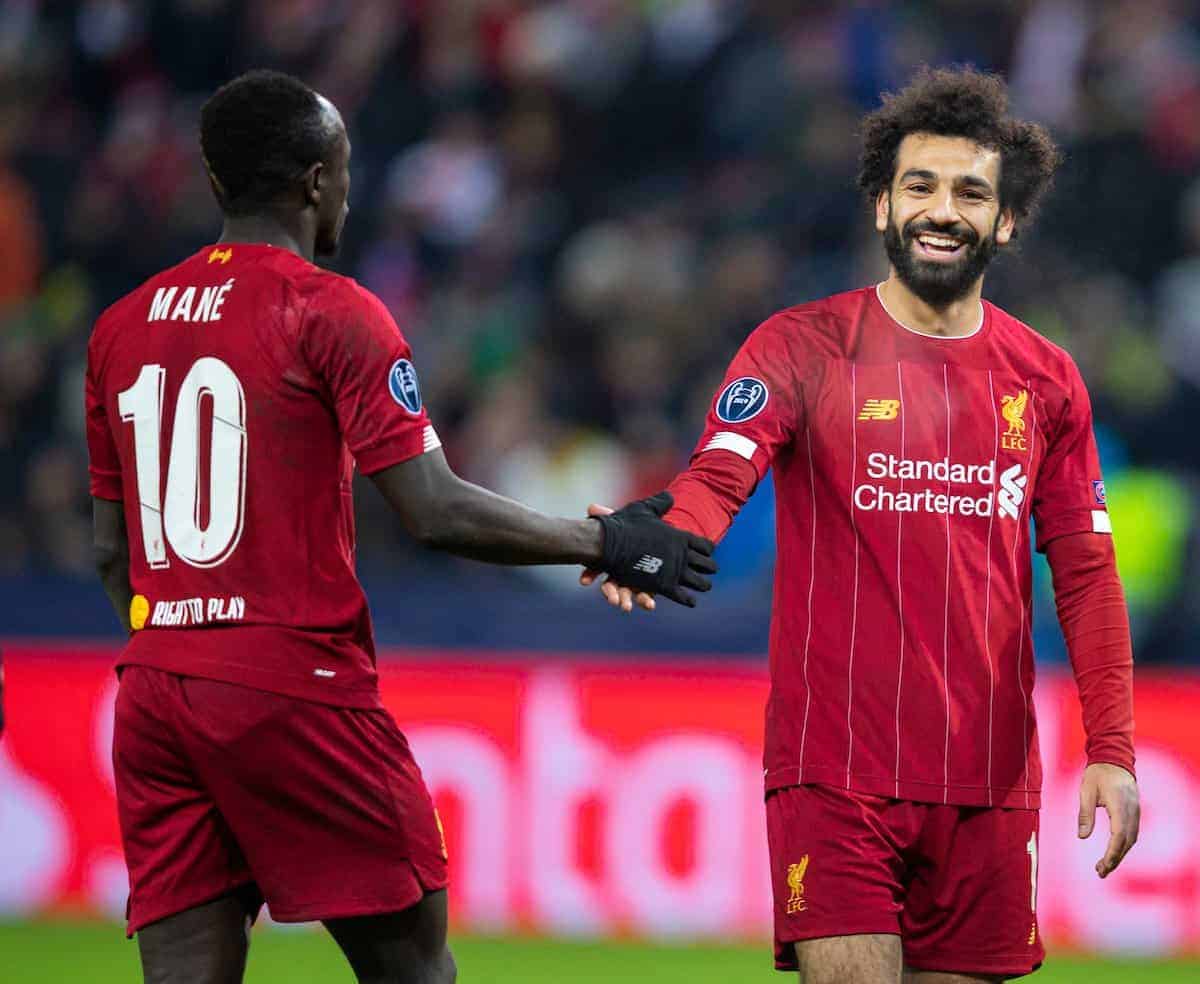 Liverpool host Watford in the Premier League on Saturday, but will Jurgen Klopp rotate before the Reds’ trip to Qatar? We doubt it.

Jurgen Klopp‘s side were largely excellent on Tuesday evening as they booked their place in the Champions League knockout stage.

The 2-0 win away to Salzburg had its nervy moments, but Liverpool’s quality shone through as the defence of their crown continues to gather momentum.

Next up is Watford this weekend, with the Hornets currently propping up the rest of the league, earning just nine points all season – 37 points less than Liverpool.

Despite the visitors’ struggles, this is a game where Liverpool must remain focused. 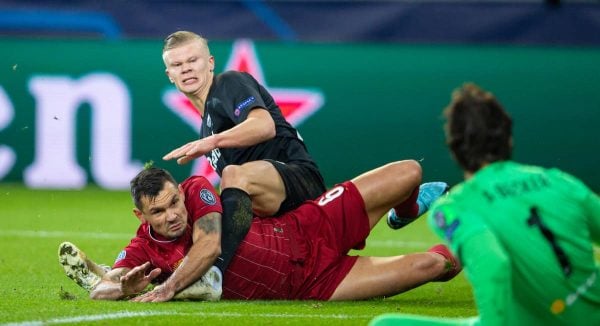 Dejan Lovren has been ruled out with a hamstring injury, having limped off in his last two outings for the Reds.

Joel Matip and Fabinho are still missing, and are unlikely to play again this year, while Nathaniel Clyne is a long-term absentee.

Klopp has an otherwise available squad to choose from, though, with plenty of options in midfield and attacking areas, in particular.

Klopp has made a point of saying that he will make constant alterations to his starting lineups in December, given the relentless nature of Liverpool’s fixtures.

That being said, the Reds don’t play again until Wednesday – the youngsters will face Aston Villa the previous day – and even that will be against potentially weaker opposition in the Club World Cup semi-final.

This means Klopp can potentially go as full-strength as possible as his team look to open up an 11-point lead over Leicester.

Liverpool’s defence picks itself at Anfield, with Joe Gomez and Virgil van Dijk the only fit centre-backs.

Trent Alexander-Arnold and Andy Robertson are also lacking deputies, especially with Gomez moving centrally, so they should start, too.

In midfield, Klopp has decisions to make, however.

Jordan Henderson has shone in the last two matches but it could make sense to give him a breather, moving Gini Wijnaldum to the No.6 role.

Naby Keita is also excelling, and while there may be a temptation to play him again, giving him a rest would be a wise move.

Alex Oxlade-Chamberlain and James Milner can then join Wijnaldum in the middle of the park, freshening things up.

Given the aforementioned break before another big game, there should be no great issue starting all three of Mohamed Salah, Sadio Mane and Roberto Firmino.

The trio have all had enough rest recently to have enough in their tank against the league’s bottom-place team.

That could leave Xherdan Shaqiri and Divock Origi disappointed in their hunt for playing time, but then they could start in Wednesday’s semi-final in Qatar. 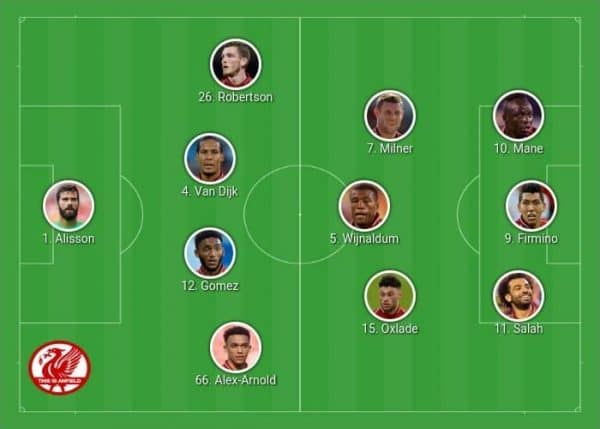 Although a number of those mentioned above pick themselves, Klopp’s penchant for December rotation means Liverpool’s starting lineup could easily look different.

A change to the back-line would be a genuine surprise, as would starting Henderson for a third time in seven days, but Keita could retain his place.

The Guinean has found a genuine rhythm for one of the first times in his Reds career and the manager may feel taking him out of the side will disrupt that. 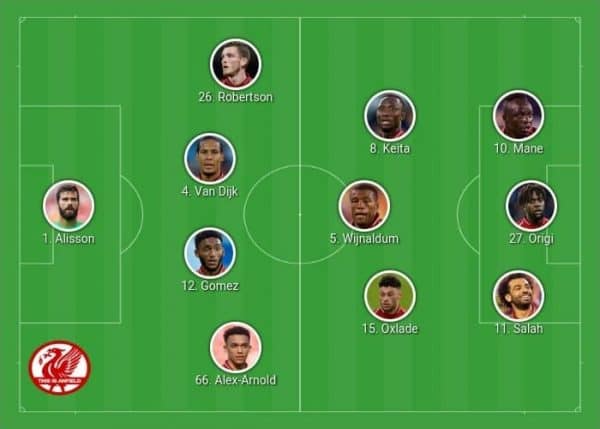 Adam Lallana is an option in the deep-lying role, but Wijnaldum was rested at Bournemouth and is expected to start there.

Firmino arguably looks Liverpool’s most leggy player at the moment, with the Brazilian a long way from his very best.

If one player in the front-three was to make way it would likely be him, allowing cult hero Origi another opportunity to thrive.

This is another big game in the Premier League title race – Liverpool will be expected to win comfortably meaning all the pressure is on the Reds.

Whoever Klopp picks needs to avoid the Saturday lunchtime malaise that can sometimes take place, putting further pressure on their title rivals.

Once the game is done and dusted, Liverpool’s attention will turn to League Cup and Club World Cup duties next week.

The Reds don’t play again in the league until Boxing Day, when a huge clash with Leicester takes place at the King Power Stadium.