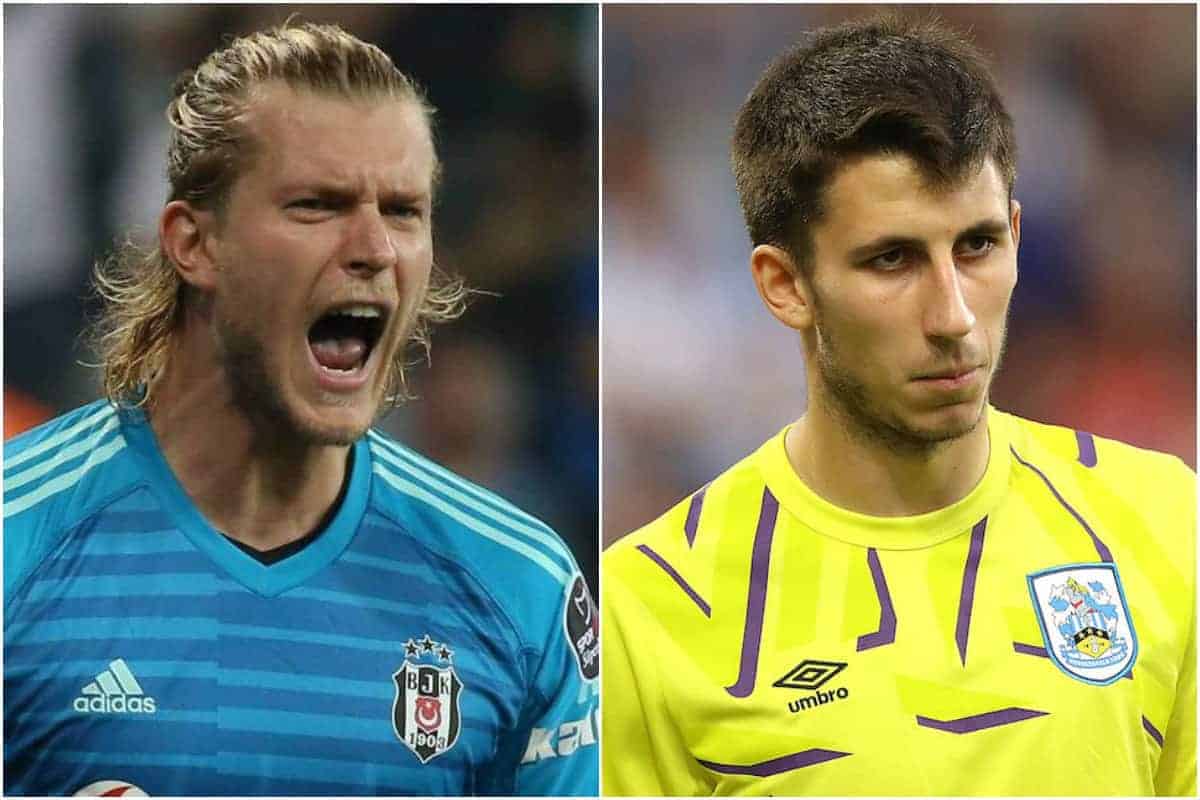 Kamil Grabara was the star performer among Liverpool’s loanees over the weekend, bouncing back to form with an impressive performance.

It was another frustratingly depleted schedule for Jurgen Klopp’s borrowed Reds, as only half of the loanees featured for their temporary clubs.

Injuries contributed heavily to the lack of action, with Harry Wilson and Nat Phillips joining Ben Woodburn on the sidelines.

Elsewhere, Marko Grujic was suspended – sitting out a one-game ban – while Taiwo Awoniyi also went unused in the Bundesliga, which now pauses for a winter break.

There were still positives despite the limited match action, with Grabara providing the biggest…

Grabara’s journey from villain to hero…

Huddersfield boss Danny Cowley produced a pleasing show of faith in Grabara, retaining the youngster between the sticks against Nottingham Forest on Saturday.

It handed the young stopper a chance to bounce back from his big error of last week, which cost the Terriers what would have been a crucial win against relegation-battling rivals Wigan.

This was the second time this season that Grabara faced such a challenge, having done so earlier this season after a similarly high-profile error.

A strong showing of maturity and self-belief helped the 20-year-old to bounce back on that occasion, and he channelled that previous experience to do so again.

Grabara produced a fantastic shot-stopping display in an excellent 2-1 win over promotion-hunting Nottingham Forest, which moves the Terriers six points clear of the relegation zone.

Grabara made two superb saves as Forest pushed for an equaliser – first flying across goal at full-stretch and, soon after, making a vital block at the back post to preserve the 2-1 lead.

It was another excellent response from the Reds loanee, who again showed impressive mental toughness for someone so young to repay Cowley’s faith.

And after his upturn, Grabara reflected on a tough week speaking post-match to HTAFC.com, delivering an impressively mature and honest assessment:

“It wasn’t the easiest week of my life because as everyone knows I messed up against Wigan. I apologised to the guys because I knew I messed up and I took two points away from us last weekend.

“I’m happy that I could help today and it’s good in the Championship when you have a stinker, then you could come back the week after and have another go.

“I did what I had to do, made some saves and it gave us three points at the end; it’s good. You feel better after the last week I had, it was needed for me and the team.”

Wasn’t the easiest week for us because of me, but we showed some good team spirits, and get what we deserved? #UTT pic.twitter.com/MThXCVMmv6

This will provide a big confidence boost and will hopefully inspire Grabara to rediscover the consistent form produced through the majority of his time with the Championship club.

A mixed bag for the remaining five Reds…

It was in fact a winning weekend all round for Liverpool’s Championship loanees, with Ovie Ejaria also tasting victory at Reading.

Ejaria played the full 90 minutes as the Royals cruised to a 3-0 win over Derby to move seven points clear of the relegation zone and make it three games unbeaten.

In Scotland, Steven Gerrard brought Sheyi Ojo in the from the cold and back to matchday involvement for Rangers’ trip to Hibernian on Friday.

The Gers cruised to a 3-0 win at Easter Road, where Ojo played the final 15 minutes as he looks to rediscover form and thus earn more opportunities after a flat spell.

In the same division, Liam Millar and his Kilmarnock side continued their poor form suffering a third consecutive loss with 1-0 defeat to Motherwell.

It continues to be a productive first spell in senior football for Rhys Williams in the National League North with Kidderminster Harriers.

The 18-year-old centre-back made his 20th appearance of the season in his side’s 1-1 draw against Altrincham on Saturday.

Finally, Loris Karius endured a painful derby day on Sunday as Besiktas went down 3-1 to local rivals Fenerbahce to make it back-to-back defeats.

There wasn’t much the German could do about any of the goals conceded, with a poor defensive display from those ahead of him a far bigger issue on the day.