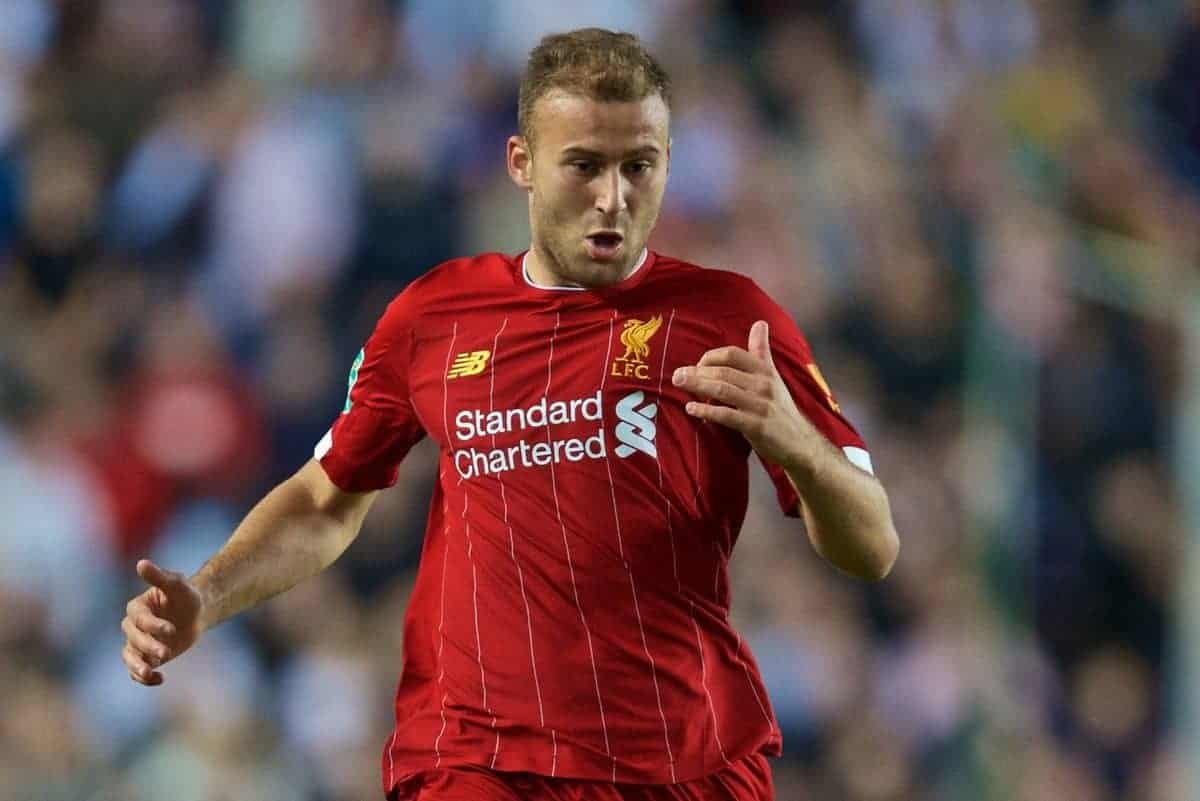 Neil Critchley‘s side were back in cup action on Monday evening looking to maintain their unbeaten start to their group campaign.

It was a night which also saw Liverpool’s under-18s compete at the same time which ensured a handful of players were divided between the two teams, with priority settling with the FA Youth Cup as the U23s held a comfortable position in Group F ahead of the meeting with the Terriers.

And while the U18s would fail to successfully defend their crown, Critchley’s Reds would return from the trip to Yorkshire with their unbeaten record still intact.

The young Reds quickly got on the front in proceedings and saw their dominance rewarded with 12 minutes on the clock after Luis Longstaff drove towards the box and was impeded on the edge of the area.

Herbie Kane stepped up to the plate and dispatched a perfectly placed effort into the top corner to edge Liverpool into the lead.

But it was one which lasted all of ten minutes as the run without a clean sheet was extended to five as Adama Diakhaby pickpocketed Kane in the final third and unleashed a low driving strike into the bottom corner, leaving Dan Atherton with little chance to make a save. 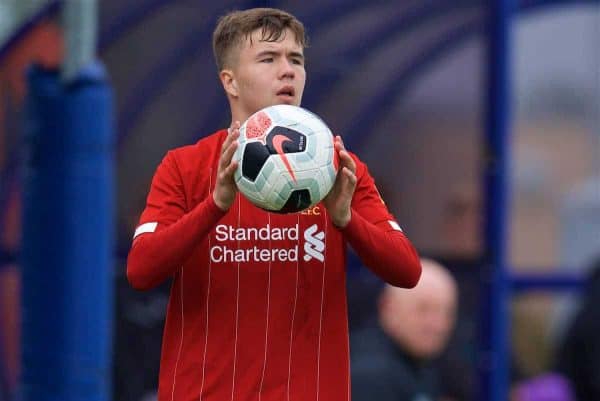 With the wind in their sails, it was the hosts who looked the most likely to find the net next, and Josh Koroma thought he had punished the Reds on the cusp of half-time only for him to be deemed offside.

It was a timely wake-up call for the young Reds heading into the interval, with the second half only making way for a handful of half-chances for either side.

Isaac Christie-Davies had a strike from distance find the hands of Huddersfield’s ‘keeper just after the hour mark in what was Liverpool’s last meaningful chance of the game.

With the final whistle looming, Kian Harratt missed a glorious opportunity to steal a win at the death ensuring both sides were left to settle for a draw.

But the result ensures Liverpool remain at the top of Group F on seven points at the halfway stage.