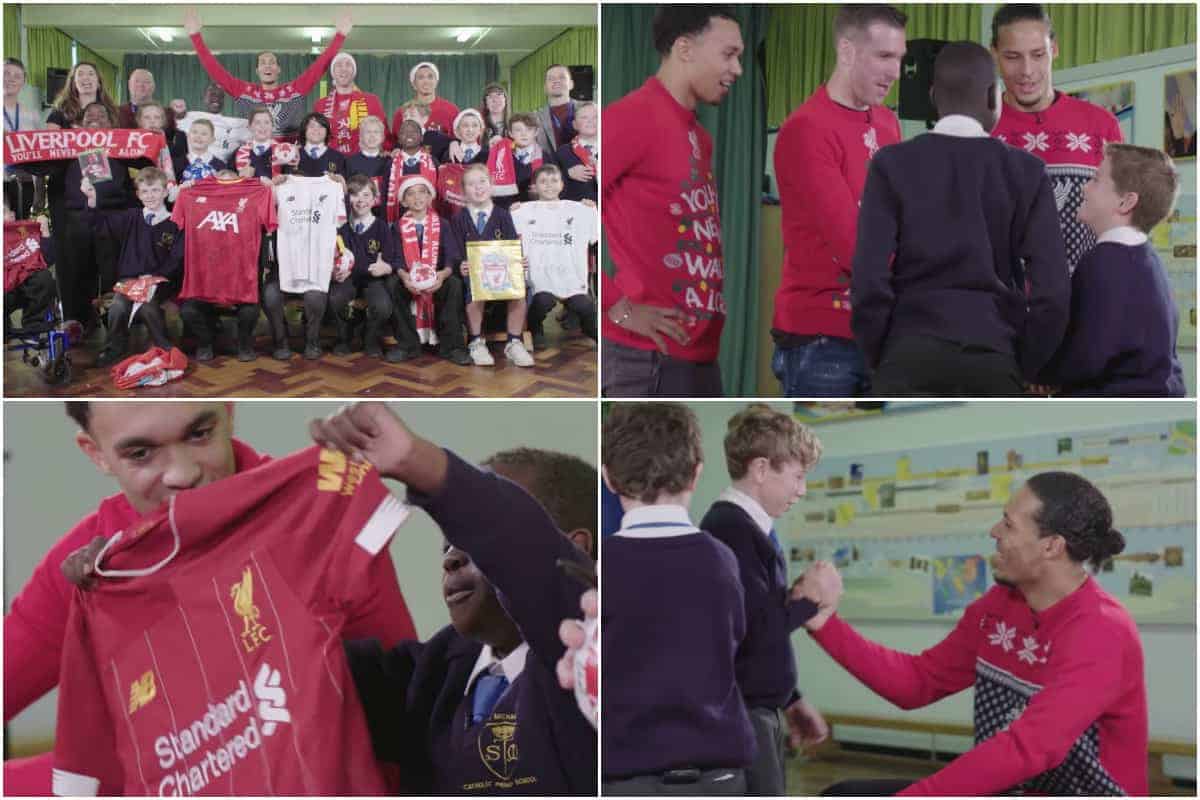 Virgil van Dijk, Trent Alexander-Arnold and Adrian surprised children at a local school as the Liverpool trio got into the Christmas spirit.

The defensive duo and the summer signing are among the most popular Reds players, and have all played a key role in the successful start to 2019/20.

Their contributions on the pitch have been invaluable, but their involvement in the club’s community projects—along with their team-mates—is similarly important.

And this continued as Van Dijk, Alexander-Arnold and Adrian visited a school in Liverpool to deliver a Christmas surprise to a group of pupils.

One delivered a perfect line to sum up Jurgen Klopp‘s side, saying “they never give up, and they’re just the best team in the world overall.”

Most of the youngsters picked out Van Dijk as their favourite, among the likes of Roberto Firmino, Sadio Mane, Alisson and Mo Salah, but one didn’t mince his words when it came to Adrian.

“I don’t really like him,” he said, bluntly, but before he could elaborate the Spaniard joined him on the bench, so he added “I don’t want to say [why] in front of him!”

Liverpool presented all of the schoolchildren with gifts, including shirts and tickets, and the experience will no doubt have made their year.

It is another in a long line of heartwarming videos the Reds have produced in recent years, including Van Dijk’s surprise to a lifelong supporter for whom Liverpool “is his life.”

They showcase the genuine affection between the squad and their fans, and the club’s understanding of their importance.