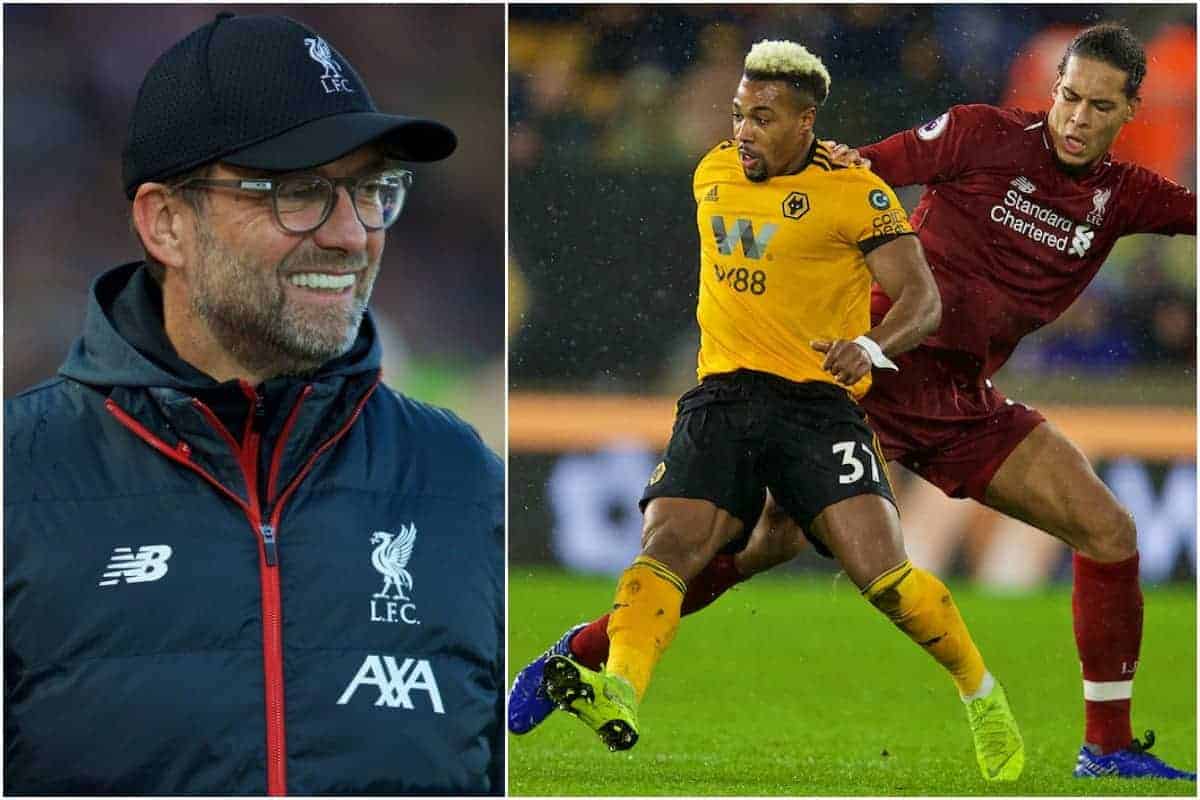 After starting out at Barcelona, a failed £7million move to Aston Villa followed in 2015 as he made just 12 appearances in his one and only season with the club before a switch to Middlesbrough a year later.

Two relatively successful seasons followed on Teesside during which time he caught the eye of Nuno Espirito Santo, with Wolves shelling out £18million for the 23-year-old from Spain in 2018.

Under Nuno, Traore’s talent has finally flourished, in particular this season as his all action, energetic displays have caught the eye and proven the undoing of many opposing teams, not least Manchester City, against whom he has scored home and away.

Ahead of Wolves’ Premier League visit to Anfield on Sunday, Klopp, who concedes Traore has long been on his radar, said: “He finally found his manager who found a position for him.

“At Middlesbrough he was exceptional, but somebody had to give him the right information. 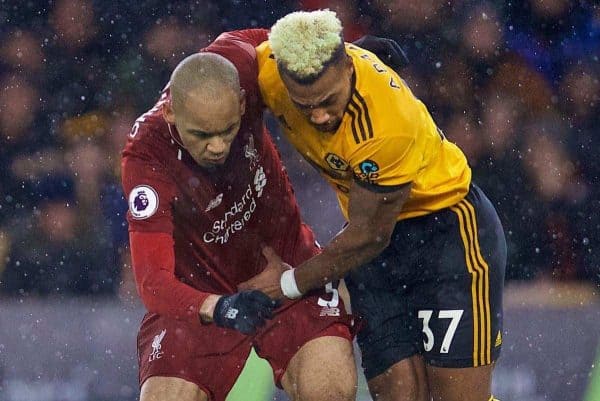 “(He is) a big, big talent. You would never have thought he is that young, but he is still very young, and now he has found it (the right manager). It was always clear it would happen one day, and now it has. Good for Wolves!

Hailing the work of Nuno as “incredible”, Klopp must now plot a way past a team he considers as “very dangerous” as Liverpool aim to keep their 35-match unbeaten league run going against a Wolves team who gave the Reds’ title hopes a major boost by coming from two goals down to beat City 3-2 on Friday night.

It is a testament to what Klopp has built over his time with the Reds that the hunger and desire of his players shows no sign of waning.

As to how he keeps such a level so high, Klopp said: “I am blessed – I have a very smart team. That’s how it is. It’s not as if I have to tell them constantly, ‘Stay focused!’ They are.

“We have so many good characters in the team, they know each other. There’s nobody who is flying, not a little bit.

“Two years ago it was like this, and we didn’t have the same points. A few things came together, the quality and the experience we have made together. A lot of things are more settled, and all this stuff, so that’s all good.” 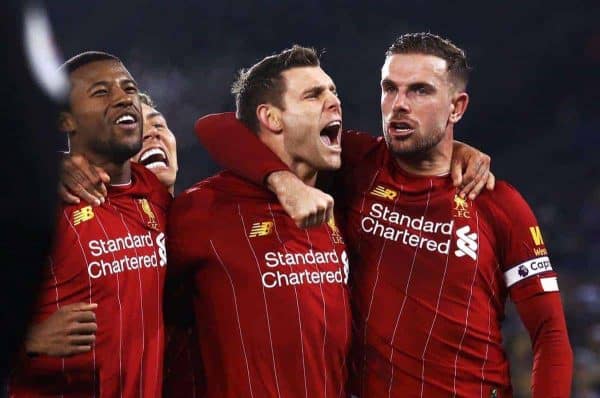 The visit of Wolves is the first of three home matches in the space of eight days as Liverpool also welcome Sheffield United in the league, and then Merseyside rivals Everton in the FA Cup.

With the games coming thick and fast, and changes in personnel inevitable to cope with the fixture congestion, Klopp has called on the fans to play their part in keeping his players going.

“Now we play three games in a row,” said Klopp. “I can tell already we need massive help from the crowd because the period is so intense and we need to use each source for these games.

“Hopefully, our people are rested enough to be at our absolute best because that’s exactly what we need.”