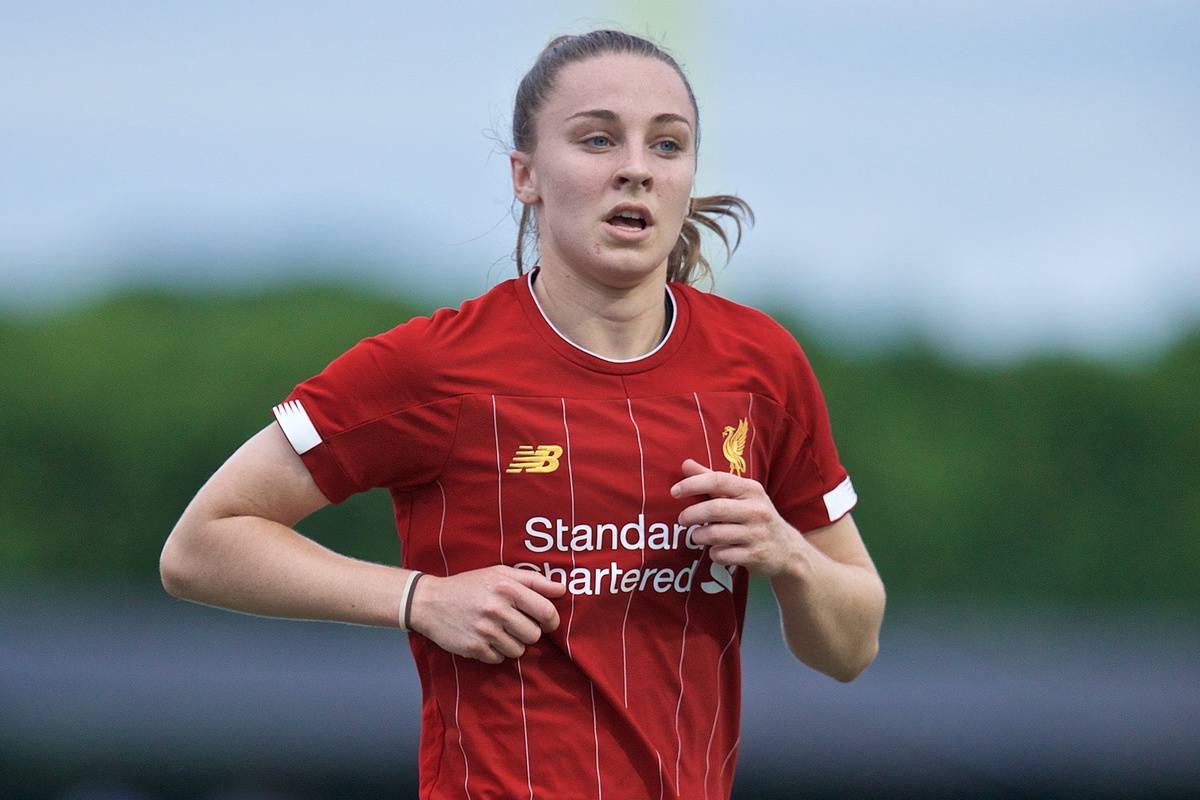 Liverpool FC Women picked up only their third point of the Women’s Super League on Sunday, but did so with a 1-1 draw with third-placed Chelsea.

It has been a tough campaign for the Reds so far, as unlike the unbeaten men’s first team, Vicky Jepson’s side are yet to pick up their first league win.

This set up the visit of Chelsea, third behind leaders Arsenal and second-placed Man City, as a near-insurmountable challenge; the Blues remain unbeaten in the top flight, and are just four points off the top having played a game fewer.

But a strong start at Prenton Park saw Niamh Charles break the deadlock after just five minutes, with the 20-year-old firing home her third goal in as many games after Kirsty Linnett’s dangerous free-kick.

An end-to-end game saw both sides go close soon after, with Sophie Bradley-Auckland making a stunning block on the line to keep out Bethany England after Fran Kitching’s initial save.

England restored parity soon after, though, with a header cancelling out Charles’ strike and setting up a fierce battle.

Chelsea produced more threat than the hosts, with both England and ex-Reds midfielder Sophie Ingle troubling Kitching between the sticks, but Liverpool were able to hold on.

Crucial to that was Rinsola Babajide, with Jepson telling the RMTV Women’s Podcast after the game that her “out-of-possession work rate was fantastic.”

“She really did stick to the game plan,” she continued.

“That helps us to then build momentum on the counter-attack, so I thought she was a real handful for [Chelsea defender] Millie Bright.”

The result means Liverpool head into the winter break having pushed off the bottom of the table, as they now sit above Bristol City by virtue of their significantly better goal difference.

Next up is a trip to Brighton on January 5, and with the Seagulls only three points above them in 10th, Jepson could hope for a win to leapfrog them in a bright start to 2020.