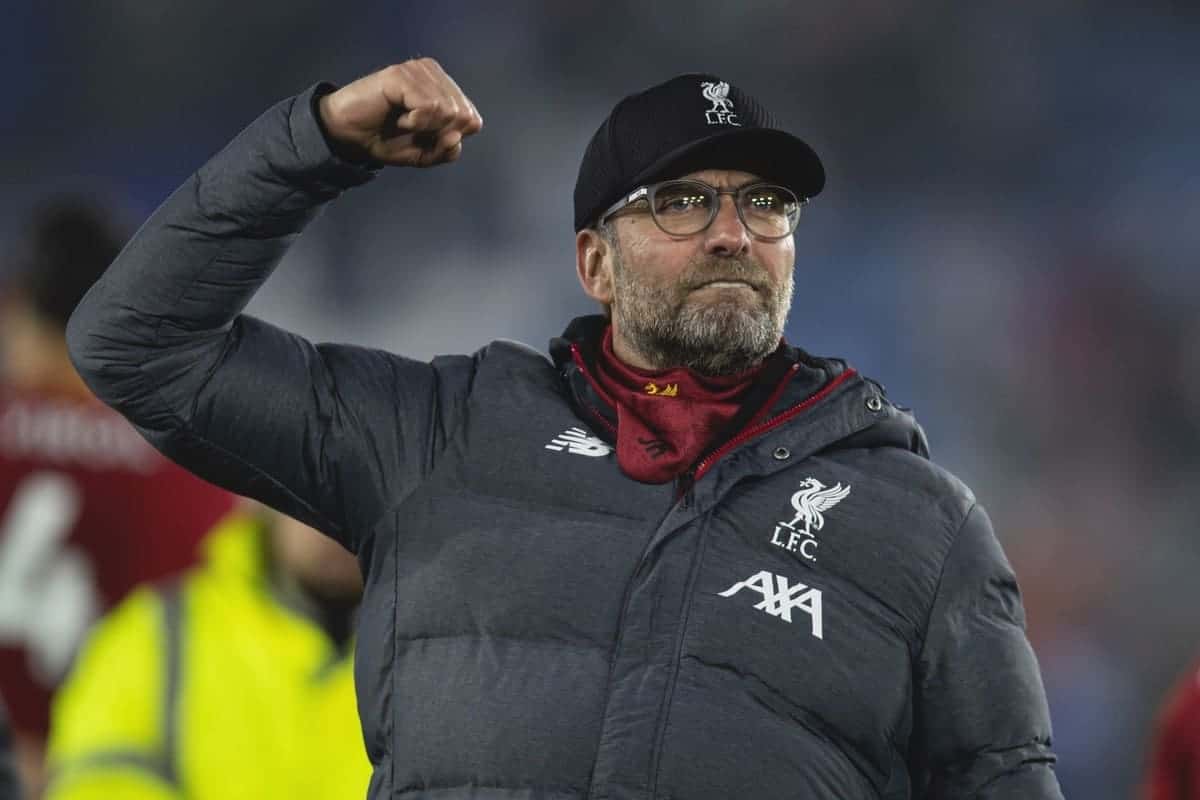 Jurgen Klopp has called for a “massive help” from the Anfield crowd as he intends to employ “fresh legs” once more with Liverpool taking on Wolves.

The Reds are back in action on Sunday afternoon, as they host a Wolves side who will be fresh off the back of a home clash with Man City less than 48 hours earlier.

It is a relatively comfortable position for Liverpool, particularly given their demanding festive schedules in recent years, though there was the small matter of a trip to Qatar for the Club World Cup.

Returning successful and with only one new injury in the form of Alex Oxlade-Chamberlain‘s ankle ligament damage, the Reds then dismantled Leicester at the King Power on Boxing Day.

This sent them 13 points clear at the top of the table ahead of back-to-back home league games against Wolves and Sheffield United, and served as an indication of the progress made in recent seasons.

But as Klopp looked ahead to Sunday, he conceded Liverpool still need help from their supporters to gain six more crucial points.

“A few things came together, the quality and experience we made together,” he said, as he reflected on his side’s position.

“That we work together [for a] long [time] helps obviously a lot, things are more settled and all this stuff.

“That’s all good, but now we play three games in a row at home, and I can tell already we need massive help from the crowd, massive.

“The period is so intense and we need to use each source we can use for these games, and hopefully our people are rested enough to be at their absolute best, because that’s exactly what we need.”

Klopp made just one change to his side from the Club World Cup final as Gini Wijnaldum came in at Leicester, but more alterations are to be expected on the return to Anfield.

The manager acknowledged as much, though he stressed that his squad is spread thin at this stage, with youngsters Neco Williams, Curtis Jones, Harvey Elliott and Rhian Brewster on standby to fill in.

“Fresh legs always helped us since we changed it a little bit more frequently,” he continued.

“I would always see the boys who came in, like in the Everton game for example I think we made five changes, and they were absolutely necessary on one side, but really impressive performance-wise.

“So we will do that as well, because we have to, we will.

“That’s how it is. We have four more ‘adult’ players plus Curtis and Neco in the moment. 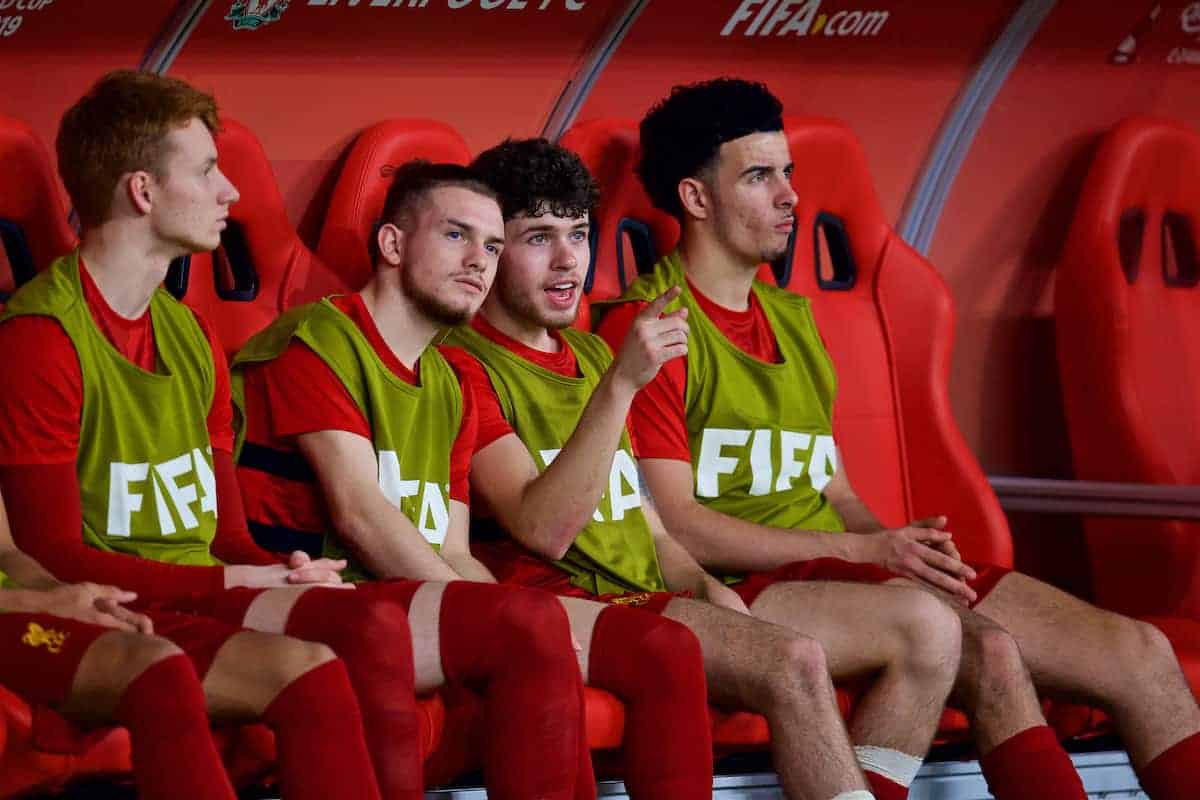 “Harvey was not in the squad today but he is very [near], I think Rhian Brewster‘s close to being back.

“All the others will still take a while, so that’s our squad and we have to deal with it as good as possible.

“And that’s what we will try, for the Wolves game of course and for the Sheffield game as well.”