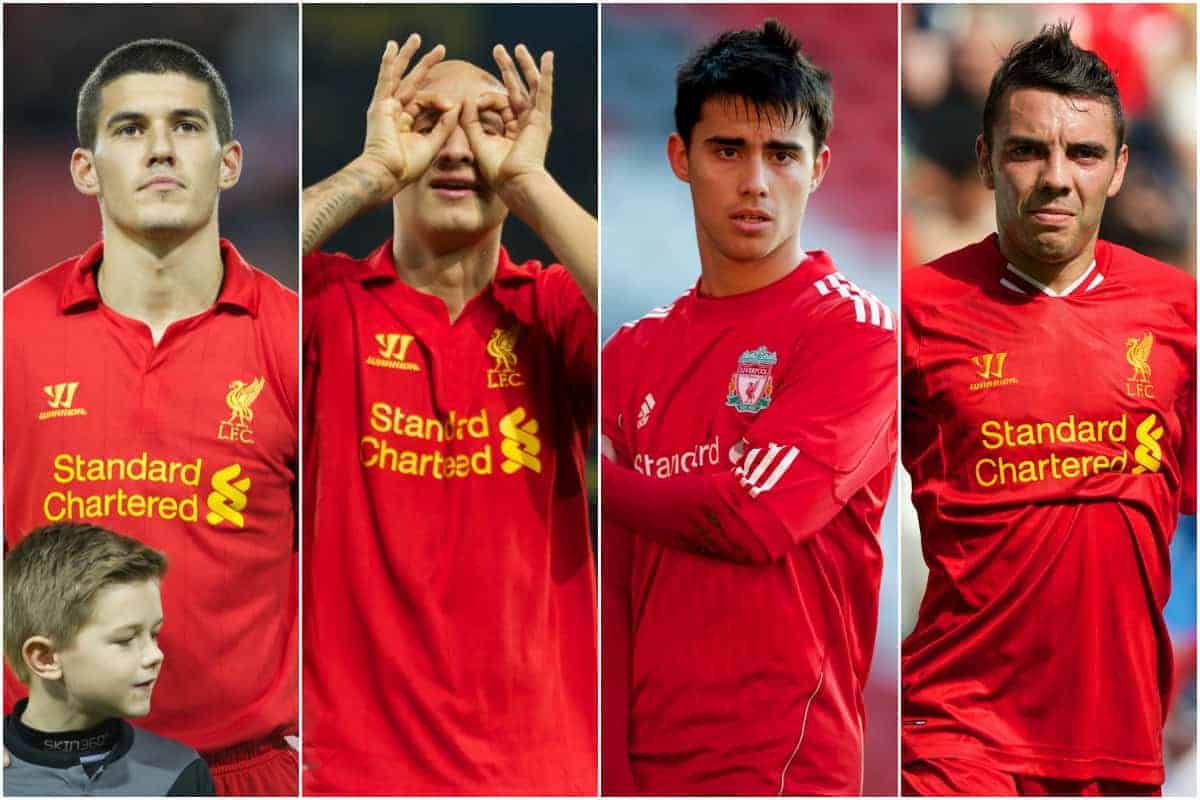 Many players have failed to make the grade at Liverpool only to excel elsewhere, so here we take a look back at the best to do so in the 2010s.

The Liverpool fan base is regularly acknowledged as being special and nothing makes us more unique then our ability to maintain a connection with past players, even those whose time in red was fleeting.

This is a team of players from the past decade who faltered at Liverpool but would go onto reach success abroad and at other clubs.

The team has been selected to fit within a 4-2-3-1 formation.

As reserve ‘keeper, Brad Jones only played 11 games across five years at Liverpool but was a popular figure at the club.

The Australia international resumed his nomadic ways upon leaving Liverpool in 2015, playing for Bradford City, before joining NEC in the Netherlands before the season’s end.

It was in the Eredivisie that Jones found success.

Moving to Feyenoord the Aussie broke into the team and seized his chance, going onto keep a record-breaking 17 clean sheets as the Rotterdam club won their first title in 20 years. 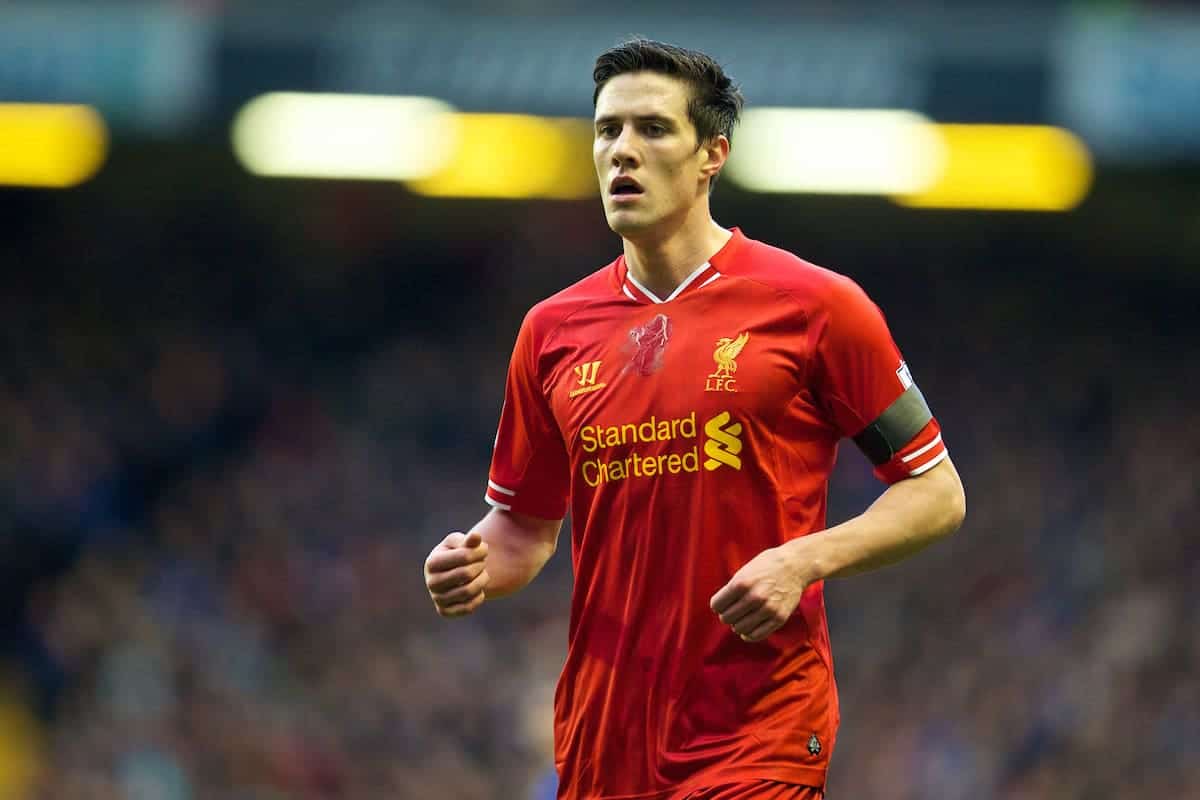 As a young man Martin Kelly stormed through the Liverpool academy and into the first team, even garnering praise from then-England manager Fabio Capello and an international cap.

But a glut of injuries and new personnel ultimately denied Kelly the chance to become a regular starter.

He played 33 games for Liverpool before departing to Crystal Palace in 2014, since developing into a Premier League regular for the London side, becoming a crucial cog in their stoic defence.

Another academy product, Conor Coady was one of many over the years to be labelled as potentially the next Steven Gerrard.

The young Scouser exited the club for a successful League One spell at Sheffield United in 2013/14, before working his way to Wolves in the Championship for the 2015/16 season.

The eccentric Nuno Espirito Santo insisted that Coady move from midfield to the centre of a back three, becoming something approaching a traditional sweeper. The rest, as they say, is history.

Coady quickly claimed the captaincy, leading his club to a Championship title and then onwards into both Europe and the Premier League.

Arriving for the 2011/12 season, the tall and talented Sebastian Coates would appear only 24 times for the Reds, but he left behind one highlight worth remembering: a wonderful overhead kick goal at QPR.

Never truly breaking into the side, the Uruguayan—with a touch of Scottish heritage—eventually found his home at Portugal’s Sporting CP.

Solidifying his reputation as a reliable defender for Lisbon’s giants, he chips in with a handful of goals every season.

Scouted from Australia at the tender age of 14, Brad Smith worked his way through the Reds academy.

Making only 11 appearances for the Liverpool first team, the pacy, left-footed Smith showed flashes of talent before moving onto Bournemouth in 2016.

More difficulties would ensue before Smith was loaned to MLS with Seattle Sounders.

On November 10, Smith won the MLS Cup as Seattle beat Toronto 3-1, becoming the first Australian to achieve the feat.

The Turk maestro clearly had talent, registering three goals and two assists as he played just 12 games, but he remained on the periphery.

Liverpool terminated the loan in January as Sahin returned to both Klopp and the Dortmund team which had made him.

Sahin was rewarded for his decision with the 2013 DFL-Supercup and remained a Dortmund player for a further five years.

Charlton’s youngest-ever player—debuting at just 16—Jonjo Shelvey arrived at Liverpool in May of 2010 as something of a prodigy.

Gifted on the ball and with an eye for goal, Shelvey would play 69 games for the Redmen, scoring seven times across three seasons before moving on to Swansea.

Evolving into a Premier League regular at the Welsh club, Jonjo would be drawn north again, this time to Newcastle in 2015.

Becoming a key player on the Tyne, Shelvey won the Championship in 2016/17, making it into the Team of the Year, and remains an influential starter in the top flight.

Having arrived at Liverpool in September 2013 on loan from parent club Chelsea, Victor Moses started his career with a bang, scoring on his debut against Swansea.

One more goal would follow in 22 appearances, but Moses left quietly at the end of the season.

Once Conte switched to a 3-4-3 system Moses proved integral, playing as a wing-back in a side which marched to the Premier League title in 2016/17.

Once dubbed the future, Suso began the decade as a precocious Spanish talent playing in Liverpool’s youth teams and he seemed destined for great things.

Despite breaking into the starting lineup during the 2012/13 season the Spanish playmaker’s best form would be on loan to Almeria, in La Liga.

AC Milan eventually made a surprising move for Suso and after two quiet seasons for the club he had a breakout season in 2016/17 and has remained a key figure.

With Spanish football very much in vogue at the beginning of the decade, Luis Alberto arrived at Liverpool in 2013 as a product of Sevilla’s youth system.

Making only nine appearances in the 2013/14 season, the clearly talented but raw Alberto would go on loan to La Liga the following two seasons before being signed by Lazio in 2016.

After a tough first year, Alberto reached his potential in 2017/18 as he made 34 appearances in Serie A, netting 11 goals.

An ever-present force since, Luis has played a key role in Lazio’s Supercoppa Italiana victories in 2017 and 2019, and the Coppa Italia 2018/19.

Fourteen Liverpool appearances later and Aspas was out the door, relegated to be the butt of jokes after a dismal corner attempt against Chelsea; his talent seemingly lost in translation.

A season at Sevilla would follow where Aspas picked up a Europa League title, but it would be back at his hometown club where the Galatian would shine.

Returning to Celta for season 2015/16, Aspas has emerged as a footballing force of nature, breaking the 20-goal mark in each of the past three campaigns.

The Guardian’s Sid Lowe has declared: “He is Celta.” Good thing then, in the end, he didn’t make it at Liverpool.