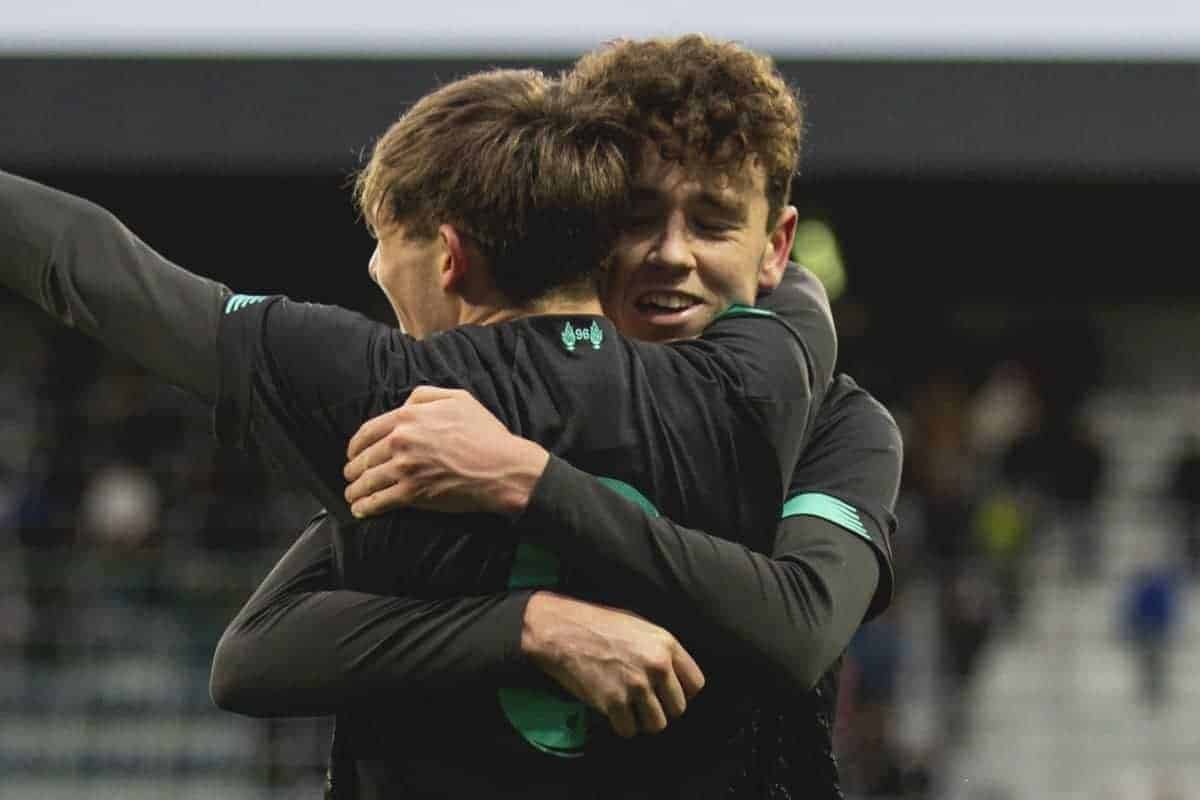 The Liverpool under-23s returned to normal duties on Friday as they hosted Paris Saint-Germain, and did so in style with a late 3-2 victory.

Three days after their exploits in the League Cup, Neil Critchley and his young Reds were back to reality as they hosted PSG in the Premier League International Cup.

And 10 of those in Critchley’s squad at Villa Park started, with Jake Cain the only player in the XI to not have been included in midweek, while Yasser Larouci was passed fit to return to the bench.

It was the prolific Cain who forced the opener at Kirkby, as his effort was first deflected onto the bar to then fall into the path of Jack Bearne, who struck for his second goal of the season.

But PSG levelled before the break as Alexandre Fressange’s low shot beat Ben Winterbottom to deny the young Reds another clean sheet.

Loic Mbe Soh then made it 2-1 just before the hour mark in questionable circumstances, with the Frenchman’s header standing despite widespread calls for offside.

That set the tone for a feisty second half as Leighton Clarkson, Elijah Dixon-Bonner and PSG’s Timothee Pembele all received bookings, while Critchley looked to inspire an equaliser by sending on Larouci and Tom Hill.

Given their efforts against Villa—that saw cramp set in during a running battle with experienced opposition—the U23s could have been forgiven for suffering defeat to the French side.

But true to form, Hill popped up with a last-ditch equaliser in the 89th minute, capping a remarkable week that saw the 17-year-old debut for the first team just five months after his promotion from the under-16s.

That wasn’t the end, either, with Larouci marking his comeback from injury with a winner in the fourth minute of stoppage time, securing a truly impressive result for Liverpool.