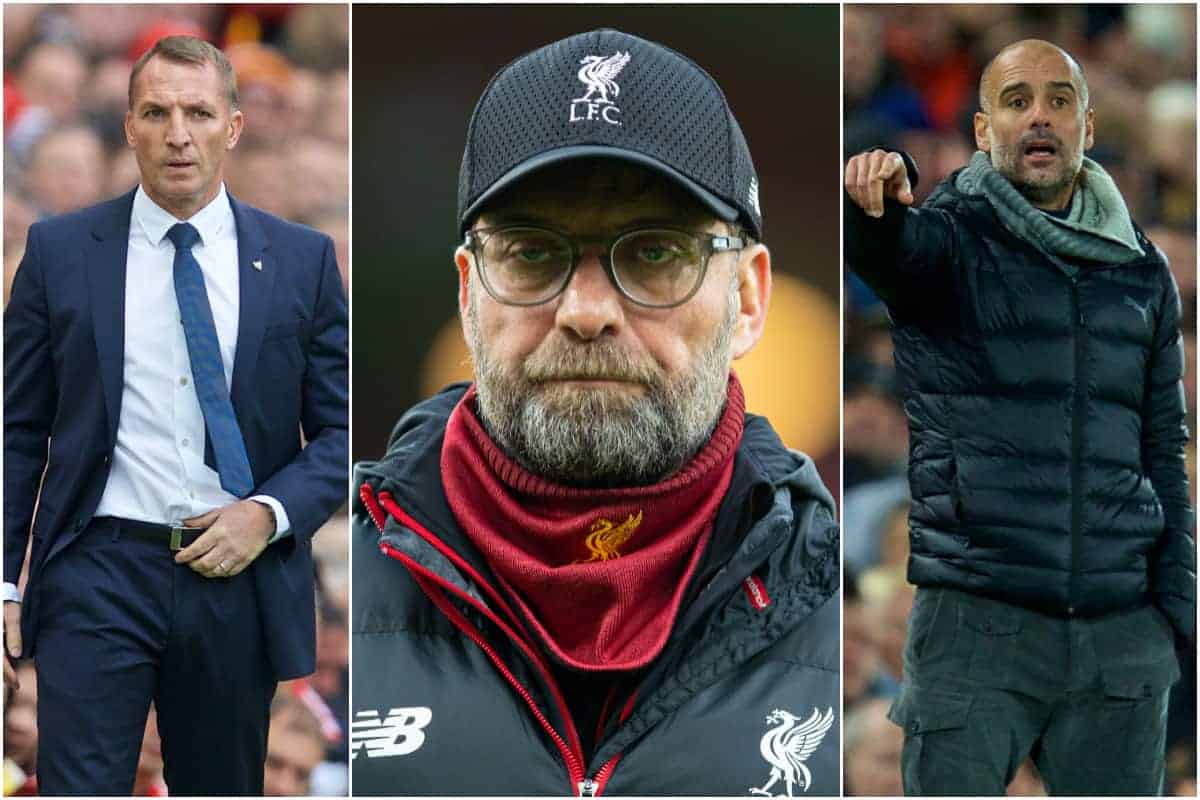 While Liverpool were in Qatar confirming their status as the best team on the planet, the Premier League‘s title race continued in their absence.

A number of storylines unfolded while Jurgen Klopp‘s side were at the Club World Cup.

Would-be title challengers faced off, a South American star scored his first Premier League goal and United continued to mount a challenge for the top four.

The Reds couldn’t exactly sit back and watch the games unfold, however, as they had a gruelling schedule of their own to keep to in Doha.

But regardless of the names of the teams involved, third beating second is a good result for Liverpool.

Who really are Liverpool’s title challengers?

Man City’s performance against Leicester on Saturday suggested they are still the only team capable of catching Liverpool, and though Leicester do have to be respected for the job they have done so far this season, the defending champions breezed past them at the Etihad.

The only hope for Brendan Rodgers’ side in this game came from balls over the top for Jamie Vardy to run on to.

The Northern Irishman was disappointed that his side were unable to control possession, but this is something Pep Guardiola expected to happen.

He even said in his post-match press conference they expected Vardy, the Premier League’s top scorer, to have a number of one-on-ones with Ederson as a result of their high line.

The City boss says this was inevitable given the system they play, with a high line and players pressing high up the pitch, and would happen against any central defender in the world playing this system.

It’s something Liverpool need to be wary of.

Will Klopp accept so easily that his goalkeeper will need to make saves in a battle with Vardy, or will he put measures in place to prevent it from happening?

Though City—with a resurgent Kevin De Bruyne and Sergio Aguero back from injury—looked like the league’s second-best team at the weekend, Liverpool’s immediate challenge comes in the shape of a trip to Leicester.

It’s probably the last fixture they need after their Club World Cup journey, and they will do well to not drop points against one of the most impressive teams in the Premier League this season.

When it comes to naming the most impressive sides in the Premier League so far this season, Sheffield United run Leicester and Liverpool close.

They have impressed in the opening half of the season thanks to the resourcefulness of their manager, Chris Wilder.

Clever tactics and a group of players committed to the cause have seen United draw with the likes of Chelsea, Tottenham and Man United, defeat Arsenal, and only lose narrowly to Liverpool.

The South Yorkshire side remain fifth after Oliver McBurnie’s goal was enough to claim all three points on the south coast against Brighton at the weekend and they are one of the success stories of 2019 in the Premier League.

They have the second-best defence in the league and are tied with Burnley and Leicester for most clean sheets, with seven.

We picked out Enda Stevens as one to watch earlier in the season, and he and fellow wing-back George Baldock have contributed five assists and three goals between them, playing an important part in United’s 3-5-2 system.

Lys Mousset hasn’t been a regular starter but has been one of the more prolific players in the team, scoring five goals in the 685 minutes he’s played.

Meanwhile, Scouser John Lundstram has become this season’s Fantasy Football cult hero thanks in part to the game listing him as a defender when he actually plays in midfield. 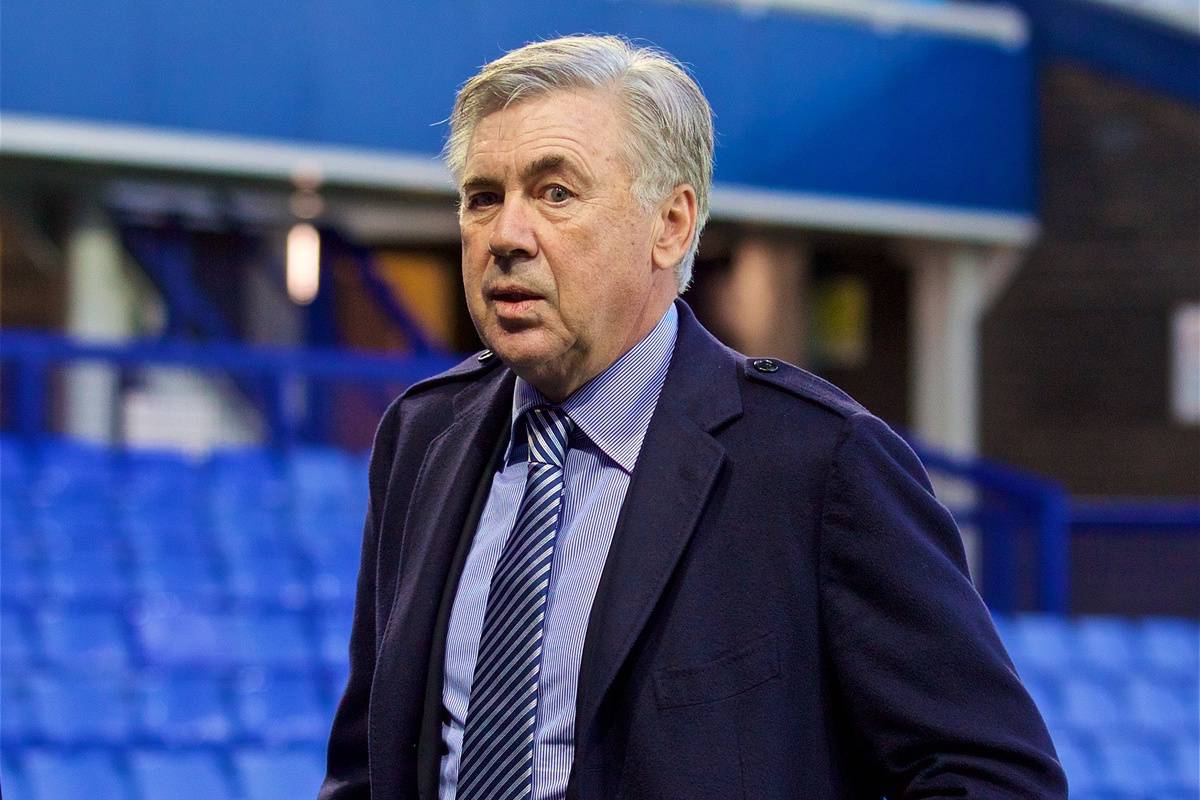 Carlo Ancelotti takes over at Everton

This is news which hasn’t exactly gone under the radar in Liverpool.

There were more cameras on the Goodison Road Stand than there were on a dull game between Everton and Arsenal, as incoming managers Ancelotti and Mikel Arteta watched the game from the stands before they take to the dugout on Boxing Day.

The Hornets won at Vicarage Road for the first time since April and moved to within six points of safety.

They defeated Man United thanks to goals from Ismaila Sarr and Troy Deeney, with a bit of help from United’s defensive incompetence.

Manchester United seem to perfectly replicate the level of whoever they are playing. Good against Spurs, brilliant at City, but routinely bad against the lesser sides. They are a chameleon team. Like a glitzier version of Slaven Bilic’s West Ham.

The Paraguayan has been unfortunate since arriving at Newcastle from Atlanta United, seeing the manager who signed him leave and coming to epitomise the uphill battle the Magpies face.

But on Saturday, Almiron scored the goal which defeated Crystal Palace and took Newcastle level on points with Man United. It was celebrated accordingly.

Rather than be about an impressive victory for Frank Lampard against former manager Mourinho, Chelsea vs. Tottenham was marred by alleged racial abuse from the Spurs fans towards Antonio Rudiger.

The PFA have called for a government inquiry into racism in football which, as one Twitter user wrote, “is like a fish asking a pelican to look into fish disappearances.”