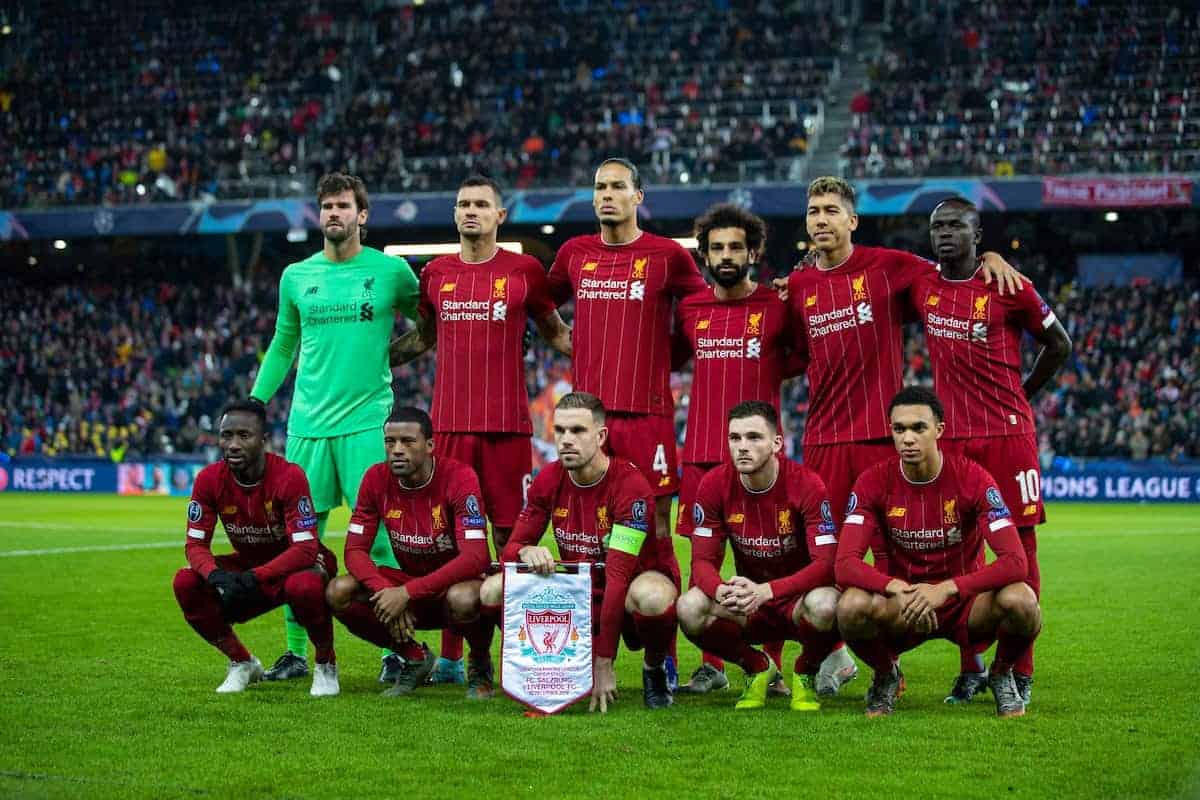 Liverpool scored twice in 100 seconds to seal a 2-0 win away to Salzburg on Tuesday, booking their place in the Champions League knockout stage.

Alisson isn’t always tested in some games, but he was extremely busy at the Red Bull Arena, especially in the first half.

A poor kick early on was almost punished, but he saved the subsequent effort and then made two more stops soon after, never looking ruffled.

He is so good that he makes difficult saves look easy.

Alexander-Arnold returned to the starting lineup and it was a night where his attacking prowess was more impressive than his defensive nous.

A few trademark passes were on show and he never looked ruffled in a cauldron of noise, cutting such a classy figure as the match wore on.

Salzburg did seem to get in behind from his side in the opening 45 minutes, but he improved immeasurably after the break.

Despite limping off at Bournemouth on Saturday, Lovren retained his place at the heart of Liverpool’s defence.

In general, he did well, but he didn’t always look comfortable against the horribly dangerous Erling Haaland.

Left the field injured early in the second half, which is not good timing with Joel Matip also out. 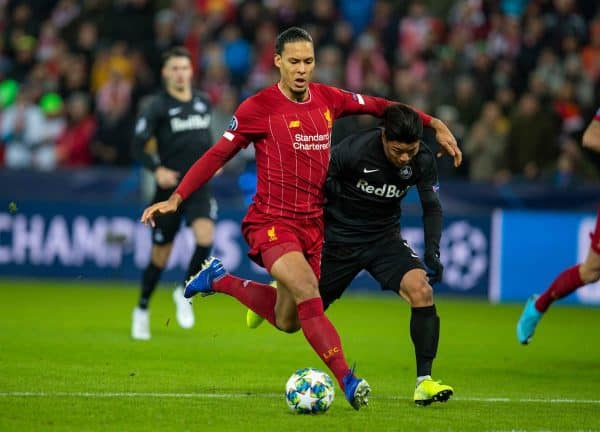 Liverpool’s Mr. Ever-Present was fantastic at the back for the Reds, on the type of evening where his influence is priceless.

One early intervention set the tone and he appeared to be everywhere, whether it be powering headers clear of danger, making an interception or putting on the afterburners.

The Scot hasn’t looked 100 percent fit recently, but he was good here.

He didn’t offer as much quality as Alexander-Arnold going forward and a few sloppy passes were very uncharacteristic, but he defended resolutely.

Even when he doesn’t hit top gear, he performs better than most left-backs.

Henderson again started in the No.6 role, following a promising run of form there since Fabinho‘s injury.

The skipper was excellent in the middle of the park, keeping the ball ticking over and cutting an authoritative figure.

His superb pass saw Salah score an impossible second goal for the Reds and he truly led by example on a tricky evening.

Wijnaldum was one of three changes for the Reds – was there ever any doubt about him starting such a big game?

He was quietly effective, as is his go-to setting, but he struggled have any great impact in the final third.

There will be more spectacular performances, but this was par for the course and he took command in the second half.

Pleasingly, Keita kept his place after an influential showing at Bournemouth and he was brilliant against his former club.

The Guinean was slick in possession, often making incisive-but-understated passes, and he opened the scoring with a well-taken header.

He looked so much more confident than he often has for Liverpool – this was one of his most positive nights for the club.

Fresh off the back of a goal at the weekend, the hope was that Liverpool’s No.11 would continue his upturn in form.

That didn’t necessarily prove to be the case, with Salah horribly wasteful in front of goal about seven times, but he still had a big say on the result.

His outrageous finish from a tight angle all but put the game to bed and he kept working Salzburg’s defenders hard.

Four goals in six games isn’t too bad for a player performing so ‘badly’.

Mane has been the Reds’ star man so far this season and he was again his team’s most vibrant attacking player in Austria.

He curled narrowly wide and was then kept out by Cican Stankovic, while his physical presence and awkwardness made him a constant threat.

Unfortunate not to score himself, but another strong night at the office, showing why he is one of the world’s best players.

Firmino has been quite a way short of his best in recent weeks and this was another hit-and-miss showing.

Some typically deft touches and passes caught the eye on occasions, but he also looked strangely leggy and lost the ball a few times.

It just isn’t quite happening for him at the moment, but that’s not to say he isn’t contributing.

Did a solid job, but wasn’t called into action much.

Kept things tight, but the match was effectively over when he came on. 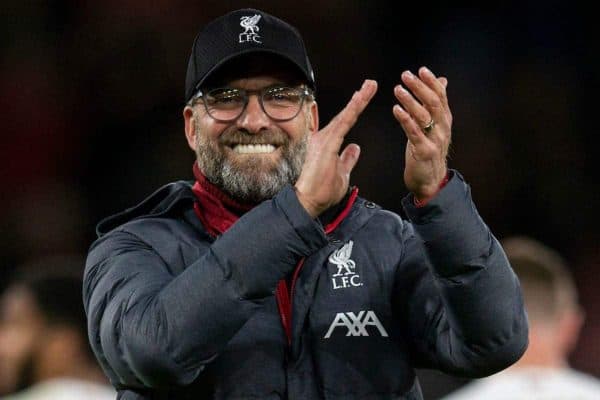 Champions League progress secured and Klopp can breath a huge sigh of relief.

The manager made three alterations to his weekend lineup and it was a team that proved to be nicely balanced against Salzburg.

Klopp wasn’t happy with how open Liverpool were in the first half, but he got a largely excellent display from his side.

His reputation as the world’s best manager continues to be cemented.