Liverpool prepared for their Champions League game with Salzburg with a training session at Melwood in front of the cameras.

A make-or-break tie in Austria sees the Reds needing a draw to guarantee progression, while a win would seal top spot in the group.

Jurgen Klopp would love to have his entire squad available for such a crucial encounter, but the Reds are without Fabinho and Joel Matip for the entirety of the Christmas fixture list. 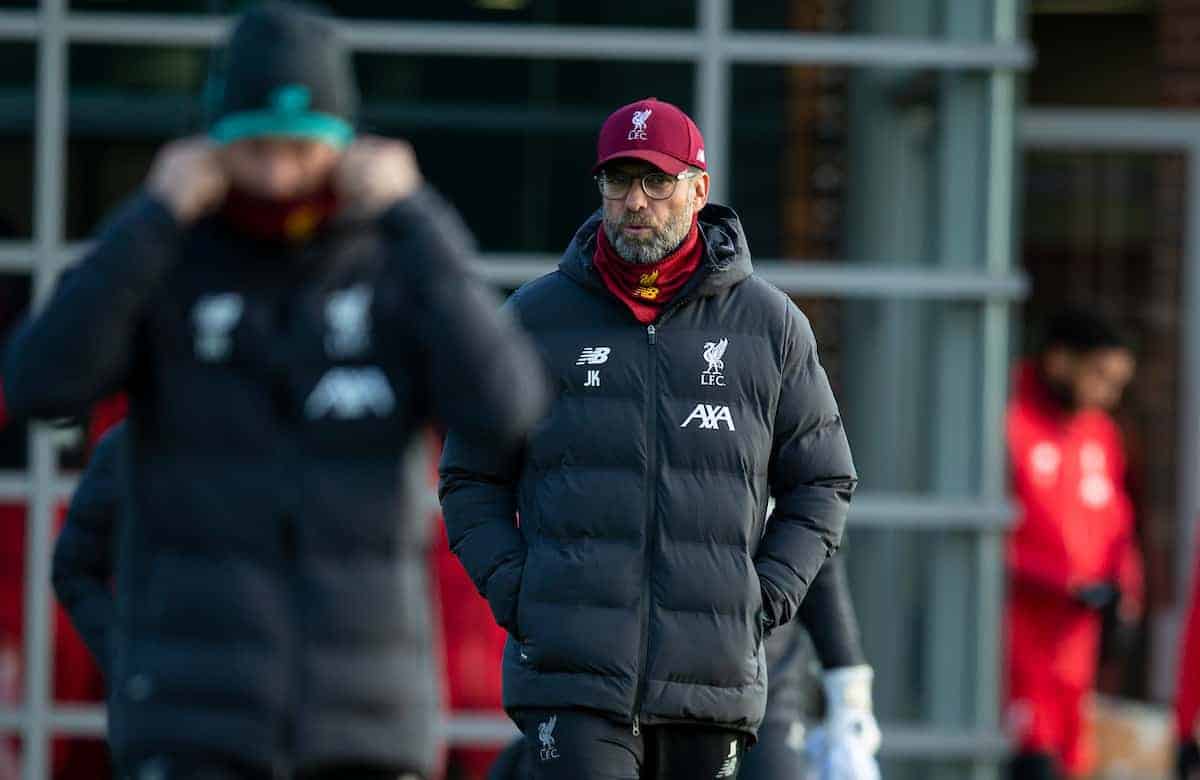 A couple of injury scares at the weekend added to that concern, but Dejan Lovren—who went off in the first half—and Gini Wijnaldum—who missed the game entirely—were both in training with the squad at Melwood on Monday afternoon. 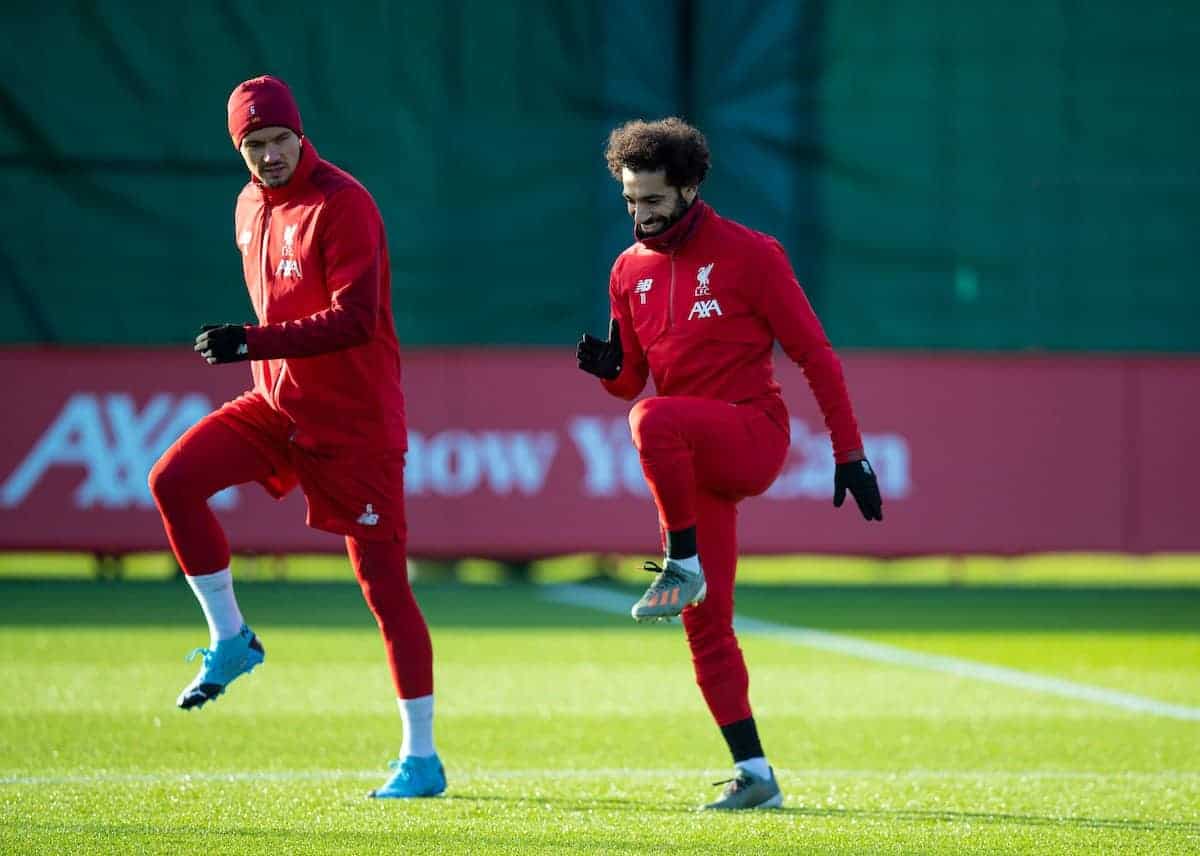 Adam Lallana, who also missed the trip to Dean Court, seemed to train apart from the main group, however, making it unlikely he features in the squad in Austria. 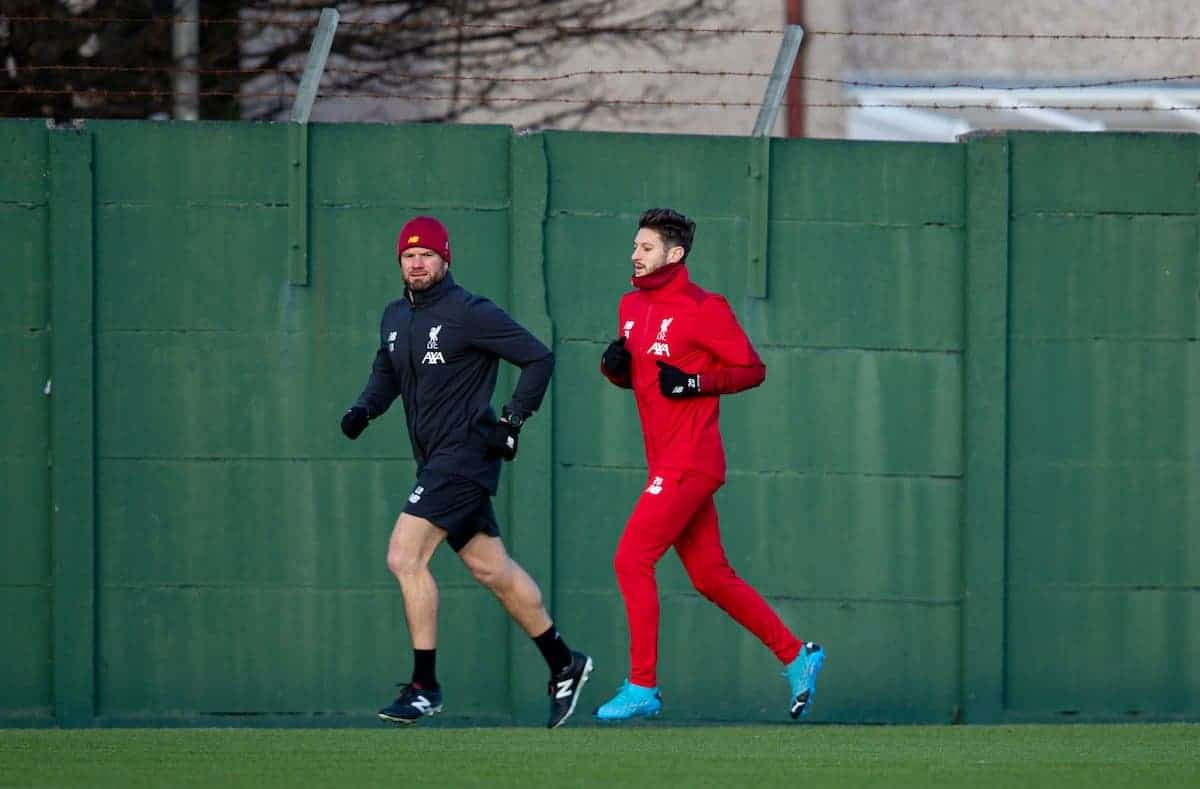 To boost numbers, five young players were involved, all of who could feature in the UEFA Youth League match rather than the senior squad on Tuesday.

If there are any doubts over Lovren’s fitness, Neco Williams or Sepp van den Berg are the likely candidates to step in, while Curtis Jones could again win a place in the matchday squad due to Lallana’s probable absence. 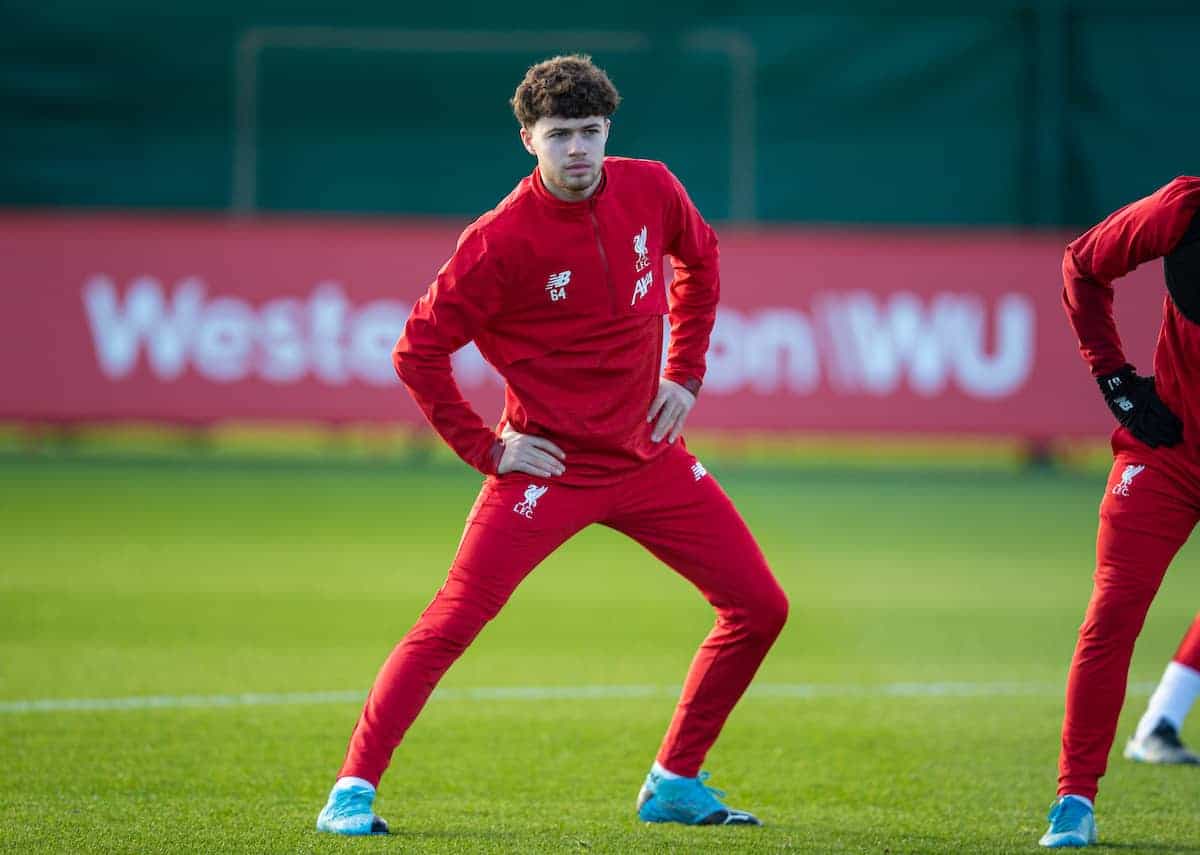 Klopp will have a decision to make in midfield, too, where Gini Wijnaldum is expected to return.

Recent impressive performances have also come from squad players including Xherdan Shaqiri and Naby Keita, increasing the options for the boss to turn to.

And then there is the question of whether to reunite the front three of Mo Salah, Roberto Firmino and Sadio Mane, or whether Divock Origi has done enough to push his own claim for a second start in three fixtures, after each of the four have been rested across the last two league games. 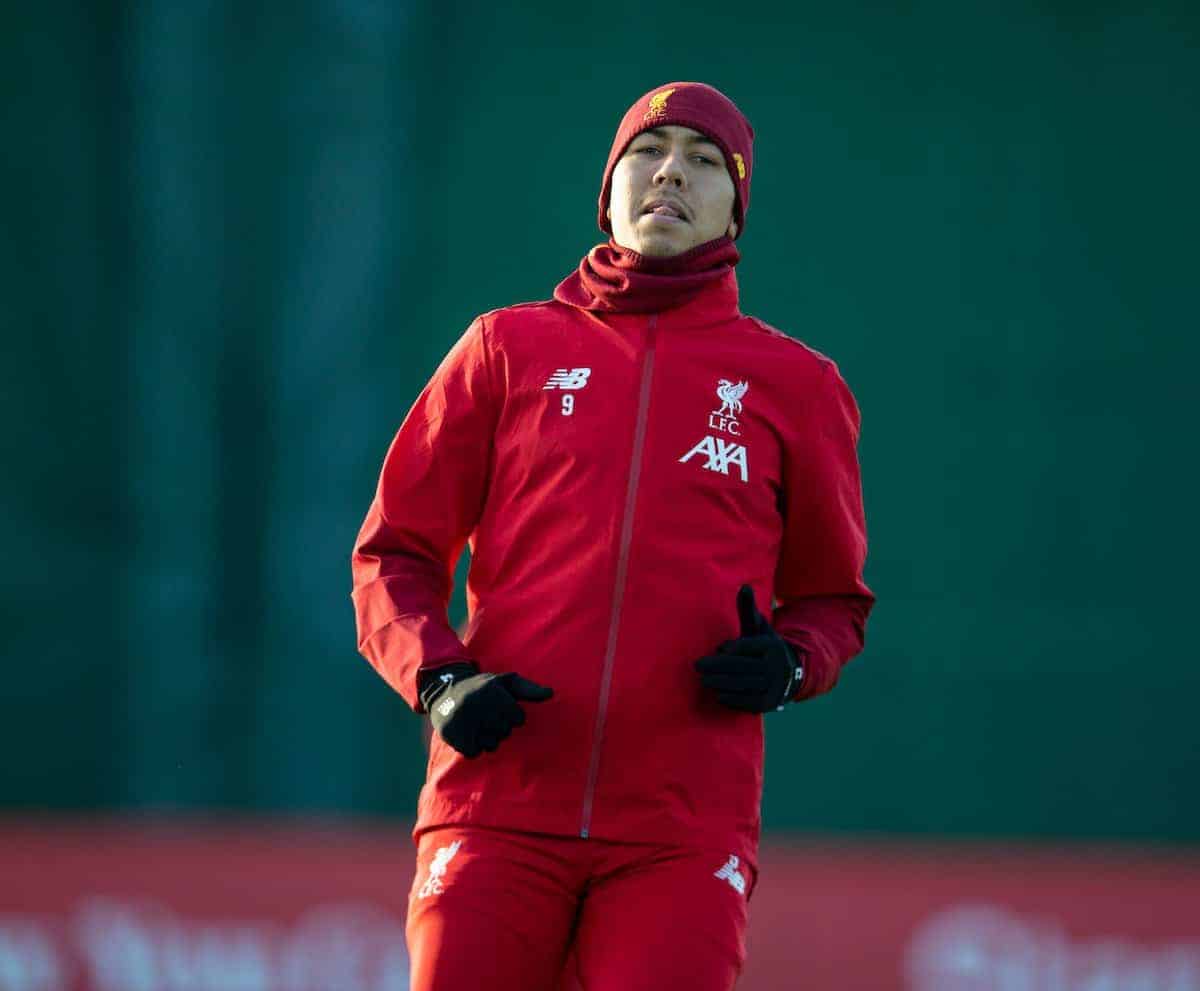 The Reds beat Salzburg 4-3 at Anfield earlier in the season and have been in scintillating form recently, with comfortable wins recorded over Everton and Bournemouth—with a welcome clean sheet coming in the latter.

One more win on Tuesday, and the Champions League can take a back seat until the new year. 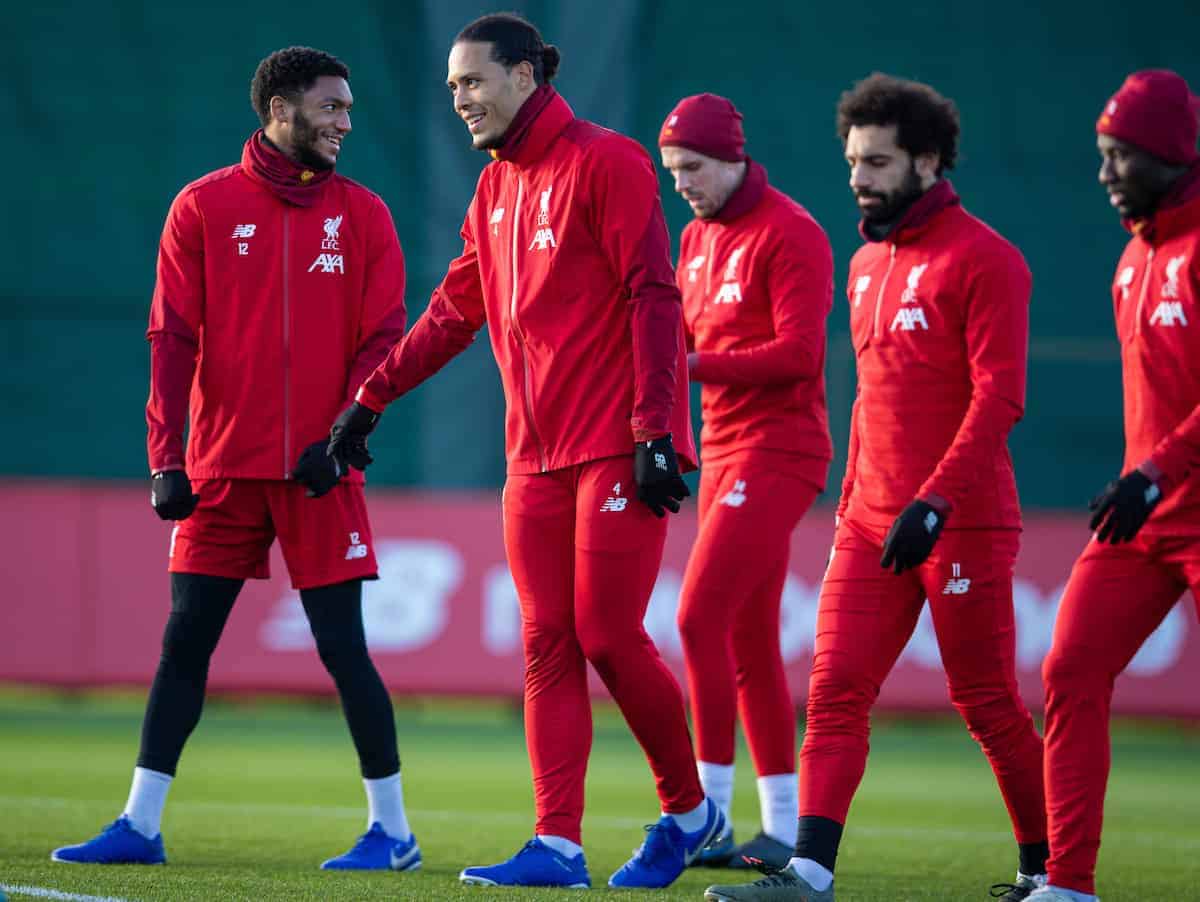 *Not eligible for Champions League games