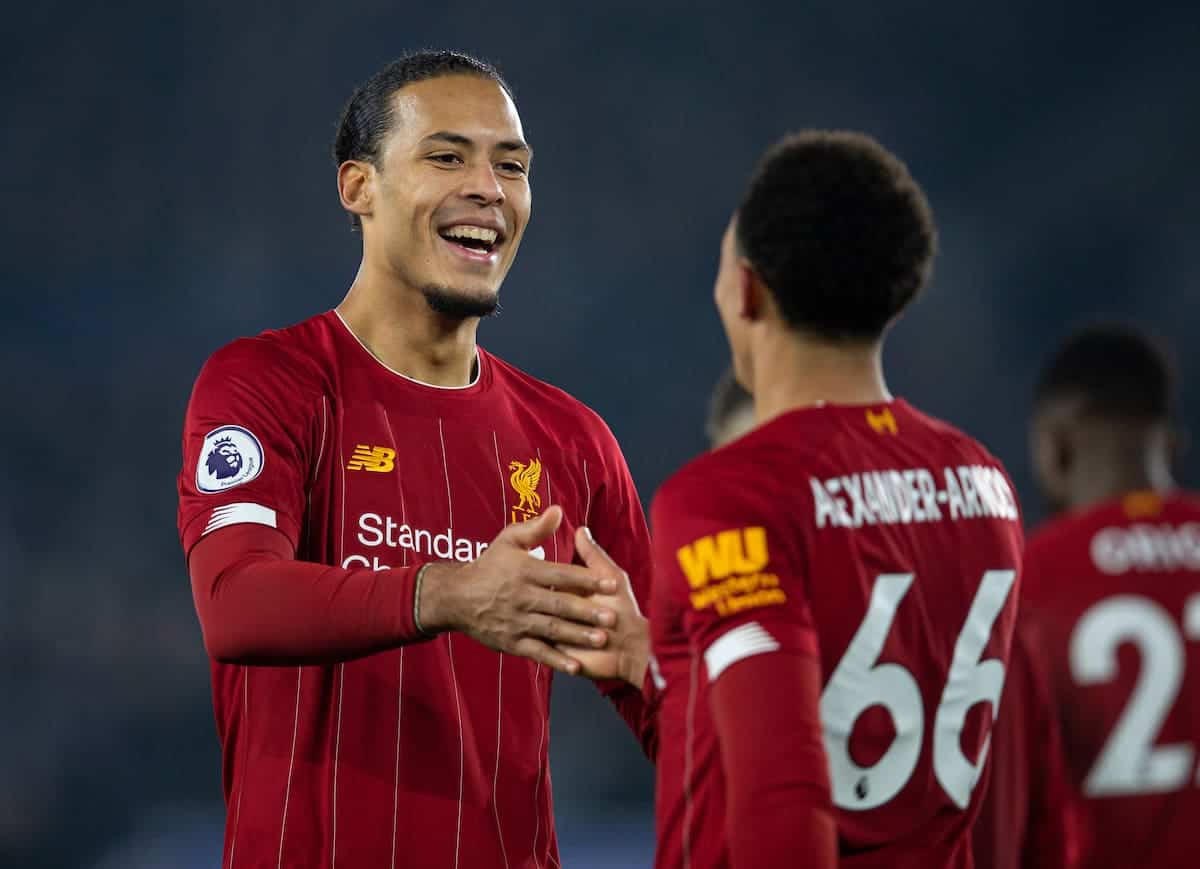 Liverpool put in what could be a season-defining performance, seeing off one of the best sides in the league with apparent ease during a tough run of games. 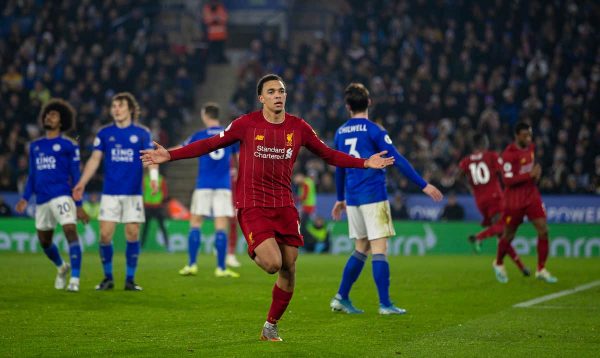 Where do you start?

The exquisite touch to bring a ball out of the air? The defensive cover behind Virgil van Dijk and Joe Gomez? The 17 crosses?

One of his most impressive crosses will go down as incomplete as he hit the ball into the box on the half-volley into the most dangerous of areas, but there was no Liverpool attacker in place to accept the gift.

Firmino was on hand to accept a couple though, the first coming from the left onto his head, and the second from the right into his path, allowing him to control and finish.

These aren’t normal crosses. Only Kevin De Bruyne seems able to match Trent Alexander-Arnold for this skill at the moment, and his technique also saw him add a goal to go with his assists as he powered one past Kasper Schmeichel.

The best modern-day full-backs can run a game from their position, as Dani Alves once did for Barcelona, and on days like this, which are becoming more and more frequent, Trent is up there with them. 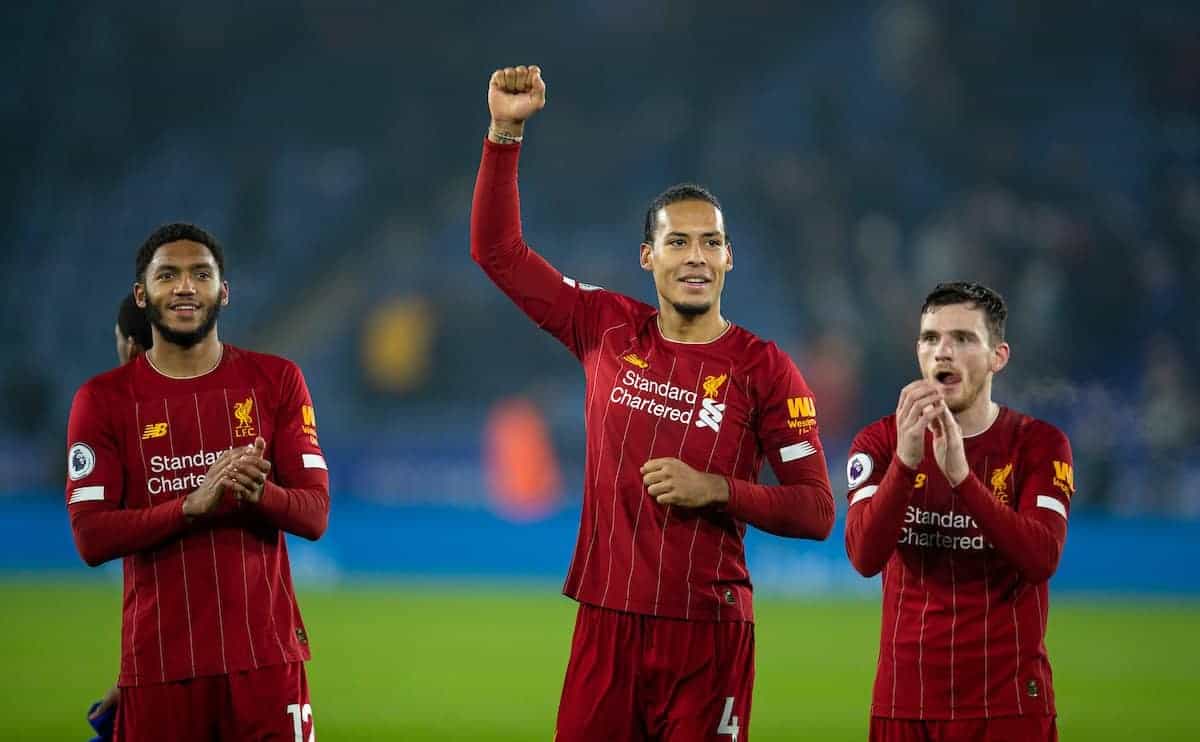 Gomez played the key role in Liverpool’s clean sheet and seemed to have much more work to do than his defensive team-mates.

Van Dijk’s latest defensive partner showed impressive pace in a foot race against Harvey Barnes early on and built on his performance from there.

Gomez’s return to the side has come about due to injuries to other players, but there was a time at the beginning of the 2018/19 season, before he picked up an injury of his own, when he was on a level with Van Dijk, if not better than him in some games.

He was back to this level against Leicester.

Gomez was proactive, stepping in to nullify the threat of Vardy in behind. But even when Leicester did manage to get balls beyond Liverpool’s defence, Gomez’s pace was enough to stop an attack which is regularly unstoppable in those circumstances.

When Vardy did manage to get a run at the centre-back, he won a free-kick and Gomez was booked, but the striker ran at Gomez rather than it being any kind of desperate, out of control lunge for the ball.

He was unlucky to be booked. Vardy, meanwhile, normally does well against Liverpool, but he will now be glad he doesn’t have to play against them again this season.

Bobby back in form 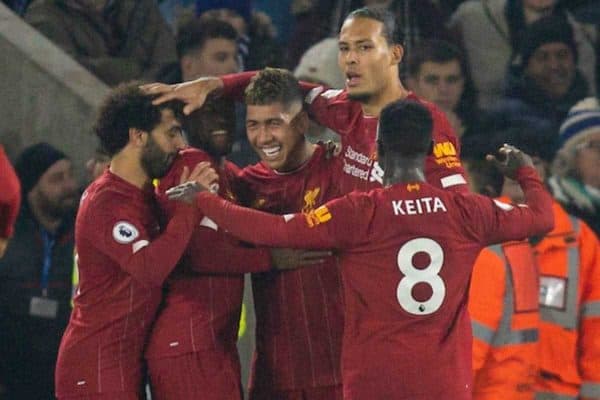 The Brazilian striker continued his goalscoring form from the Club World Cup with the opener against Leicester.

He’s often criticised for his poor return in front of goal, and this was only the second time in 12 league games he has managed to find the net.

But as is also regularly pointed out, Firmino’s game is about much more than goals, and he is part of this Liverpool team’s spine which begins with his compatriot, Alisson, and ends with his ceaseless work up front and in midfield.

Despite that, it’s always good to see the No. 9 on the scoresheet, and these goals made it four in three games.

It was his strike which won the Club World Cup in extra time, and his brace here sent Liverpool on their way to an important victory against would-be title challengers. 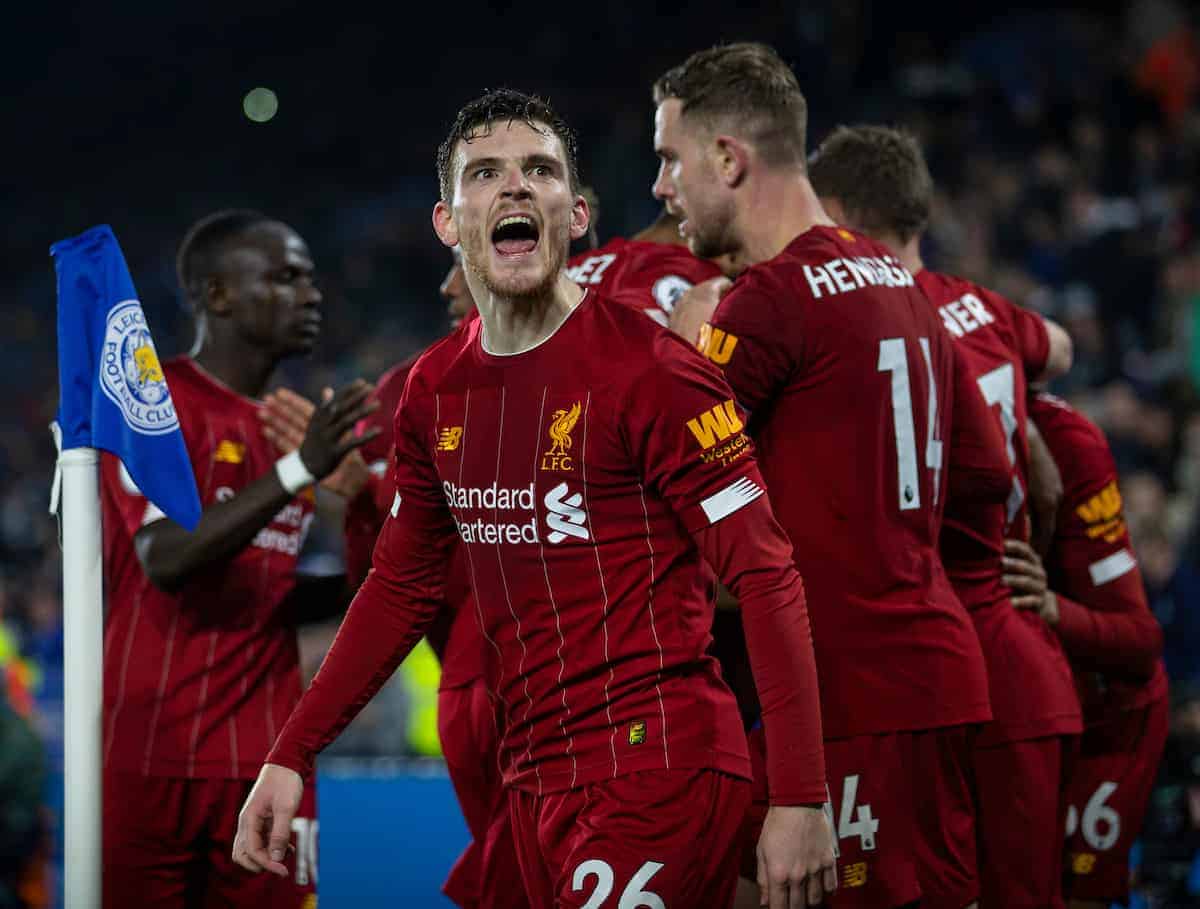 During the first 45 minutes Liverpool looked like a team that had enjoyed a rest, rather than one which had just made a trip to Qatar and back, having played two draining games there against unfamiliar opposition, one of which went to extra-time.

“Liverpool are making it look like a stroll,” observed Jon Champion on Amazon’s commentary, and they were making one of the best teams in the league look very ordinary.

Many of Liverpool’s recent performances have fallen into the ‘not played well but got the win’ bracket—but here they were very impressive. Perhaps as impressive as they have been all season.

It was their biggest league win of the season so far, and they limited one of the best teams in the league to something between nothing and scraps. Brendan Rodgers’ side finished the game having had no shots on target—the only time this has happened to them this season.

If they had been more clinical in the first half, this could have been even more embarrassing for Leicester, but 4-0 was enough.

It wasn’t a surprise when the Reds were under the cosh for a while on the hour mark, and it felt like Klopp needed to make a change around that time as collective fatigue began to set in.

The change came, Milner slotted away a penalty, and Liverpool strolled to victory.

From Foxes to Wolves

As Klopp has already pointed out, Liverpool have a slightly longer break than most other teams, but it’s probably deserved given the ridiculous situation they were put in by the clash of EFL Cup and Club World Cup games.

Nevertheless, this is a short turnaround and one which isn’t too different from the Europa League–Premier League follow-on which many teams struggle with.

Liverpool don’t have many options at the back when it comes to rotating, though they would probably like to keep this Gomez-Van Dijk partnership intact anyway.

It’s at full-back they struggle, and Milner could come in to replace one of Alexander-Arnold or Robertson.

Divock Origi might get a start, and Xherdan Shaqiri could come in, but rather than want to rest, the players are likely to want to push on and continue where they left off in what could be a season-defining performance against Leicester.