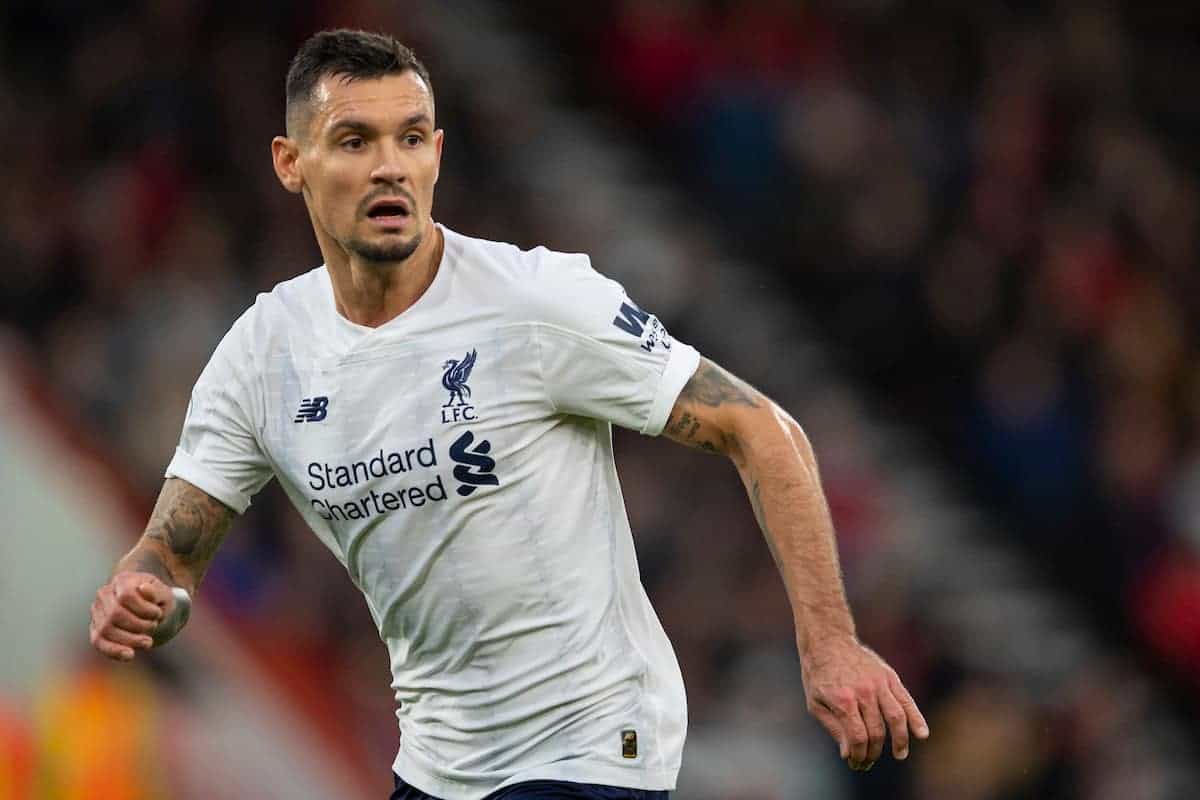 Jurgen Klopp has conceded that Dejan Lovren is out for the foreseeable future, leaving Liverpool with limited options at the back.

For a second successive game, Liverpool’s No. 6 was withdrawn from proceedings with an injury.

Lovren was first taken off in the first half against Bournemouth with what was deemed as “a little cramp” and he duly recovered to take his place in the starting XI in the win at Salzburg on Tuesday.

But he was again forced from the field, this time in the second half, with a hamstring complaint.

The manager had hoped that the news was similar to that which emerged against the Cherries after the final whistle in Austria, while Lovren was clear that it was a hamstring complaint as he walked through the mixed zone in the Red Bull Arena.

And the boss has now confirmed that Lovren is set to be on the sidelines for an undetermined period of time, with the injury “more serious than last time.”

“Out. He will be back before my contract ends, obviously. But he’s out – muscle injury this time,” he told reporters.

“More serious than last time. We have problems. No [timeframe].

“It’s a concern. It’s not the first time we are in a situation like this. One game Fabinho played there last year, but he is out. That’s not too cool.

“We have to be creative, we have the kids, with Ki-Jana and Sepp. We have still ‘defensively-minded’ midfielders, where we can use different systems. I have a lot of ideas but I hope to not have to use them.”

The news leaves Vigil van Dijk and Joe Gomez as the only two recognised senior centre-backs within a period of time which sees Liverpool play seven games in 19 days, with Joel Matip still on the sidelines until the new year – and Fabinho similarly.

As Klopp noted, he will now need to look elsewhere with youngsters Ki-Jana Hoever and Sepp van den Berg potential options, while Gini Wijnaldum and Jordan Henderson are the ‘defensive-minded’ midfielders who could step in and fill the position.