Jurgen Klopp is faced with a quick turnaround and post-Christmas battle at Leicester as he leads Liverpool into their first game as world champions.

The Reds returned to Merseyside directly after their triumph over Flamengo in the Club World Cup, with Jordan Henderson emerging from the plane holding the trophy.

That makes it two trophies so far this season, and now Liverpool return their attention to the biggest prize in the Premier League.

Leicester‘s 3-1 loss to Man City on Saturday ensured Klopp’s side still hold a 10-point lead at the top despite playing a game fewer, and this provides the perfect opportunity to extend that at the expense of their closest challengers.

Klopp could rotate his selection once again, to avoid any fatigue during the festive schedule, while he will be hoping at least one injury problem is resolved as another presents itself.

Here’s how Liverpool could take to the field at the King Power.

The headline from Klopp’s pre-Leicester press conference came with the confirmation that Alex Oxlade-Chamberlain had suffered ankle ligament damage.

Oxlade-Chamberlain limped off in the 75th minute of the Club World Cup final, and after scans Klopp told reporters that he had “no chance [of returning] this year.”

This rules the No. 15 out of the trip to Leicester, and likely a significantly longer run as he recovers from another setback in his Liverpool career.

He joins Fabinho, Joel Matip and Dejan Lovren on the sidelines, and though Klopp said the trio “are really in a good way,” they will all miss this clash too.

The good news comes in the shape of Gini Wijnaldum, who returned from a hamstring injury to take his place on the bench for the final in Doha.

Wijnaldum did not come on over the course of the 120 minutes, but his presence in the squad should suggest he is fit to reclaim his place in the midfield as Oxlade-Chamberlain drops out.

Given the importance of this clash, and the opportunity to drive a bigger wedge between themselves and Leicester, it is likely Liverpool will be full strength at the King Power.

There is little wiggle room in terms of the defence, with Alisson a shoo-in to start behind a back four of Trent Alexander-Arnold, Joe Gomez, Virgil van Dijk and Andy Robertson.

In midfield, Jordan Henderson is likely to maintain duties as No. 6, and with Oxlade-Chamberlain out it could be that Naby Keita is preferred as the third man in the unit alongside Wijnaldum.

Up front, though Mohamed Salah played all-but every minute in Qatar, he could start again, next to Sadio Mane and Roberto Firmino, in order to fire the Reds to victory: 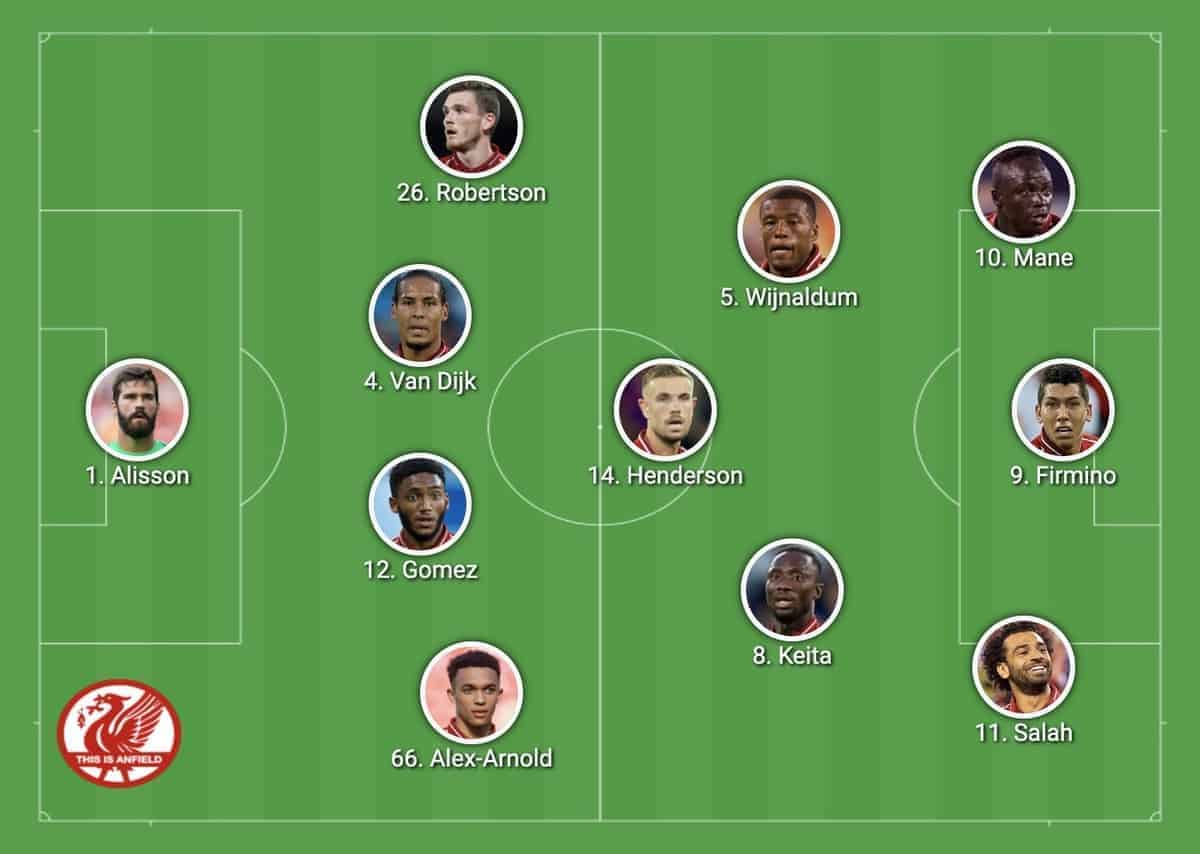 There is the prospect of more rotation, however, and there is scope for James Milner to return to the starting lineup and allow Robertson an evening’s rest.

With Ayoze Perez likely to start on the right flank for the hosts, speed is not a major issue for Klopp’s left-back, which could see the manager turn to the veteran to fill in.

If Wijnaldum is still not fit to start, the Reds could take to the field in a 4-2-3-1, which would also present the opportunity to name Salah on the bench after a busy Club World Cup.

With Henderson and Keita serving as the two-man midfield, Xherdan Shaqiri and Divock Origi could return to the fold to join Firmino and Mane in attack: 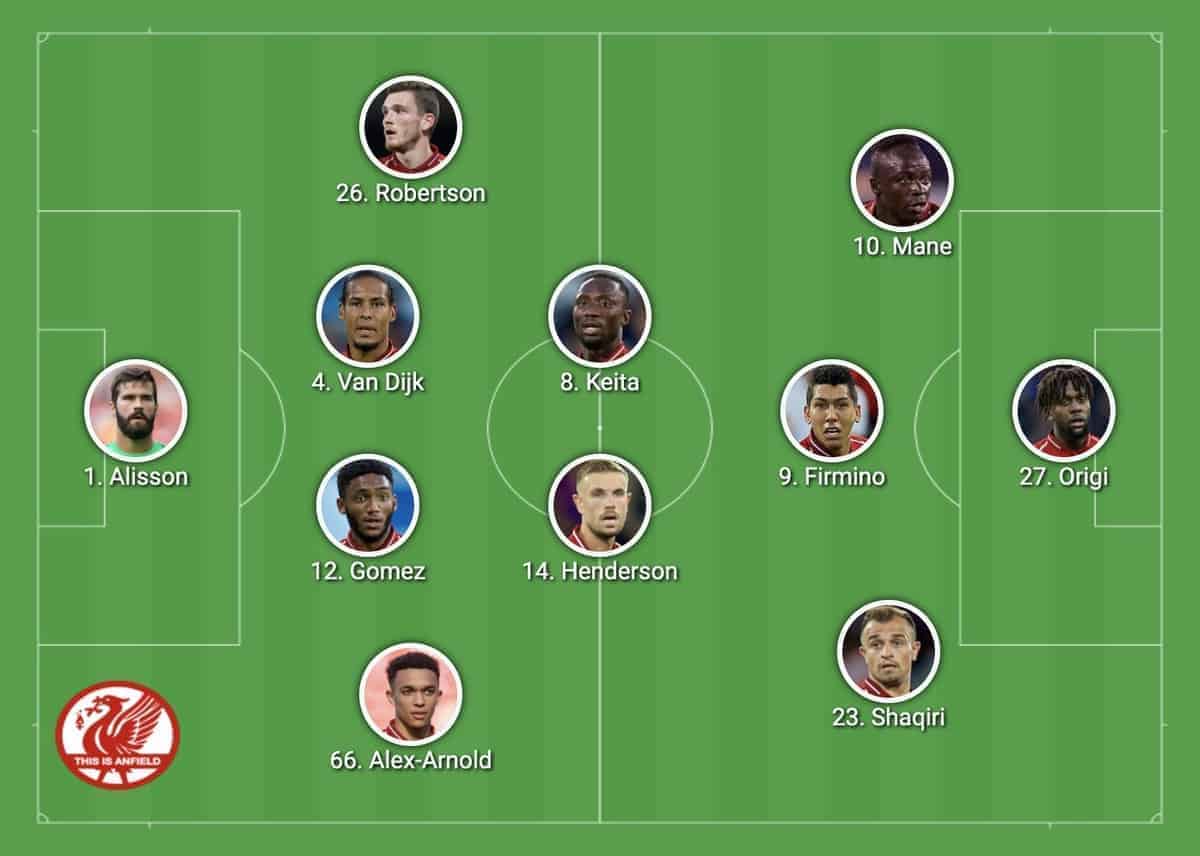 With a slightly more comfortable home clash with Wolves to come on Sunday, it is more likely the changes will be made at the weekend.

But there is flexibility in the squad despite the number of injuries, and Klopp could still spring a surprise on Brendan Rodgers on Boxing Day.