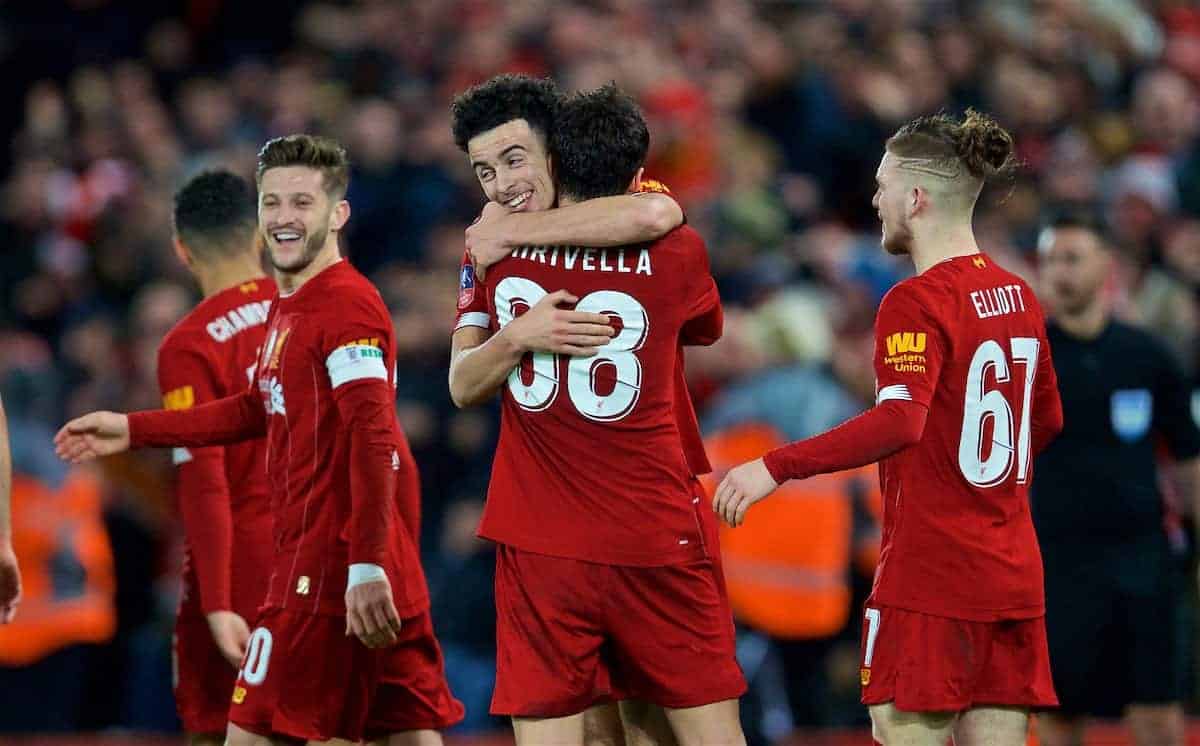 An act of mad genius combined a sprinkle of experience with a plethora of emerging youth, and it was nothing but child’s play for Liverpool against Everton.

Five different competitions in 27 days. No other team in English football has ever been asked to partake in such insanity before.

The outcome of this itinerary of games – inclusive of the lunacy of the Christmas period – was the line-up Jurgen Klopp named for the 25th FA Cup Merseyside derby. 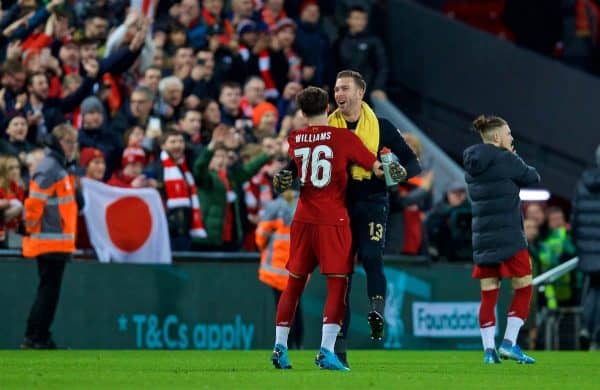 An act of a mad genius, when the team news filtered through as I strolled up to Anfield I was left almost punch-drunk by the boldness of the decisions Klopp had made. Yet, not for one second did I write the afternoon off as a lost cause.

In retrospect, Liverpool won this game as soon as the draw was made. Everton were always going to psych themselves out of it.

Had Klopp named a full-strength side then it might have been an easier experience for them.

Now armed with Carlo Ancelotti, a man attuned to the biggest games and the biggest players, an undeniable class act, Everton are a club that could have an interesting future, especially if the rumours of fresh investment come to something.

On Sunday however, he cut the image of Paul McCartney being asked to front The Rutles.

Those Liverpool kids though. No respect for their elders. Harvey Elliott is 16 (sixteen). That is such an impressive notion that it needs highlighting by the worded version, within brackets, in the same way a high scoring football result is acknowledged on the Vidiprinter.

Men in boy’s bodies, Neco Williams, Yasser Larouci, Curtis Jones and Elliott played way beyond their years. None of them had been born when Everton last picked up a win at Anfield. Rhian Brewster also ticks that demographic.

The line-up selected by Klopp, the early loss of James Milner. It all contrived to put every ounce of pressure on to visitors that were classed, by at least one betting conglomerate, as the favourites to win.

They might well have had the more experienced set of players on duty, but given it is over 20 years since Everton last procured a win at Anfield, they also arrived with all the ‘baggage’.

Ghostbusting at Anfield is proving to be the impossible dream for those of a royal blue hue.

There was a heavy degree of gravity being defied by Liverpool however. Of the 14 players to make an on-field contribution on Sunday afternoon, eight of them had played fewer than ten times in a Liverpool shirt. Three were making their debuts.

The average age of Klopp’s team was five years younger than that of Ancelotti’s. This was roughly matched in terms of the collated transfer fees of the players on duty for each team. Incredulous really.

Takumi Minamino was one of the most experienced players in the Liverpool team, but only in terms of football in general. As a Liverpool player, he was as new to this as Larouci and Nat Phillips were. That was 70 very impressive minutes of football he put in.

Phillips was an interesting element, as he swung from assured to blind panic at times. He seemed so cool and composed one minute, and then it was if a penny dropped that completely threw him. “I’m playing at Anfield, in a Merseyside derby” upon which he would momentarily zone out. 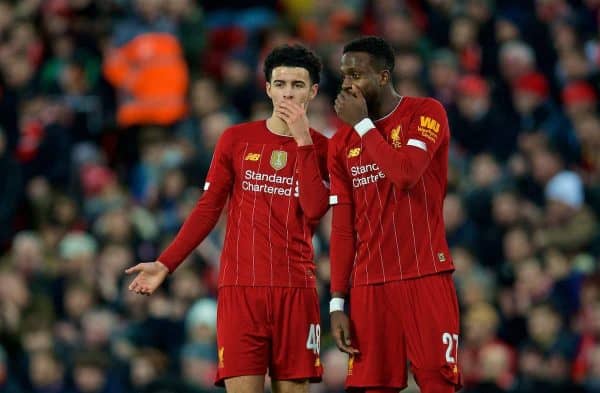 In this respect, Joe Gomez was a soothing presence. A man that is back to the form he was showing before last season’s injury.

Adrian made a string of crucial early saves. He is quite possibly our most accomplished back-up keeper in a generation. I fully approve of the all-black strip that our keepers wear. It makes them look so much bigger; it makes them look imposing and unbeatable.

This was a day when everything flowed through Adam Lallana though. Majestic and unshakable, his contribution was so impressive that the Anfield congregation serenaded him during the second half. Could he enjoy a meaningful renaissance in a Liverpool shirt yet?

It was Jones who stole the headlines in the end, however. What a way to win a Merseyside derby.

It is going to be an interesting ride for him from here. No shortage of talent and confidence, he gives the impression that he wants it all and he wants it now. For Klopp, it will be a mammoth challenge to stage-manage Jones.

Into the hat we go for the fourth round draw then. We couldn’t be blamed for feeling like we are owed a kind draw, the sort of draw that Manchester City seems endlessly blessed by when it comes to the FA Cup, and the League Cup come to that.

The smart money must be on another difficult curveball though. At least Everton proved to be child’s play.