Jurgen Klopp has opted for one change for Liverpool’s first clash of 2020 tonight, as they take on the upwardly mobile Sheffield United at Anfield.

The Reds ended the decade with a hard-fought 1-0 win over Wolves, in a game marred by more VAR delays as scrutiny over the use of technology in the Premier League heightens.

Klopp will be hoping for a more straightforward evening as his side kicks off the new year, but they come up against a United side in excellent form this season.

As such, the manager has opted against major changes to his lineup, with Sunday’s FA Cup clash with Everton more likely to see heavy rotation as youngsters and new signing Takumi Minamino come into contention.

Alisson makes his 50th league appearance for the club tonight, with the Brazilian behind a defensive line of Trent Alexander-Arnold, Joe Gomez, Virgil van Dijk and Andy Robertson.

Jordan Henderson, Gini Wijnaldum and James Milner make up the midfield trio, with Naby Keita ruled out in the warmup due to injury.

And in attack, Mohamed Salah, Sadio Mane and Roberto Firmino all start again as Klopp appears set to return to a 4-3-3 formation.

With Minamino ineligible and injuries ruling out five senior players, the likes of Nat Phillips, Curtis Jones and Harvey Elliott are called upon to flesh out the substitutes’ bench. 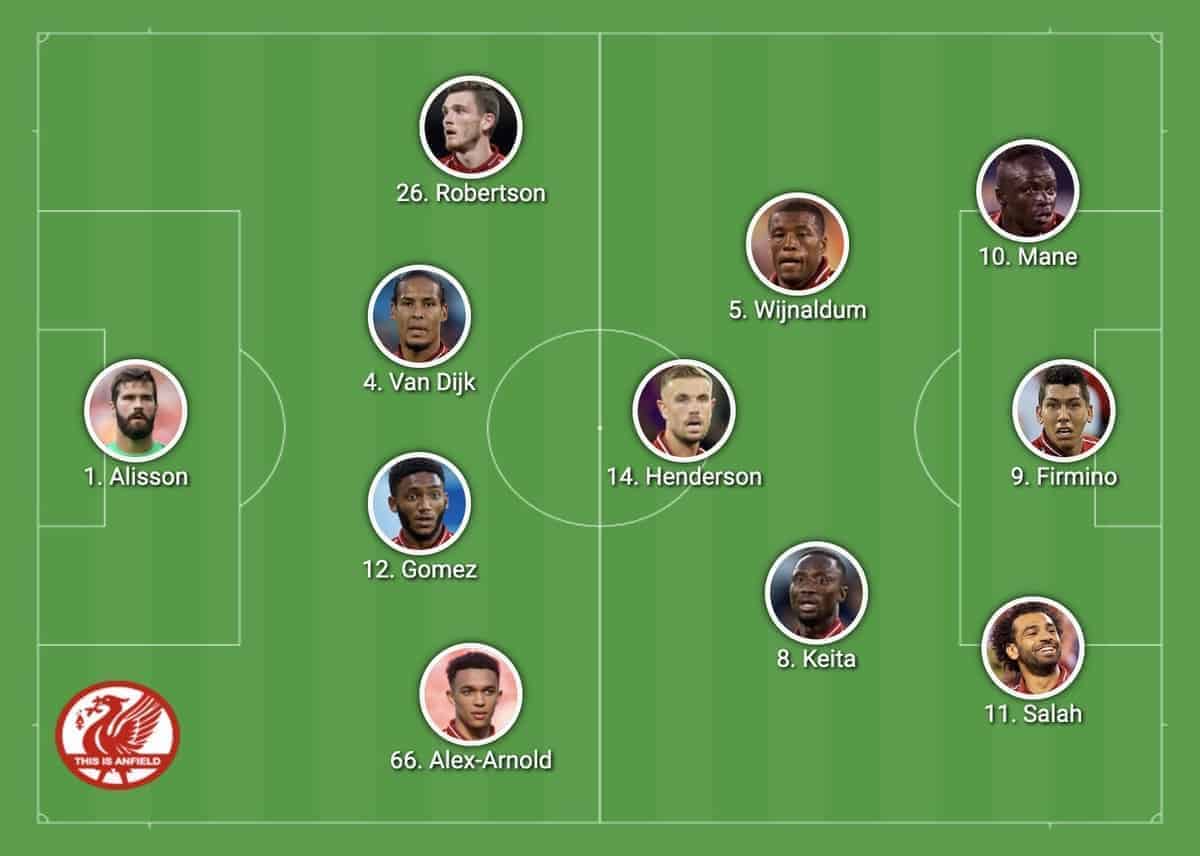