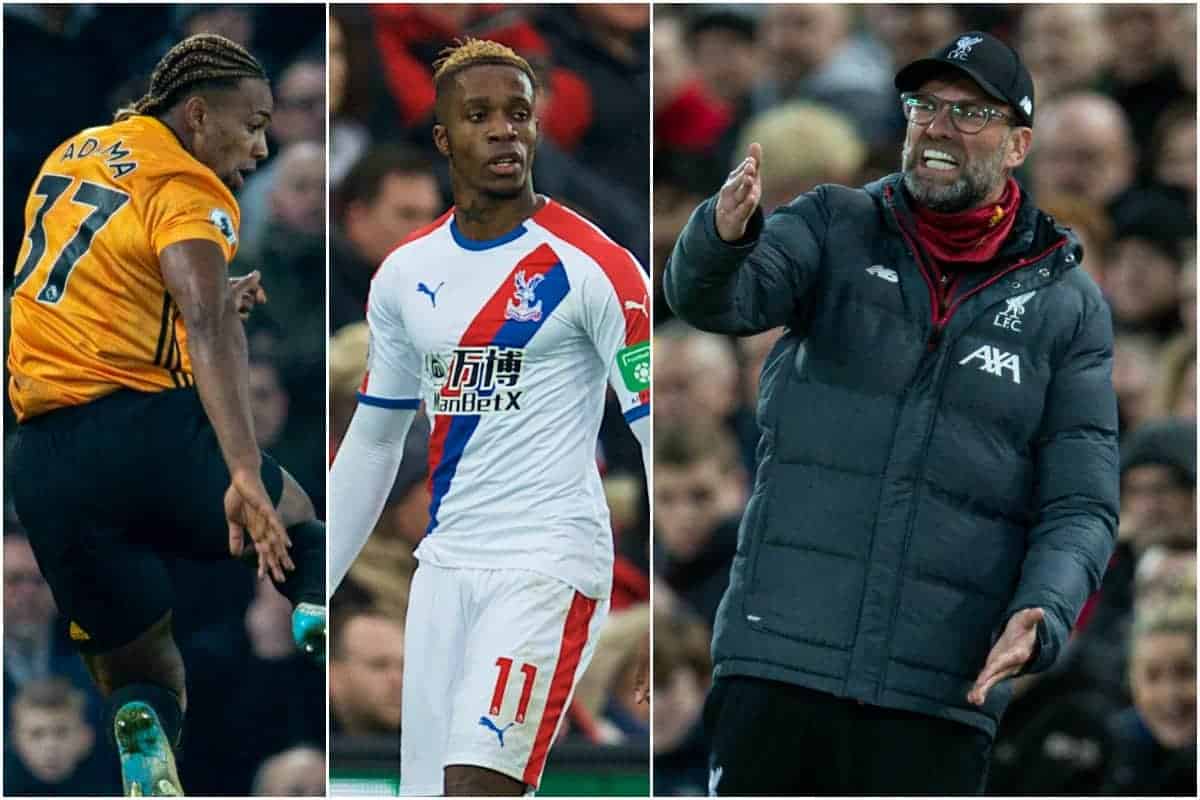 Liverpool have leapfrogged Man City partly thanks to an ability to deal more effectively with opposition threats, but the Reds are about to face the most dangerous player in Europe.

No sooner has the dust settled following Alisson’s length-of-the-pitch gallop to celebrate Mohamed Salah’s goal against Man United, than the Premier League is back and Liverpool face a potentially tricky trip to Wolves.

It was less than a month ago that Jurgen Klopp and his team had to work out Wolves at Anfield, emerging with a 1-0 win in the heart of a busy festive period.

Both sides had 10 shots that day but Liverpool created the better chances with Sadio Mane scoring the only goal.

Following this defeat, Wolves went on a run of four games without winning, but over the weekend they managed an impressive comeback win at Southampton, and go into this second meeting with Liverpool on a high. 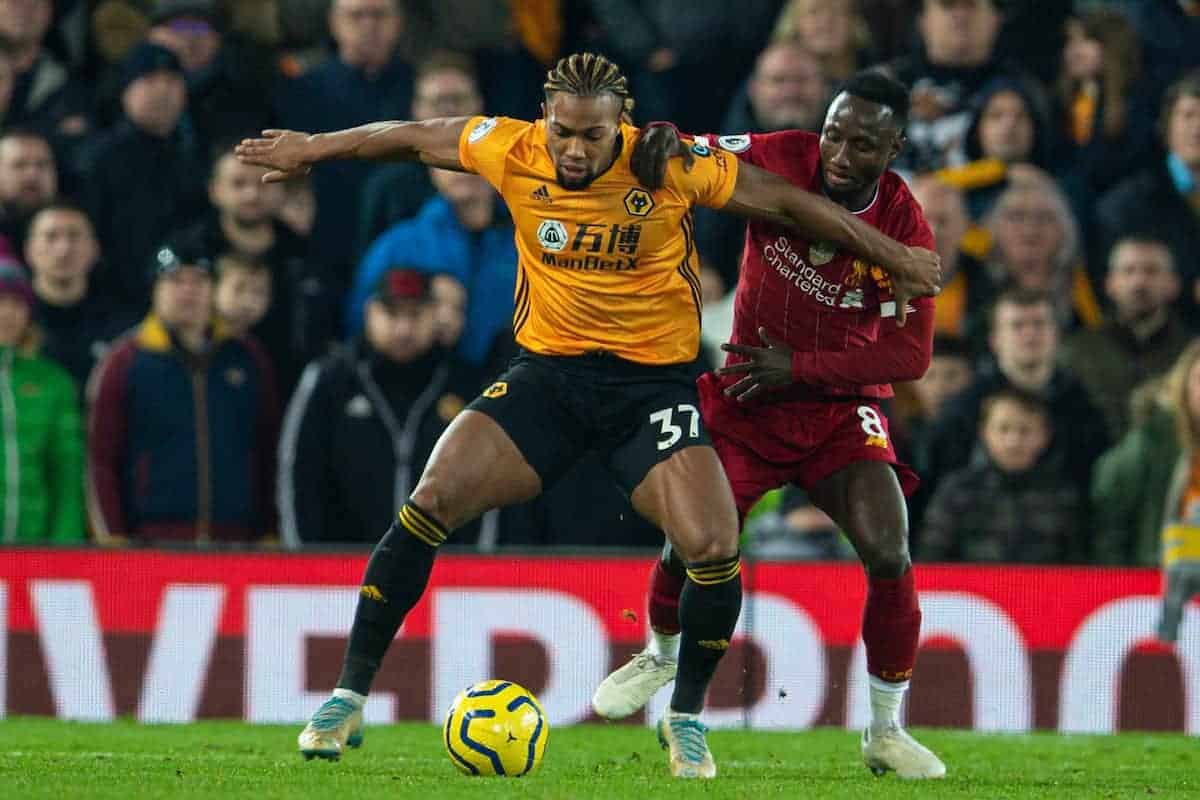 It could be argued that the West Midlands club have one of the most dangerous players in the league outside of Liverpool.

Adama Traore is the best carrier of a football since they started collecting stats for these things.

In total, he has attempted 169 take-ons giving him a success rate of 75 percent which, especially given the sheer amount, is an almost unbelievable number.

To take this beyond the Premier League for a moment for some context, Lionel Messi—football’s benchmark—has been successful with 79 of his 107 attempted dribbles giving him a success rate of 74 percent, and averages 5.3 take-ons per game.

When it comes to dribbling, Messi is compared to Traore, not the other way around!

Liverpool’s opposition analysts may have come up with a plan to stop Traore, and in the past Virgil van Dijk has been one of few players able to keep up with the Spanish speedster.

But it would be no surprise to see Traore leave a number of Liverpool players in his wake in the upcoming game at Molineux.

How do you defend against Adama Traore?

The 23-year-old is much more settled this season and has done what every opposition team dreaded: he’s added an end product to all this dribbling fun.

He assisted two of his side’s three goals against Southampton, giving him six in total for the season to go with his four goals, three of which were scored against Man City.

Liverpool have Traore to thank for six of the points the defending champions have dropped this season, but on Thursday they will be hoping Wolves rotate their lineup leaving him on the bench, as was the case at Anfield. 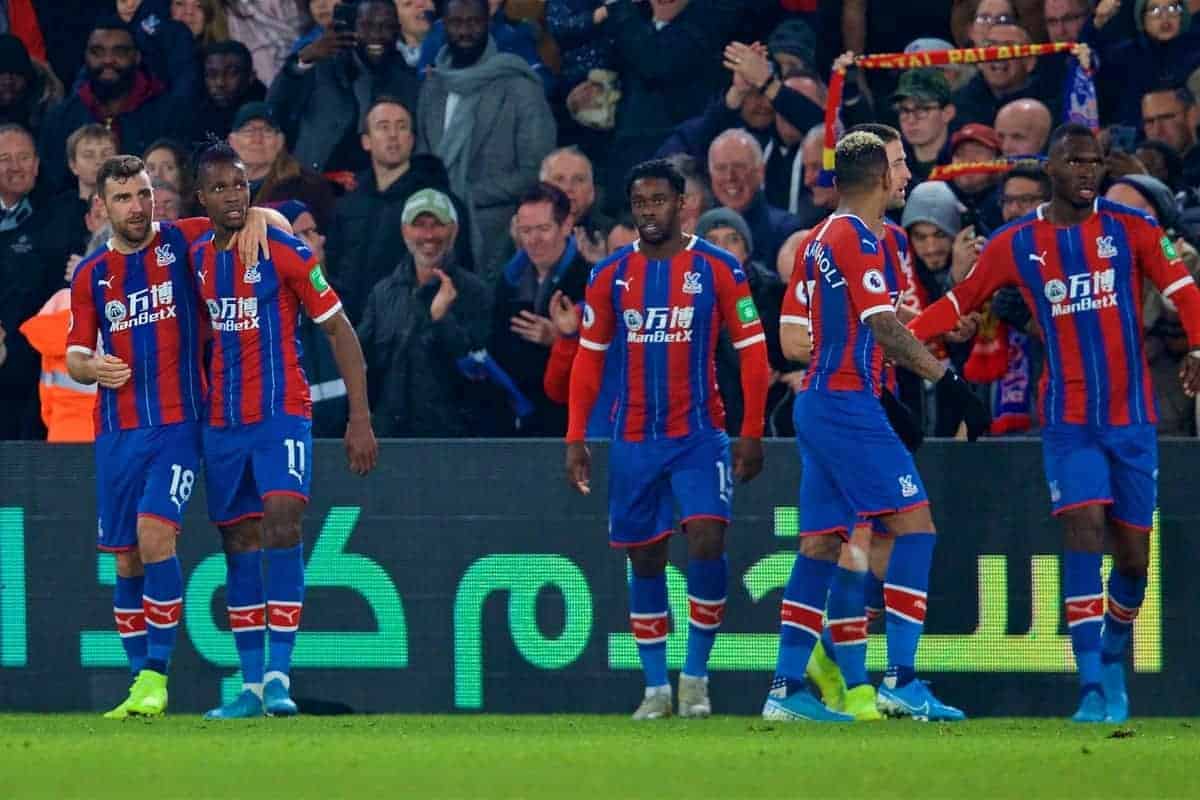 It’s a result, combined with Liverpool’s defeat of Man United, which left the Kop singing “we’re gonna win the league” at the end of the weekend.

Credit has to go to Roy Hodgson for the way he set his side up, even though the 72-year-old was not eager to take the credit for himself after the game.

Palace did what a lot of teams do at the Etihad in terms of defending, but it was in attack that they had something more about them than most.

That something more is Wilfried Zaha, who is second to Traore in terms of his ability to take people on, having attempted more (181) but completed fewer (114).

This take-on success of 63 percent can lead to some frustration as he regularly loses the ball, but it’s better for Palace to have a player like this than not, and the partnership between him and the new signing from Everton, Cenk Tosun, was encouraging for the Eagles. 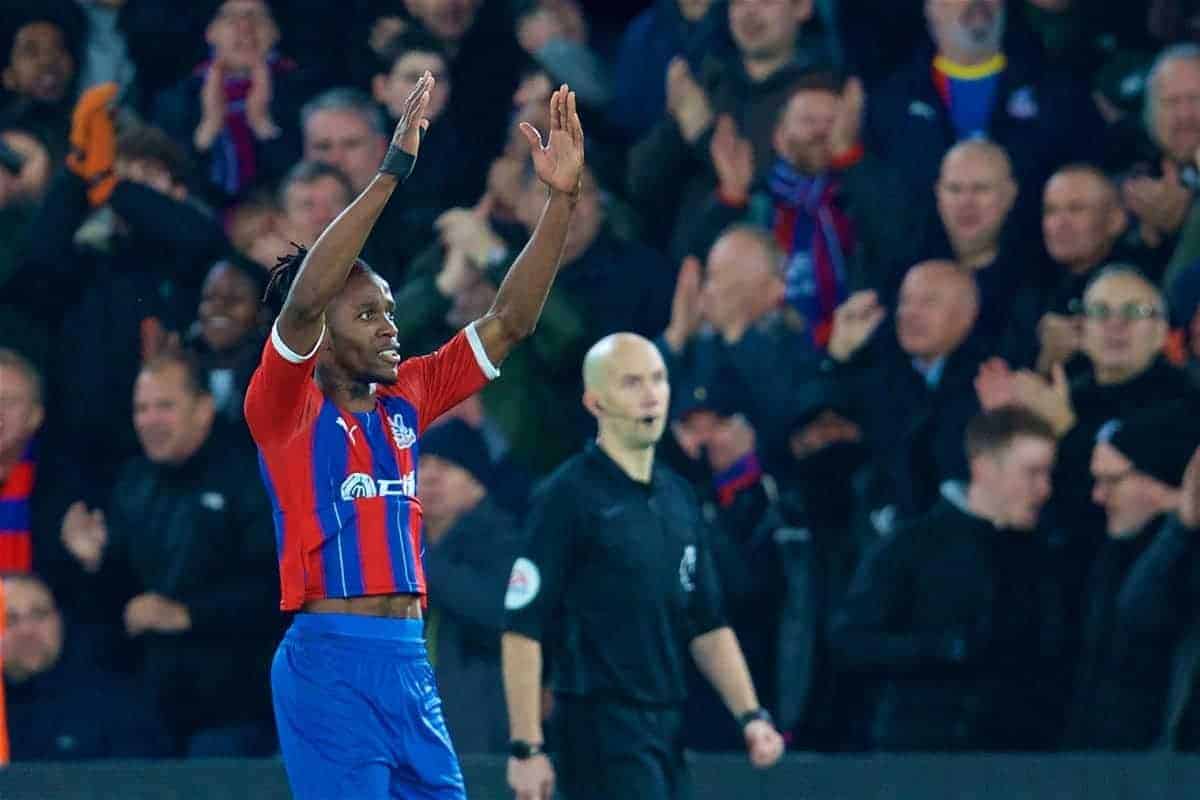 The City game wasn’t Zaha’s best, either, but it was noticeable that he worked hard off the ball, often closing down high up the pitch to no avail, but still going again at the next opportunity.

It was his late surge, dribbling to the byline before crossing for Fernandinho to turn into his own net, which secured a point for Palace.

They took the lead before conceding twice to Sergio Aguero who looked like he had won the game for City, but Pep Guardiola’s side don’t have the ability in defence to hold on to anything if they are being pressured. 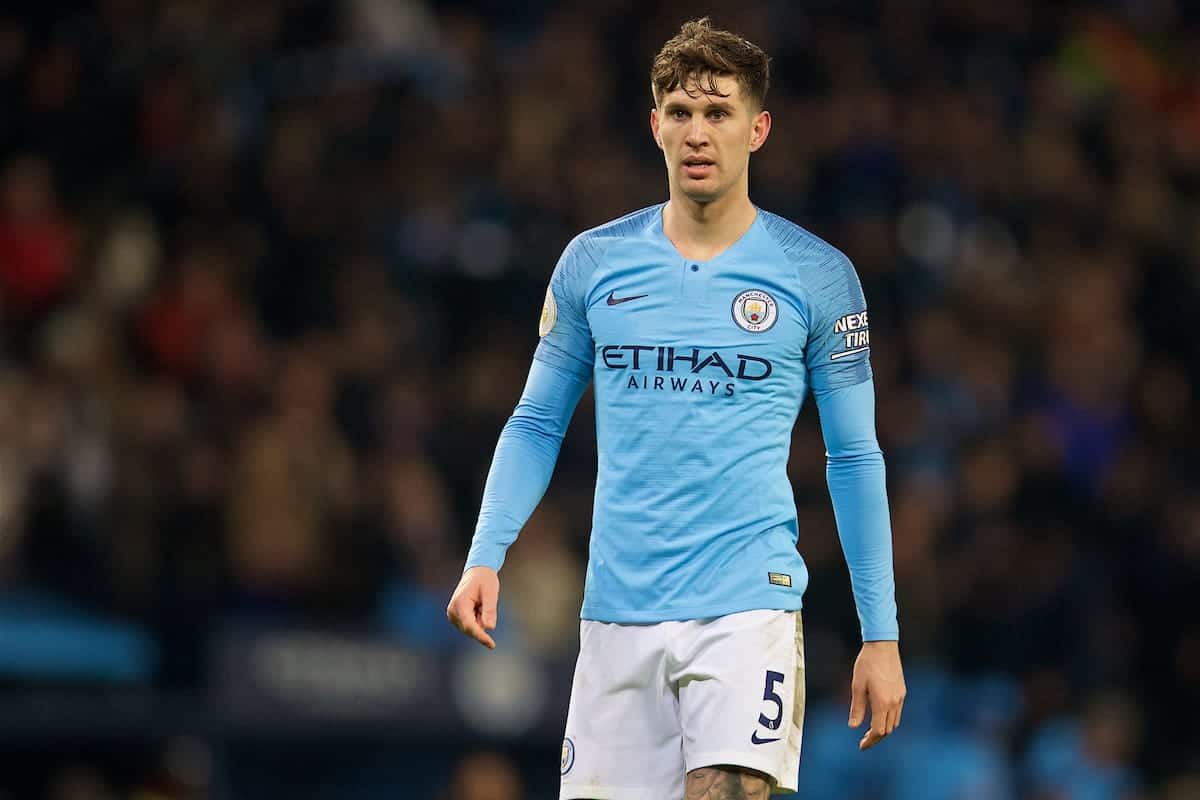 This inability to stop opposition dangermen, even if the opposition as a whole haven’t provided much danger, has been one of the biggest problems for City this season.

The loss of their best defender Aymeric Laporte has hurt them, but they have two players in Nicolas Otemendi and John Stones who cost around £75 million combined but don’t look anywhere near the level of, for example, Joel Matip and Joe Gomez, who cost Liverpool £3.5 million.

Stones and Otamendi are not bad players (contrary to popular belief, especially in the case of the latter) but something has gone wrong somewhere with both at City.

The Argentinian looked slightly more comfortable under Manuel Pellegrini in his first season, and though he has had good spells since, he has never felt like the answer.

Stones should have been the answer. A ball-playing centre-back who Guardiola can mould into his ideal defender, but somewhere along the line they seem to have forgotten about the defending part.

Zaha’s canny dribbling and Stones’ tendency to make daft mistakes combined when the City man clumsily put his foot across Zaha’s path for what looked like a nailed-on penalty, but it wasn’t given. 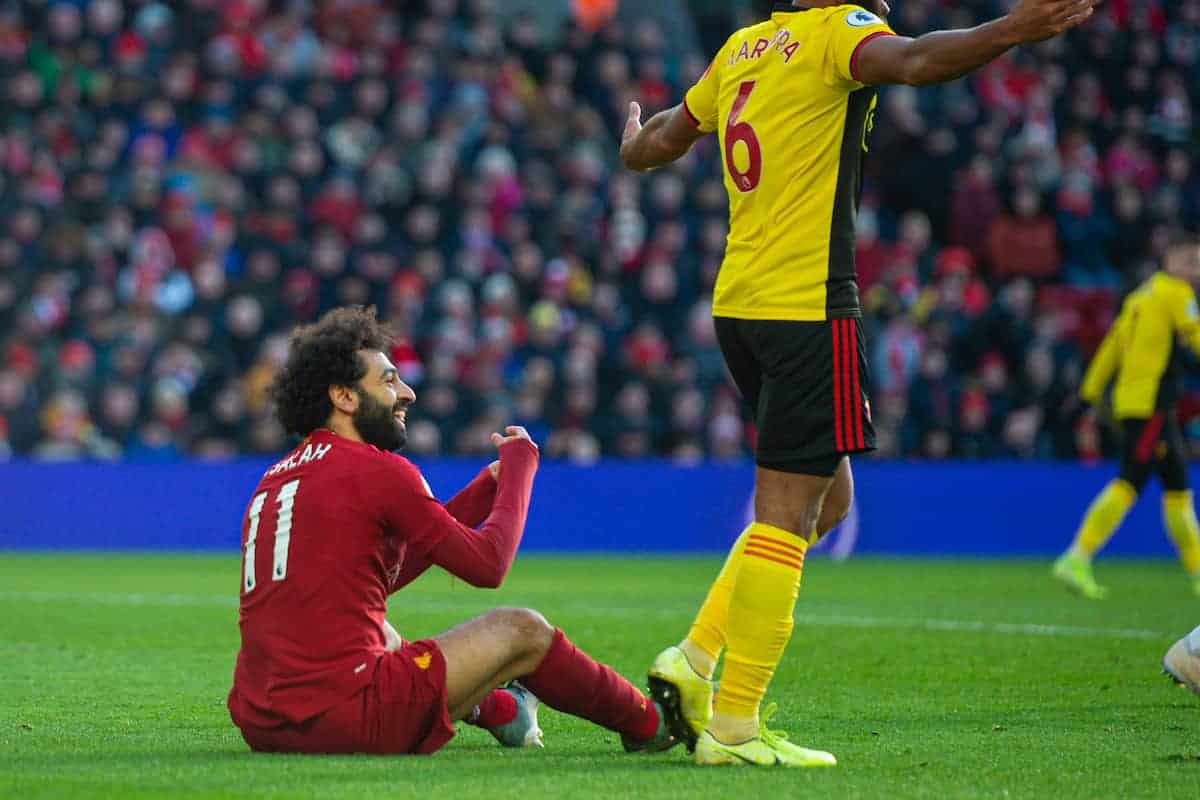 The excuse made was that Zaha had stepped across Stones to engineer the contact, something which would be seen as clever play if it were another player, but some such as Zaha, Salah, Mane and Raheem Sterling seem to be judged differently to others when it comes to this kind of incident.

The error was on Stones’ part, and he was lucky he was not punished, but in the end City were punished by Zaha as the dangerman did his job.

Liverpool need to do what City couldn’t against Zaha and Traore if the latter starts the upcoming game.

They will need to watch out for the most dangerous ball-carrier in Europe, and the calm, cool, unruffled and positionally astute Van Dijk might even have to break into a sprint.